Amid Budget Shortfall, All Departments to Face Winter Quarter Cuts 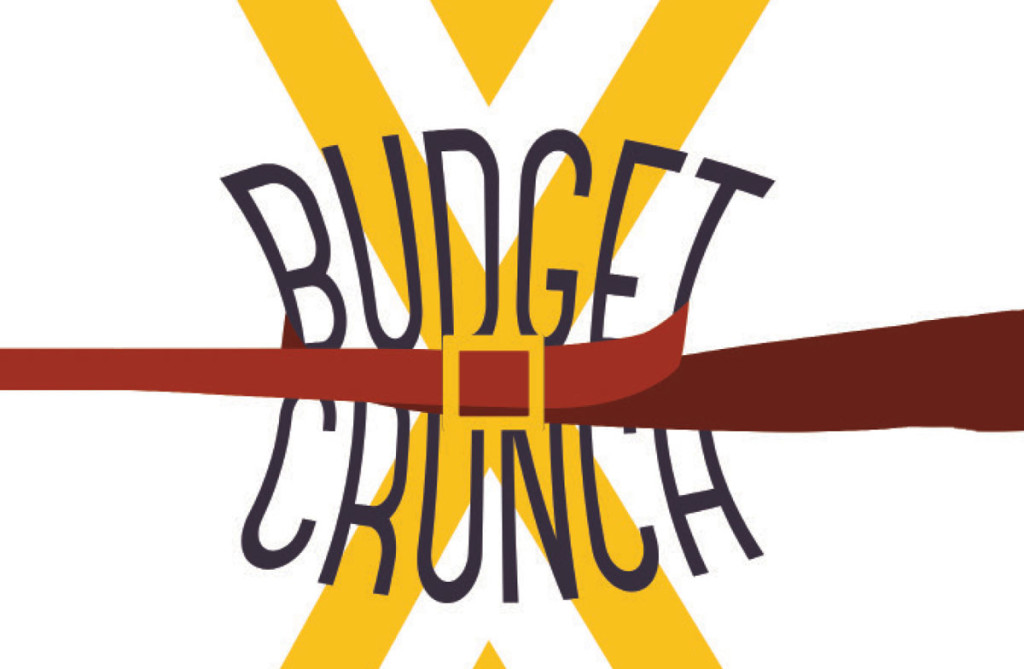 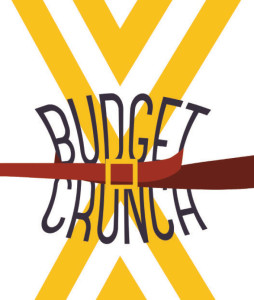 As proposals to combat the revenue shortfall are finalized, students and faculty share growing concerns about which resources the budget cut axe will strike hardest.

Earlier this month, President Fr. Stephen Sundborg, S.J. sent a letter to faculty and staff informing them that various factors, primarily lower enrollment, but also increases in financial aid and faculty benefits driven by the cost of health care, resulted in an estimated revenue shortfall of $4 million. According to Vice President for University Planning and Assistant Vice Provost Dr. Robert Dullea, the final figure is actually much greater than what was expected and will be made public sometime soon.

To combat the shortfall, every division of Seattle U – excluding the School of Law, because it took steps in the previous year to manage its own operations – was asked to reduce its budget by 4 percent, which means classes, faculty workshops, course assessments and other benefits, like travel expenses and catering, will be cut back starting this winter. Schools and colleges were asked to propose courses to cut that would result in the least damage to students’ academic experience.

“Nobody wants to cut so many courses that students can’t graduate or make progress towards their degree,” said Director of the University Core Curriculum Jeffrey Philpott.

Philpott worked closely with the deans of the different schools and colleges to help them identify which core courses can be cut without adversely affecting students, such as courses for which multiple sections were created to meet the expected enrollment. Cuts in the core curriculum mean that while the number of course sections might be reduced, the course will at least still be available.

Besides reducing the number of course sections, the capacity of module II and module III core courses will see a slight increase from 28 to 30 students.

“We really want it to stay at that 28, but to do our part for the budget cuts we made a temporary increase in the capacity,” Philpott said.

Altogether, after reducing sections and increasing class capacity, about 15 core classes will be cut for winter and spring, including UCOR 1800, UCOR 1200 and UCOR 1100.

While Academic Affairs as a whole will cut its budget 4 percent, some areas were asked to reduce their budget as much as 6 percent, while others will feel a lesser impact of 2 percent.

“The purpose of doing that was to identify where cuts did more damage,” Dullea said. “We wanted to go forward with a combined approach that minimized the effect of the expense cuts.”

The University Core Curriculum office was immediately asked to contribute 6 percent because it is an administrative department that does not require letting teachers go or cancelling any classes. To meet their budget goal, they had to cut back on workshops offered to faculty members, money available for evaluating courses, and travel expenses.

Similarly, College of Arts and Science Dean David Powers cut back on travel and catering expenses to minimize the impact on classes offered.

In his college, the number of cut classes will range from 13 to 20, which Powers said is a relatively small number considering the hundreds of other courses offered.

“I expect some folks to not see an elective or two, or maybe we will have fewer sections of classes where we usually run a lot of sections,” Powers said. “But you shouldn’t see a large reduction.”

He also mentioned that in situations where classes of 10 students might be combined with a class of six students, no course in his college will have a capacity of more than 30 or 35 students.

While reductions will look different across each school and college, most will not see major reductions other than several core classes and electives, besides the Albers School of Business and Economics, which will not have any core classes cut.

Besides concerns about class offerings and class capacity, many people are wondering what the shortfall will mean for faculty. Dullea said that no full-time tenured or non-tenured faculty will be let go, but some part-time faculty will not be hired to teach their scheduled sections if those courses have been cancelled.

“Some of those [courses] won’t run as we planned for [part-time faculty], and a lot of them were not officially scheduled yet,” Powers said. “But that’s sort of the normal process within the year of looking at which courses are low-enrolled.” 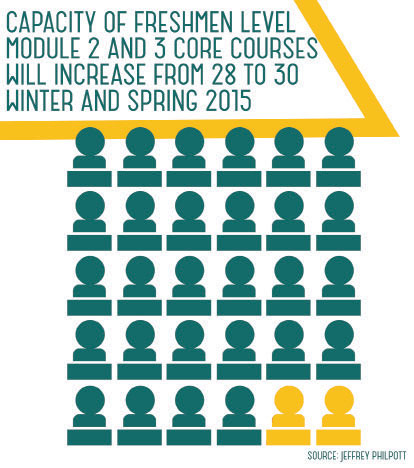 According to Philpott, while this issue is temporary, it is not something that can be resolved completely. As an institution receiving more than 90 percent of its budget from tuition, adjustments will always need to be made according to enrollments. He said the changes this year, though difficult, were necessary, and various departments were good about making sure they did not cut too far.

“I think it was done in a way of integrity and honor,” said Director of University Budgets Ivette Serna. “A lot of deeply skilled, competent, committed people with a heart for the institution tried to make the best decision they could in a difficult scenario.”

Finalizations regarding the budget cut will occur in the upcoming weeks, with most offices aiming to complete changes before winter quarter registration begins. 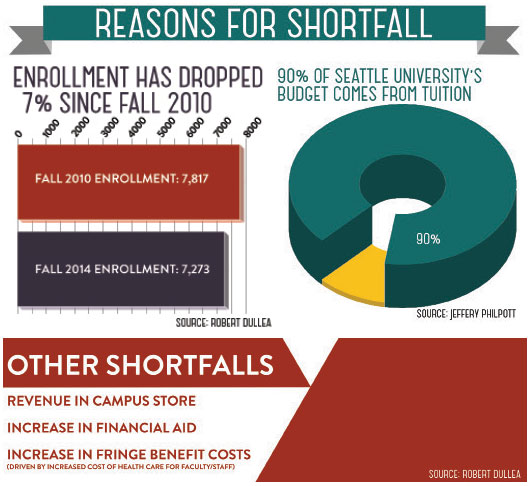