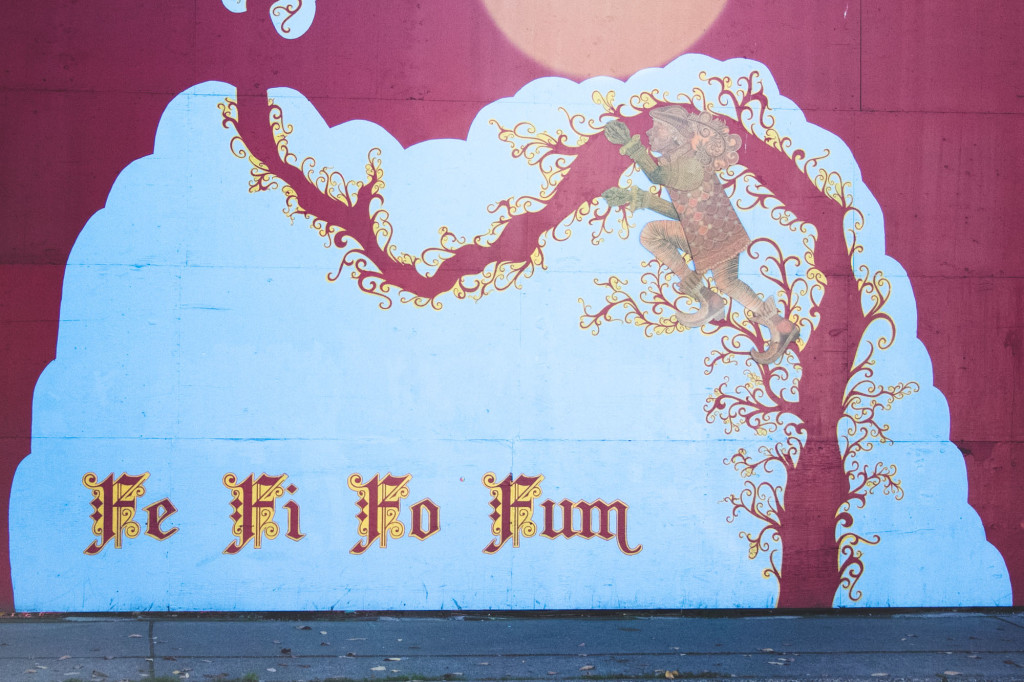 Five years ago, Capitol Hill Sound Transit kicked off a project to create a light rail that will connect Downtown Seattle, the University of Washington and Capitol Hill.

The final stages of the project began earlier this summer with the exit of the giant crane that had occupied E. John St. and Broadway since the project’s conception. Now the “Red Wall,” erected when construction began, is being dismantled panel by panel.

The various murals and other works of art covering the wall, which were commissioned by the CHST, are also being disassembled and shipped away from their homes on Capitol Hill. Some pieces are being given back to the local artists who crafted them, while other large, unwieldy pieces are coming down with the rest of the wall.

A Sound Transit spokesperson told CHS that the paneling should be gone by spring of next year, but that plan is “contingent and subject to change based on contractor schedules.”

Thus the artwork, some of which has been present on Capitol Hill since 2010, will be entirely removed in just over a year.

“I have no idea what I would do with 100 pieces of plywood,” said artist Baso Fibonacci after CHS asked him what he was going to do with the 120-foot mural he, with the help of Zach Rochstad and Japhy Witte, helped create.

The mural has dominated most of the East John St. stretch of the Red Wall since its conception in 2010.

According to the artist, the paneling wasn’t primed before the mural was painted and is now “falling apart,” according to Fibonacci. Still, the artist went on to hint that he may try to get a hold of a remnant of the piece before it is taken down.

The disassembly of the wall and its resident artwork is good news for the many people who commute to the U-District by public transportation on a regular basis, given that the current route is the crowded bus to Westlake Station. The Seattle Times reported that Josh Kavanagh, University of Washington transportation director, said students would benefit greatly if the rail were running before the 2016-2017 academic year begins.

“Having people be able to practice the means of commuting they will use during the school year would be wonderful,” Kavanuagh said.

Students are already enthused about trying out the new light rail.

“I would love it if the rail were functional ahead of schedule. I commute to Capitol Hill pretty regularly so the easier it is to get from UW to here the better,” said Max Slaughter, a first-year student at the University of Washington School of Law. “It is a bummer about the art coming down, some of it was pretty cool. Still, it does seem like progress is being made. I don’t mind riding the bus, but if the light rail were significantly easier I think it could be a cool option.

Slaughter hails from the Bay Area and said the plans for the light rail remind him of the Bay Area Rapid Transit back home. The Capitol Hill station in particular will serve a similarly dense population.

Meanwhile, Sound Transit reported that it plans to release land above and around the future Capitol Hill Station for redevelopment into apartments, retail, a plaza and community buildings in March 2016. According to a report published by the Department of Planning and Development, the site above the station (purchased by Sound Transit prior to construction) will be opened to projects regarding community and retail development. Ideas include a public plaza, which could serve as a permanent place for the Broadway Farmers Market.

For many students, the removal of the Red Wall and subsequent opening of the Sound Transit station will signify the end of an era. Time will tell if the new light rail station proves to be worth the years of work.

Will may be contacted at [email protected]