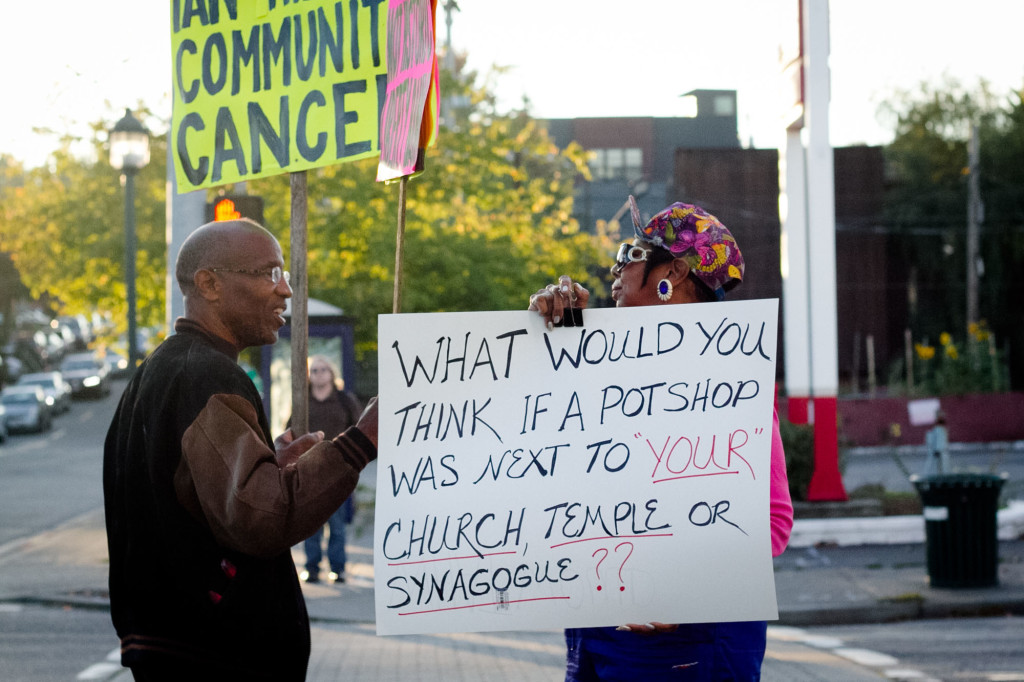 Rampant crime once haunted the area near 23rd and East Union St., where the church and Seattle’s new weed shop now reside. But in the last decade, this part of the Central District has seen a declining crime rate and a significant uptick in thriving businesses. That’s something the church is happy about, a former associate pastor said.

Earlier this month, almost two hundred members from the primarily black Christian center took to 23rd Avenue to protest the block’s new, pungent addition. It sits just feet from the church’s south wall, and it’s open for business on Sunday during church services.

Mount Calvary insists that the shop’s location leaves the church in a delicate bind because its youth members are taught not to do drugs.

Washington’s marijuana laws state that pot businesses cannot set up shop within a thousand feet of a number of institutions, including elementary and secondary schools, playgrounds, public parks, and libraries, among others. Churches, however, are not included in that list.

Some church members decided to protest because they have battled drug addiction or faced the brunt of a legal system that disproportionately incarcerates black people for selling weed.

“It’s very emotional for me to seethis pot shop open here,” said Patricia Rená Barnes, who attends the church and lives in the Central District. “Many of us were born and raised here and know people who went to jail for selling pot. To see the legal sales being protected here just feels hypocritical.”