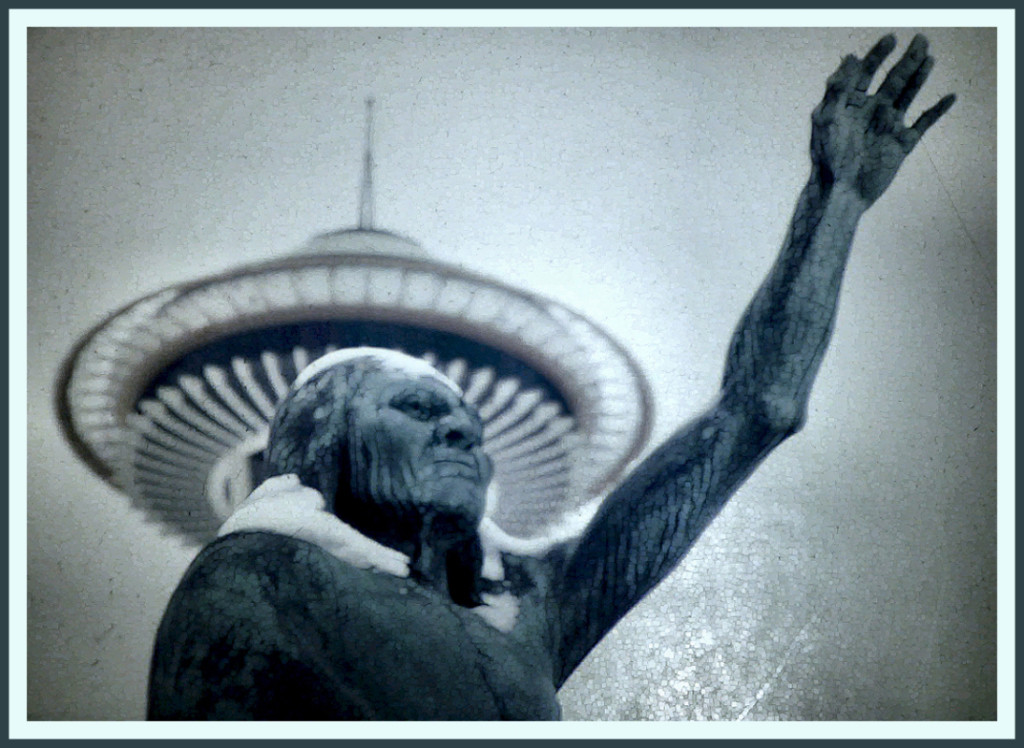 Christopher Columbus, the man who “discovered” America, is going to have to share his holiday from now on.

The city of Seattle has decided to recognize the second Monday of every October not only as Columbus Day, but also as Indigenous Peoples’ Day. The change was the result of a unanimous vote by the Seattle City Council last week, as well as the efforts of several advocates.

One of these proponents is Ethel Branch, co-chair of the Seattle Human Rights Commission. Branch grew up in the Navajo Nation in Arizona and said that the idea to have Seattle observe Indigenous Peoples’ Day has been considered for a while, but it was due to requests from the community that they pushed for this recognition to be shared with Columbus Day.

“Columbus Day is … almost like an anti-human rights day,” Branch said. “So to be able to recognize that day in a way that promoted human rights rather than celebrated something antithetical to human rights seemed really appropriate.”

Indigenous Peoples’ Day is not going to replace Columbus Day, but rather share the day in terms of recognition. This decision upset certain members of Seattle’s Italian-American community. Branch said that she perceived the objections to be against a diluted celebration of a major figure in Italy’s history.

Tony Anderson, president of the Order Sons of Italy in America’s Grand Lodge of the Northwest, told the Seattle Times that Columbus Day should not be shared.

“He’s a symbol of the era of explorers,” Anderson said. “Being of Italian heritage, I am proud of the fact that he was Italian. It’s just that simple.”

“It’s not my intention to slight Italian Americans in any way. I hope that early October can accommodate both commemorations,” Clark said in an email to the Spectator.

According to Branch, sharing the day shouldn’t prevent people from celebrating Columbus Day.

In Branch’s opinion, this day is a way to look out for future generations.

“It’s just sort of a principle that tribal leaders use, it seems pretty standard across Indian country, that when you make a decision in policy, or any decision you’re making, you’re always thinking about how that decision is going to impact the seventh generation,” Branch said.

According to Branch, one of the goals of decision-making is helping Native American children feel proud of their heritage.

“The City of Seattle strongly encourages Seattle Public Schools to include the teaching of indigenous people’s history as recommended by Chapter 205, Session Laws of 2005,” read one section of the resolution that City Council passed.

“Every time Columbus Day would roll around, it was sort of like it was deeply offensive; it’s celebrating the attempted destruction of my people. So I think kids that go to school now and they sort of see that … I don’t know if there’s a word like, ‘deifying’, but ‘hero-ifying,’ of what are essentially terrorists to their people,” Branch said.

Clark seems to agree that there is an educational aspect of this change.

“The indigenous people of the Northwest have a proud history, but, honestly, most of us don’t know as much about it as we do European history or even early colonial history,” Clark said.
For Branch, this gap in education can even make school an unsafe environment.

“I think it does something to them psychologically, and it sort of creates a barrier, and makes school an unsafe place for them and affects their ability to be successful in that environment. So by having Indigenous Peoples’ Day and having the school system recognize that, and teach the living continuing vibrancy of native cultures and governments, I think that’s going to really help children, native children in the school system feel like they’re really a part of the community and that school is a safe place and a place where they’re welcome.”

Branch added that it might help Native American children have more success in school, as their current dropout rate is disproportionately high.

In her experience growing up on the Navajo Nation, it was almost shameful to be proud of your native heritage because acculturation was the norm.

“I just remember reading National Geographic magazines and feeling like I have more in common with these people living in developing nations than I do with people who live 20 miles away from me, and who I go to school with,” Branch said. “180,000 members who live on the Navajo Nation and a third of them don’t have running water or electricity.”

In addition, when she went to school off the reservation, she was never taught anything about the surviving sovereign tribes in the area. Establishing Indigenous Peoples’ Day may bring about that change for local children.

Still, Branch said that there’s a lot to do to even the playing field. She hopes that people will be vocal about their support for tribal rights because, even though most tribes are recognized as sovereign nations by the U.S. government, not all of these rights are recognized, nor are all federal obligations to support these rights fulfilled.

And on a local level, the city of Seattle is named after Chief Sealth of the Suquamish Tribe. According to the resolution:

“The City recognizes the fact that Seattle is built upon the homelands and villages of the Indigenous Peoples of this region, without whom the building of the City would not have been possible.”