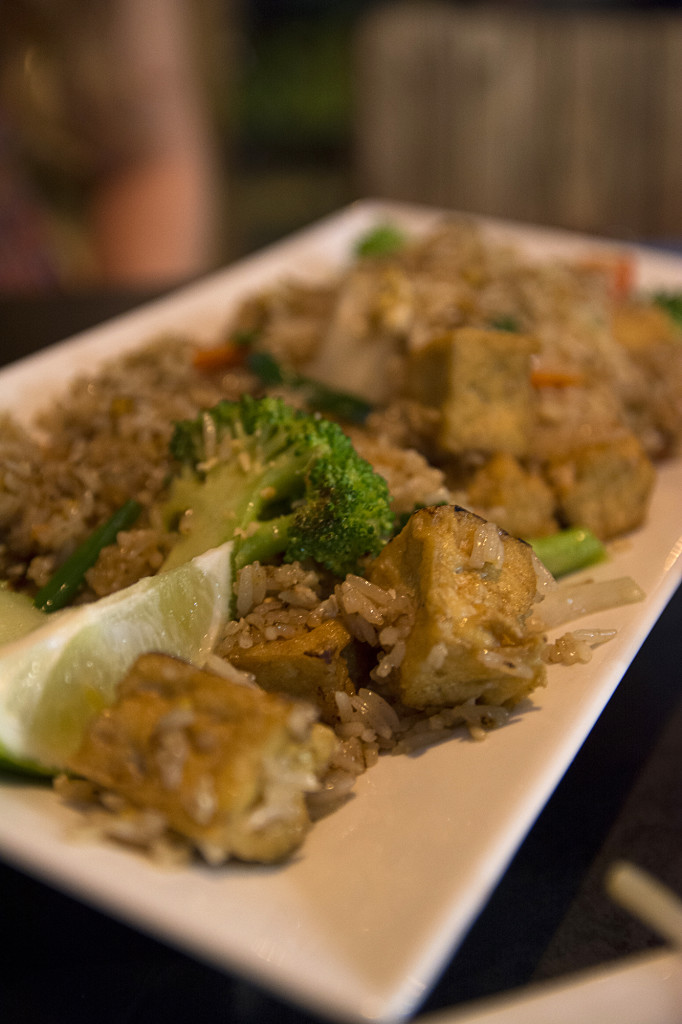 Over the years, a several-block swath of south Capitol Hill has become a miniature restaurant row. We owe it, at least in part, to two prolific restaurateurs: Ethan Stowell anchors 15th Avenue with Bar Cotto and Anchovies and Olives, and just a few blocks down, Jason Stratton turns out some of the city’s best Italian fare at Cascina Spinasse and Artusi.

The surrounding blocks are downright crowded with eateries. There’s Le Zinc and POCO and ‘Zaw, there’s Shibumi Izakaya and Elysian and Healeo. And now, at 13th and Pine, there’s Manao.

I went to Manao wondering whether it would hold its own amid the gastronomic glut. The answer, I’m afraid, is a resounding “meh.” 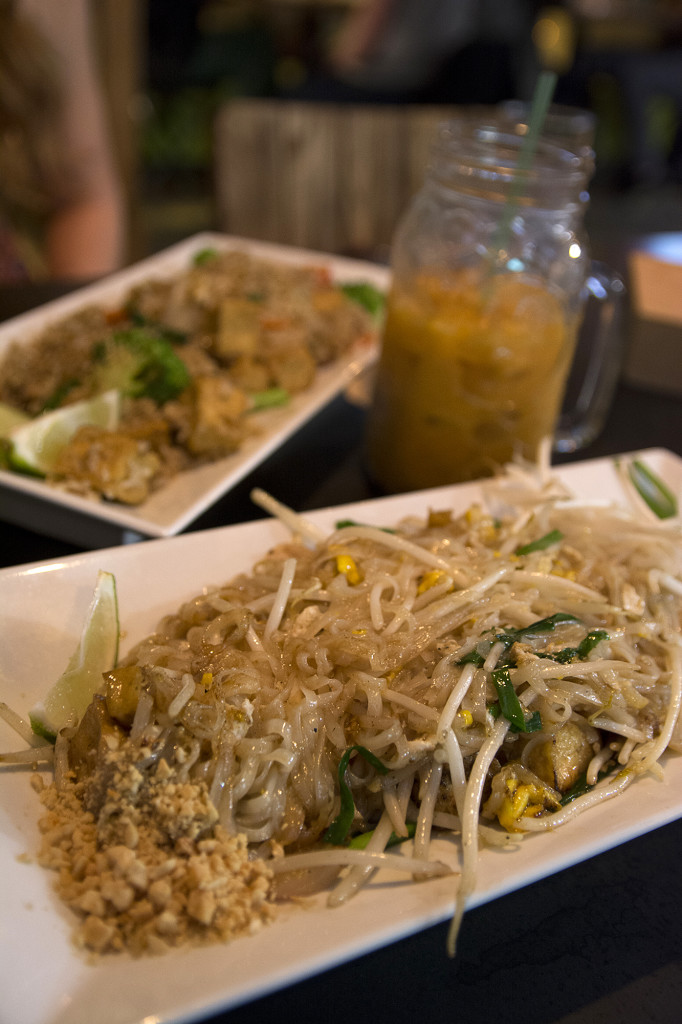 To be fair, co-owners Teeraya Cezeaux and Montida Lertkiatsakul (who also own Banyan Tree and Thai Fusion separately) couldn’t have made it much harder on themselves. Not only is Manao surrounded by acclaimed neighbors, but Little Uncle already has Thai street food on lock just around the corner. Through every bite, I couldn’t help wondering whether I’d rather tuck into a khao soi or Dungeness crab fried rice three blocks away instead.

To its credit, Manao has a serious edge over Little Uncle when it comes to atmosphere (not that that’s hard to do because the latter is quite literally a hole in the wall). The sleek décor is reminiscent of dearly departed Boom Noodle crossed with an upscale tiki bar. A subway tile accent wall pops next to a dark wood and concrete interior, and touches of bright green liven things up (the word “manao” is Thai for “lime”). Glass spice jars and tied-rope accents add character to the bar, and a condiment station flanks the front counter, where all orders are taken.

Speaking of which, a sign by the counter proudly declares that they do not use the star spicing system because it is unpredictable from restaurant to restaurant. Diners are supposed to spice their own food with the sriracha and chili flakes provided at the table instead.

Know what’s really unpredictable? Trying to evenly mix sriracha into a big, bland mound of pad see ew without accidentally flinging a wad of noodles at your dining companion. The inconsistent star system may just be the lesser of two evils here.

The blandness weakens a menu that doesn’t deviate much from the standard lineup of noodles, rices and curries, most available with chicken, pork, beef or tofu. Crispy pork belly and chicken dishes dominate the specials, and the whole affair is a little yawn-worthy. Absent are inventive dishes like the roasted duck curry and galangal mussels at nearby Ayutthaya, and you certainly won’t find a shred of Dungeness anywhere near this menu. It’s perfect for a quick takeout lunch, but not all that stirring.

Perhaps Cezeaux and Lertkiatsakul just know their audience. After all, as reported by Capitol Hill Seattle blog in June, the restaurant was intended to be takeout-focused, and it shows. A drink cooler filled with soft drinks, sake and Asian beers is front-and-center, next to a stack of paper boxes that diners can use to package their own leftovers.

The focus on takeout was also apparent in some service missteps, though they could also be chalked up to the restaurant’s newness. A carafe of water on the table was completely empty when we arrived and remained that way for much of the meal—good thing the noodles weren’t spicy enough, I guess—and my friend waited a solid 15 minutes for his dinner before realizing that it had been packed for takeout. He then waited another 10 minutes or so for a plated replacement. (Though the oversight was thoughtfully remedied with a free Thai iced tea—nice.)

The food itself tended to fall into that forgettable space between the best of the best and the worst of the worst. A tom kha starter was tasty, but riddled with too many fibrous little shards of lemongrass to be all that enjoyable. My pad see ew, studded with rapini-like Chinese broccoli and perfectly firm tofu, was greasy, but in an “if I’d had a few drinks I’d be really into this” kind of way. The delicately sweet tamarind sauce on a crispy chicken dish hit all the right notes, but the stick-like garnish had to be worked around.

It all adds up to a swing and a miss, but only because there are so many better options around. To be honest, Manao would likely do better just about anywhere else. Hell, in a lot of places it’d be downright dazzling. But this is Capitol Hill, and Jamjuree and Little Uncle have spoiled us rotten. Manao has the style down, but its substance stumbles—and that just won’t cut it in this neighborhood.