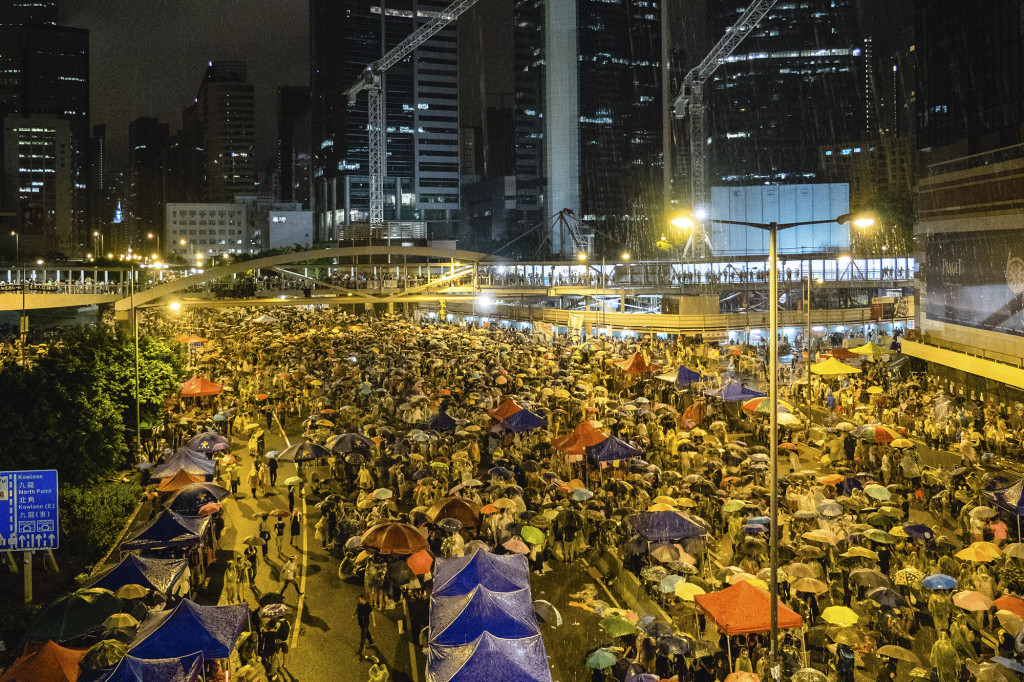 Since late September, the peaceful protestors of the “Umbrella Revolution” have taken to the streets of Hong Kong. They use their umbrellas to protect themselves from rain, sun and pepper spray—all in the name of democracy.

The relationship between China and Hong Kong (officially called Hong Kong Special Administrative Region of the People’s Republic of China) has been a long and complicated one. Under British rule until 1997, Hong Kong was then transferred to the control of China, under which they have since existed in a state known as “One country, two systems.” This means that even though they are associated with China, they are also granted a certain degree of autonomy. According to a Q&A that ABC News conducted with Elizabeth Economy, C.V. Starr Senior Fellow and Director for Asia Studies at the Council on Foreign Relations, this includes helping to protect their capitalist system, and gives them more opportunities for civic involvement.

The tension here has manifested itself in the request for a more just democracy.

The people of Hong Kong want a more robust democracy, but China has decided to vet the candidates that can be considered for the city’s top post, the chief executive, in the 2017 election. As a result, many citizens of Hong Kong are concerned that anyone elected to be chief executive will inevitablly be pro-Beijing.

Many people in Hong Kong have taken to the streets in protest. There is no organized leadership, but the movement has not yet faltered. Many of the protestors are students. After police teargassed and pepper sprayed the peaceful protesters, support for the movement has grown. Additionally, the aim of the movement has shifted slightly: The demonstrators are not just advocating for more democratic elections, but also for the right to protest peacefully. As of now, they have established two main demands. First, they want the resignation of Hong Kong’s current leader, Leung Chun-ying, who is supported by Beijing and who has called for the protests to cease. Second, the demonstrators want China to revoke its decision made late August to predetermine the candidates that Hong Kong could elect. By Oct. 1, the number of protestors had reached 100,000.

Throughout the conflict, protestors have remained exceptionally civil, cleaning up trash and apologizing for blocking emergency vehicles. Some of the students haven even worked on homework. One man did his best to clean up anti-government graffiti on the grounds that the point of the protests is to try and improve Hong Kong, not to shame the Communist government.

“This is our responsibility, to try and be a good citizen, not to damage Hong Kong but to try and show peace and love,” Alex Ho, a teacher, told The Economist.

There have been instances of scuffles or disorderly conduct. But for the most part, the protests have been peaceful. The police have also not been excessively violent for the majority of the protest, with the important exception of several tear gas and pepper spray incidents.

Now the question remains: will there be an ultimate confrontation? Many are wondering if there will be a drastic increase in violence anytime soon. China does not want to concede this power over Hong Kong, and the people of Hong Kong do not want to settle for anything less. According to The Economist, it appears that discontent with the government will continue to fester, with resolution still out of sight.

One song has been made the unofficial anthem of the movement. It is the 1993 ballad called “Under a Vast Sky” by the band Beyond. One verse, translated to English by translator Han Keat Lim, reads:

“Many times I’ve faced the cold shoulder and ridicule
Never have I gave up my heart’s hopes and ideals
A moment of absentmindedness,
There’s also the feeling of loss
Without realization, it faded,
The love in my heart (Who understands me?)”

As the song is sung in crowds, discontent continues to fester in Hong Kong. Tens of thousands of people have filled the streets to emphasize their dedication to their cause.

The song continues: “Still I am free, still I am independent. Always loudly singing my song.”