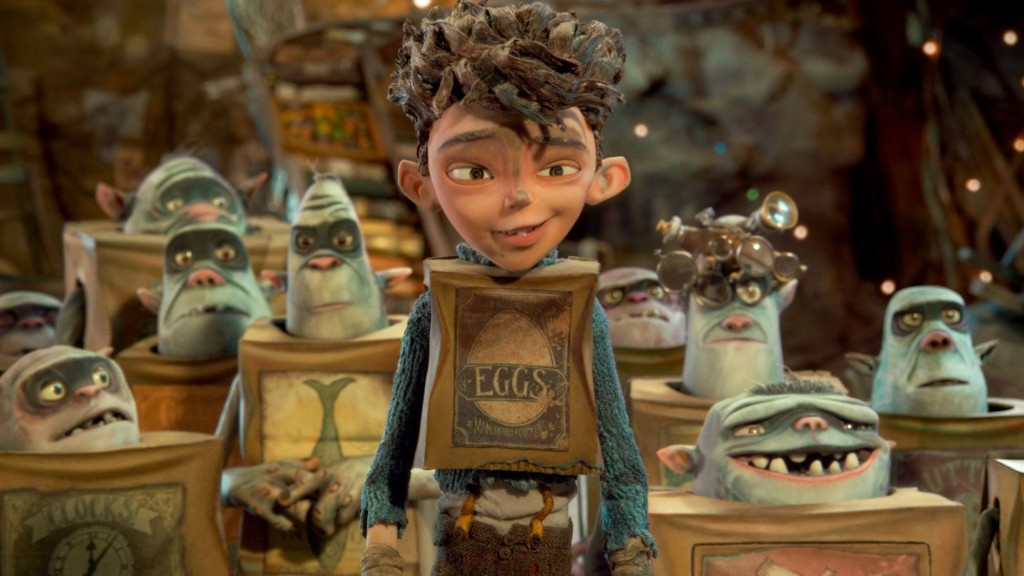 In many ways, “The Boxtrolls” is an enlightened take on a traditional family-style kids’ movie, filled with goofy humor that appeals to audiences of all ages. But its dark undercurrent and regrettably thin plot make it a bit of a swing and miss.

At its surface, the movie is a beautifully crafted stop-motion family film about adorable blue trolls and their surrogate human brother, Eggs (named thusly for the egg carton he wears over his torso). The Boxtrolls are a group of gobbledygook-speaking underdogs. They live peacefully underground, listening to music, sleeping and crafting extraordinary trinkets with bits of old trash—except during the night, when they take to the streets of Cheesebridge, rooting through dumpsters, searching for new trinket material and bits of old food.

To the human residents of Cheesebridge, the Boxtrolls are a disgusting race of monsters with a scary, if unearned, reputation for eating babies and causing general unrest. The film’s vicious antagonist is a human named Archibald Snatcher, voiced by Ben Kingsley, whose life goal is to eat fine cheeses in the upper echelons of government with Lord Portley-Rind, voiced by Jared Harris. In order to get there, he must use his henchmen to eradicate the Boxtrolls from Cheesebridge, by any means necessary. Thus, it falls upon Eggs to save the Boxtrolls and prove their innocence.

Eggs finds help in the form of a smart-mouthed girl named Winnie, voiced by Elle Fanning. Winnie is the daughter of Lady and Lord Portley-Rind, who both enjoy fine cheeses and are the reason Snatcher is so determined to eradicate the Boxtrolls.

The film’s claymation is well done, and the effect is charming. In fact, the characters’ lively movements are so seamless that at times it’s easy to forget that what’s going on onscreen is the product of painstakingly slow animation work.

However, the film falls short of true brilliance when it comes to plot structure. While watching Snatcher and his minions attempt to exterminate the Boxtrolls, you realize you’re watching a movie about systematic genocide and societal intolerance. This is an unhealthy task, and changes the feel of the movie from charming to intense. Though the movie is marketed to young audiences, children may have trouble processing its dramatic storyline.

The lessons the movie attempts to teach are bigger than your traditional kids’ movie, and they are a bit more than a claymation film can handle in 100 minutes. The film generally treats its audience as an educated one, but the plot is incapable of satisfyingly commenting on the implications of a disimpassioned government and an agitated public.

One gets the feeling that directors Anthony Stacchi and Graham Annable got a bit caught up in the visual elements and forgot to add meat to their script. It’s a problem, but it is certainly not enough to sink the ship completely.

“The Boxtrolls” is not a total flop; the animation is vibrant and imaginative enough that it is sure to please some viewers. The cockeyed British characters and dialogue are charming and the stylized aesthetics help make up for the weakness of the plot.

In all, the claymation world of the Boxtrolls is reminiscent of “Despicable Me” mixed with a little “Wallace and Grommit,” directed by Tim Burton. The film stands as a solid C on your traditional A to F grading scale. It’s not a total wash, but it’s also not going to change your life.