A New Start for Queer Art 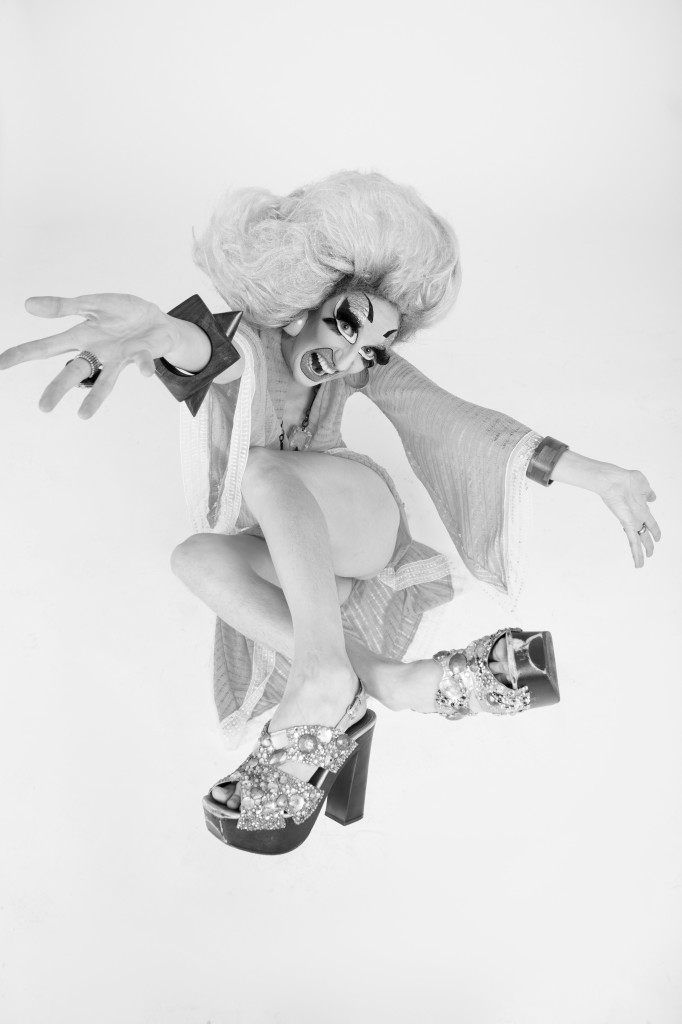 Seattle has always had a thriving drag scene, but one of Capitol Hill’s newest leading ladies is forcing her audience to rethink their perceptions of gender expression.

Cherdonna Shinatra is a drag queen who is not actually a drag queen; she is a woman who dresses up as a man impersonating a woman. The performer underneath the campy, over-the-top, spastic and lovable Cherdonna is actually a woman named Jody Kuehner.

This Sunday, Velocity Dance Center will feature Kuehner at a speakeasy-style roundtable discussion titled “The Art of Politics and the Politics of Queer Part II.” The event is the second installment in a series of Velocity speakeasies dwelling on queer art.

Kuehner will be joined by Mark Mitchell, a Capitol Hill clothing designer. Both artists will speak for 15 minutes on their previous work, their current projects and the queer politics of creating art. They’ll also discuss what it’s like to be an artist on Capitol Hill as the community changes.

Kuehner is a formally trained dancer whose productions are inspired by drag. Her upcoming show, “Worth My Salt,” will opens at Velocity on Oct. 17.

Mitchell, who focuses mainly on design work, designed Kuehner’s costumes for the show. He also recently produced an exhibit at the Frye Art Museum titled “Burial,” a series of intricate ensembles in which one could be buried, cremated or buried at sea.

While Kuehner said that the speakeasy discussion is not strictly limited to queer art, it will be central to the conversation.

“I kind of forget that I’m doing queer art,” Kuehner said, emphasizing that her art is less about fitting it into a separate category of expression, but more about expressing what is inside of her.

“I have this relationship with being a queer artist where it’s just like, well, I am one,” Kuehner said. The goal isn’t necessarily to do queer work; it’s to do her work, which is inherently queer.
“It kind of is part of the makeup of me,” she said.

Senior creative writing major Emma Delsohn, whose art also deals with queer issues, spoke to the importance of creating a space for queer art near campus.
“I try to make my work all really open about my sexuality and basically just how that is for me on a day to day basis,” said Delsohn, who primarily does spoken word poetry. For Delsohn, it’s important that queer art accomplish two things.

“First of all, it defines how the queer lifestyle is different, and the important specific things that we go through that heterosexual people don’t, necessarily. And why those issues are hard and how other people can be more accommodating of that,” Delsohn said. “But the second reason it’s important is that when you just talk honestly about what you’ve been through, as a queer person, it humanizes you to people that maybe ordinarily wouldn’t think of you as like them. It gives them something to identify with, and I think that’s really important.”

Delsohn noted that in a place like Seattle, many people are accepting, but not everyone has been educated about the queer community to the same extent. It’s important that queer art helps to “reinforce the community that’s already there, and introduce it to people who are new to it.”

In Kuehner’s case, “The Art of Politics and the Politics of Queer Part II” is a way to bring the community together. She said that the dance scene in Seattle is thriving, and this is a good way to welcome those who have never been involved. Audience members at the panel can learn the backstory to Kuehner and Mitchell’s artworks, and they are also invited to join in the discussion.

“We also wanted to bring in an idea about being an artist and living on Capitol Hill—the changing atmosphere on the hill and how artists are kind of having to move out,” Kuehner said. “And [Mitchell’s] been here for a really long time, and has lived here and seen a lot of change, and I’ve lived on the hill for about 10 years as well so we’re both feeling the pinch to leave.”
“The Art of Politics and the Politics of Queer Part II” will be held at Velocity Dance Center this Sunday, Oct. 5 at 6 p.m. The event is free and open to the public.