Trove Brings a New Taste to the Hill 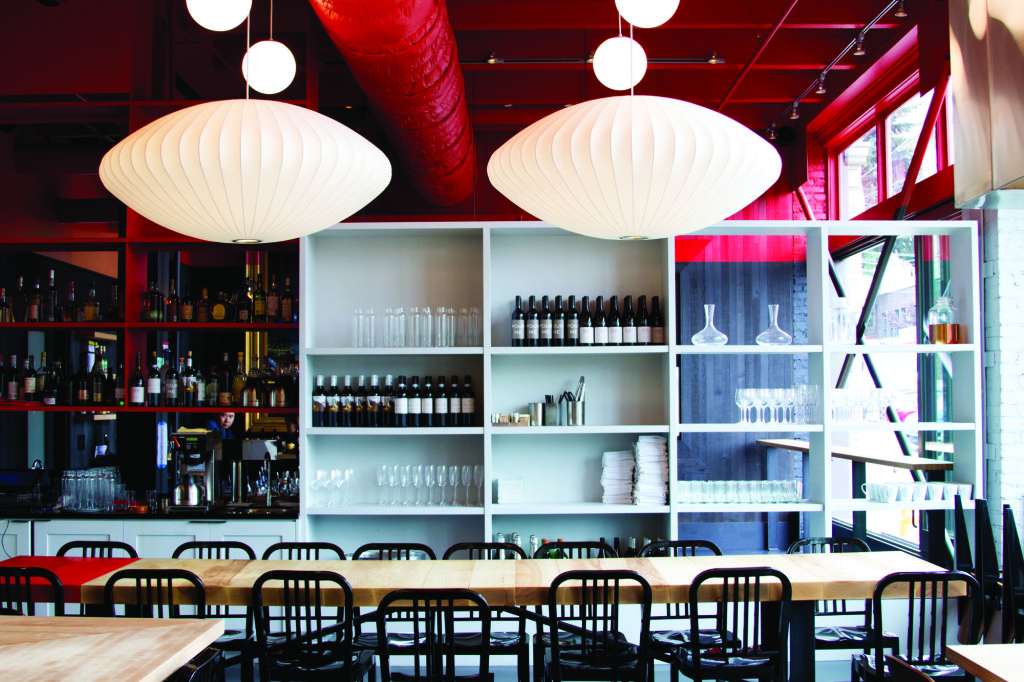 If upon your return to Capitol Hill this fall you feel your culinary senses start to tingle, it may be because you have already noticed the new Korean restaurant on Pike Street. Trove, which opened Sep. 14, is just one of an increasing number of Korean restaurants which have set up shop in Seattle recently.

Trove, owned by chefs Rachel Yang and Seif Chirchi of Revel and Joule, is divided into four equally intriguing parts, which riff on traditional Korean food. According to a press release from the restaurant, patrons can expect “a noodle shop, dessert window, beer-focused bar, and Korean-style barbecue featuring tabletop grills.”

Approaching the restaurant, the first thing one sees is Trove’s neon sign: a big red ‘X’ which, as per usual, marks the spot. Walking in through the main entrance, it’d be easy to mistake it for a hole-in-the-wall restaurant. Only the noodle bar is visible, and on a nice day the broad windows open up to the street. However, a narrow hallway leads to the actual bar, which then opens up to the much larger, quite tastefully decorated barbecue area. The parfait truck, lodged into the inner structure of the building, is adjacent to the main entrance.

The noodle shop within Trove entices patrons with hand-crafted noodles, product of a fast-paced kitchen environment visible from the street. Although the menu is constantly changing, some dishes include a fennel noodle with manila clams and spiced sausage, and yellow curry rigatoni with cauliflower, chickpeas and yogurt.

For those who are over age 21 (or otherwise enabled by faux identification), Trove’s bar section of the restaurant focuses mainly on beer. The various libations are composed from a medley of local brews as well as their rare international counterparts.

The barbeque section of Trove is the most reminiscent of Korean tradition, with tabletop grills that cook meat right before the patrons’ eyes. The result allows customers to feel involved in the communal act of eating. Meats available for grilling include coulotte steak with chipotle salt and pork coppa with sweet chili.

The parfait portion puts a unique twist on standard ice cream. A dessert cart outside of the main restaurant, the parfait bar takes traditional Korean shave ice and replaces it with ice cream. (According to Seattle Met, Yang made this substitution in favor of enhanced flavor.) The dessert is layered with traditional Korean touches like miso and candied peanuts.

The parfait menu is small, but specialized. Your $6 dessert comes layered in a unique Trove mason jar, which you can either keep or return for $1 off your next parfait. The main flavors are offered in “old school” and “new school” styles. For example, Trove’s Old School Root Beer Float parfait has wintergreen pop rocks, root beer and candied ginger, while the New School Root Beer Float parfait has molasses syrup, licorice crumble and ginger gel. Both, of course, taste fantastic.

Trove is one of a growing number of Korean restaurants in Seattle.

Revel, Joule, Oma Bap, Korean Tofu House, Marination Station, Girin and Kimchi Bistro are seven other Korean restaurants which have already set up shop, or are planning on coming soon, to Seattle. Yang and Chirchi’s two other restaurants are both wildly successful and renowned. Trove looks like it could be next.

According to President of the Culinary Society of Seattle University Alex Koruga, the new trend of Korean food in Seattle is part of a larger Asian food pattern.

“It seems in the past year or so Seattle discovered fish sauce and Vietnamese cuisine—­Ba Bar, for example—and many chefs started incorporating it into their regular American dishes for an Asian twist,” Koruga said in a message to The Spectator. “Now Korean seems to be the new ‘in’ food.”

Bibimbap joint Oma Bap just relocated from Bellevue to Cherry Street, beneath the Douglas Apartments. The restaurant describes itself as fast, casual and Korean.

Seattle U student Alex Motsch works for the restaurant, and said he thinks Oma Bap will be a great addition to the neighborhood.

With all this new food simmering just down the road from your dorm hall, it may be time to treat yourself to a dinner out on the town—and tell C-Street not to wait up.