Rape culture and its looming presence on college campuses has garnered attention in recent years, and for good reason. Research indicates that one in five college students will be sexually assaulted in their time at any given university.

Over the last decade, more and more research has come forth regarding the frequency of sexual assaults on college campuses. In response, universities are stepping up efforts to combat the issue. Seattle University is no exception.

In January of this year, Seattle U created the position of HR Compliance and Title IX Coordinator and assembled an advisory board to guide the university towards more effective prevention and treatment of sexual assault. 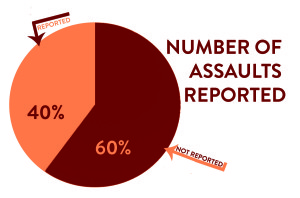 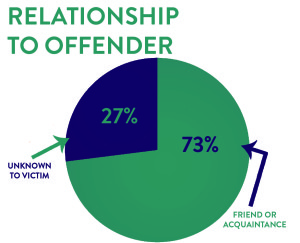 According to Director of Professional and Organizational Development, Helaina Sorey, who coordinates Title IX at Seattle U, the advisory board “jumped right in” when it came to making suggestions to improve the university’s sexual assault policy.

Director of Health and Wellness Ryan Hamachek has also been making strides to engage and educate the student body on sexual assault. This fall, Hamachek and the Health and Wellness Crew developed an informative online training program called “Think About It” to promote a healthier and safer campus environment for everyone. The program covers two to three hours of content ranging from substance abuse to healthy relationships and sexual misconduct.

“The program has already been a part of this year’s orientation and the response to “Think About It” on the part of the student body has been largely positive,” Hamachek said.

Additionally, Seattle U has begun disseminating university-wide climate surveys to better understand how students feel about security and educational resources on campus.

“What we’re really hoping to do is fully engage the full diversity of voices at Seattle U in the issue,” said Assistant University Counsel David Lance. “We want to face this issue head on and discuss solutions as a community.”

These changes correspond with a push from the Obama administration for universities to more actively address the issue.

In April of this year, the White House reacted to a series of highly publicized assaults that occurred on college campuses. A report released by the Obama administration urged universities to conduct anonymous surveys about sexual assault, adopt reliable anti-assault policies, and to better ensure that the reports of such crimes remain confidential.

The recommendations were contained in a report by a White House task force assembled last year.

“Colleges and universities need to face the facts about sexual assault,” said Vice President Joe Biden in an interview with the New York Times. “No more turning a blind eye or pretending it doesn’t exist. We need to give victims the support they need, like a confidential place to go, and we need to bring the perpetrators to justice.”

Hamachek is well-aware of the national statistics and controversy.

“The more we look into the issue, the more we seem to find,” Hamachek said. “Seattle U may seem like an exception to that [aforementioned] twenty percent statistic, but what we’re finding is that we are actually right in line with other universities. But this isn’t meant to dishearten anyone; rather, we want to take this information and use it to make progress.”

Even though Public Safety does its best to prevent incidents on campus, students are in danger of sexual assault off campus as well.

“It’s important to know that sexual assault and violence does happen at Seattle U, though not always on campus, thus the statistics seem to tell a story contrary to the rest of the nation. However, this is not the case,” said Assistant Director of Operations for Public Safety Dominique Maryanski. Rather, she says that Seattle U experiences similar levels of sexual misconduct, but most of the violence occurs off campus.

Seattle U has also revised its web page on sexual assault to better educate the student body. Filled with revised information, listed services and support information, the page will serve as yet another resource for students trying to educate themselves, seek help or support a peer.

The school hopes to adopt different techniques to address the issue that is now surfacing on many college campuses. Bystander intervention, for example, is a system in which those who recognize a potentially violent situation and step in to prevent it from happening.

These changes are meant to create a climate in which the Seattle U community is filled with educated individuals on the lookout for violence. Thus the dissemination of information is paramount for Seattle U.

“Sexual violence, and violence in general, does not happen in isolation,” said Hamachek. “By keeping the topic alive, we increase the probability that our community will be on the lookout for sexual misconduct and be ready to step in before violence takes place.”