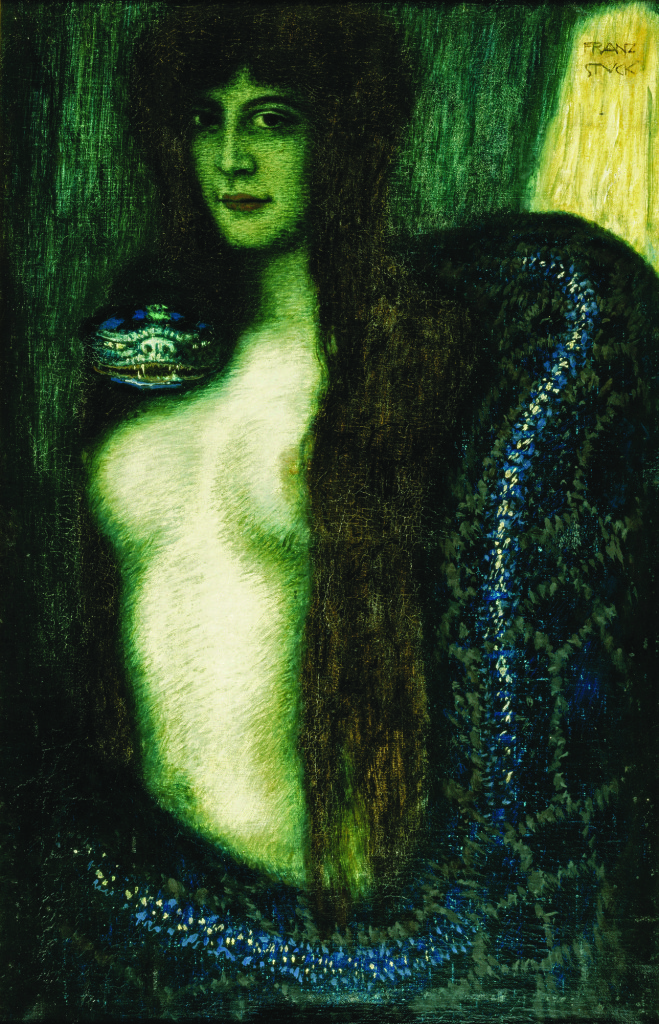 With the click of a mouse—or 17,601 clicks, to be exact—art enthusiasts and social media users have hand-picked the pieces to be displayed in the Frye Art Museum’s upcoming exhibit, #SocialMedium. This past August, anyone who ever thought they could curate artwork had the opportunity to prove themselves, and the only prerequisite was access to Facebook, Instagram, Pinterest or Twitter.

From Aug. 11 through 22, the free-admission museum posted images of the 232 paintings in the Frye Founding Collection on various social media platforms and asked users to do what they do best: “like” what they like and “heart” what they heart. The most popular 40 to 45 pieces will be on display this upcoming October along with the names of the curators and selected comments.

“It is an extension of our commitment to the idea of the citizen curator,” said Museum Director Jo-Anne Birnie Danzker. “In 2009 I curated an exhibition at the Frye on the Munich Secession. Someone in Britain saw and posted online what they thought was an improved virtual exhibition with different artists and different works in it.”

From then on, Birnie Danzker began thinking about “citizen curators,” an idea that challenges typical museum practices by letting average civilians select works for exhibitions. Junior digital design major Emma Fried is one such individual who benefits from the museum’s consideration of social media.

“I’ve gone to a lot of museums and the idea of choosing what you want to see is pretty cool,” said Fried. “There’s a lot of artists that I’d like to see and I don’t always have the option to ask for them.”

#SocialMedium is the Frye’s fifth citizen-curated exhibit since 2010, and it is especially pivotal given its increased circulation.

While previous citizen curator projects only worked within the local Seattle community, #SocialMedium has a worldwide reach and has received feedback from locations including Germany, Iraq, Romania, Saudi Arabia, Egypt and Vietnam.

“We’re thinking bigger,” said Communications Director Jeffrey Hirsch. “We essentially took the project to where people are: the Internet.”

Their big ideas led them to call in some experts. The Frye communications team integrated popular Internet memes with Founding Collection paintings to increase the appeal of the campaign, and the museum also worked closely with partners such as Civilization, a Seattle-based design agency, and contemporary artist and social media consultant Dylan Neuwirth.

Neuwirth helped the museum optimize the language they used on social media, determine the appropriate frequency of posts and broaden their reach. Civilization designed the key campaign images by combining social media icons with a portrait of Charles Frye in the Founding Collection.

“Our willingness to have some fun with even the most important paintings in our collection played a big part in our promotion and contributed to its success,” Hirsch said.

This willingness to have fun in promoting #SocialMedium has certainly paid off: 4,468 individuals participated and 17,601 total votes were received. Birnie Danzker recognizes social media’s value in art and views it as a core aspect of the museum’s success.

“Social media are intrinsically valuable means to maintain and deepen and encourage conversations,” Birnie Danzker said. “They open up possibilities…for any single individual to contribute to our work by commenting on it, by reflecting on it.

According to Birnie Danzker, social media is also a wonderful opportunity for individuals, particularly college students, to take on the role of the commentator.

Senior business management and photography double major Akaila Ballard has been working as a gallery guide at the museum since September 2013 and is impressed by the Frye’s use of social media.

“The Frye is a really tight-knit community and although they have a lot of members they make every member feel important and special,” Ballard said. “[Social media] helps build the community they are striving for.”

However, if curating an exhibit necessitates the feedback and discussion of citizens, then that creates questions about the role of the professional curator.

“Addressing these issues is especially exciting for me,” Birnie Danzker said.

Hirsch is also eager to see how the convergence of art and social media will evolve in the future, and imagines that art will be more accessible to people on their various technological devices. Though the number of citizen-curated projects may increase, he does not envision art on the Internet replacing museums or galleries anytime soon.

“There is a lot of potential for the wisdom of the crowd to be applied to projects like the one we’re doing,” Hirsch said. “Though at the same time, the individual vision and sensibilities of the artist, that’s not going to go away either.”

“The engagement, democratization and participation continues,” Hirsch said. “The voting was over a two-week period, but once the show opens, we once again open the social media channels inviting visitors to participate in the exhibition.”

#SocialMedium will be on display at the Frye Art Museum from Oct. 4 through Jan. 4.