May Day ‘Riot’ A Closely-Monitored Affair 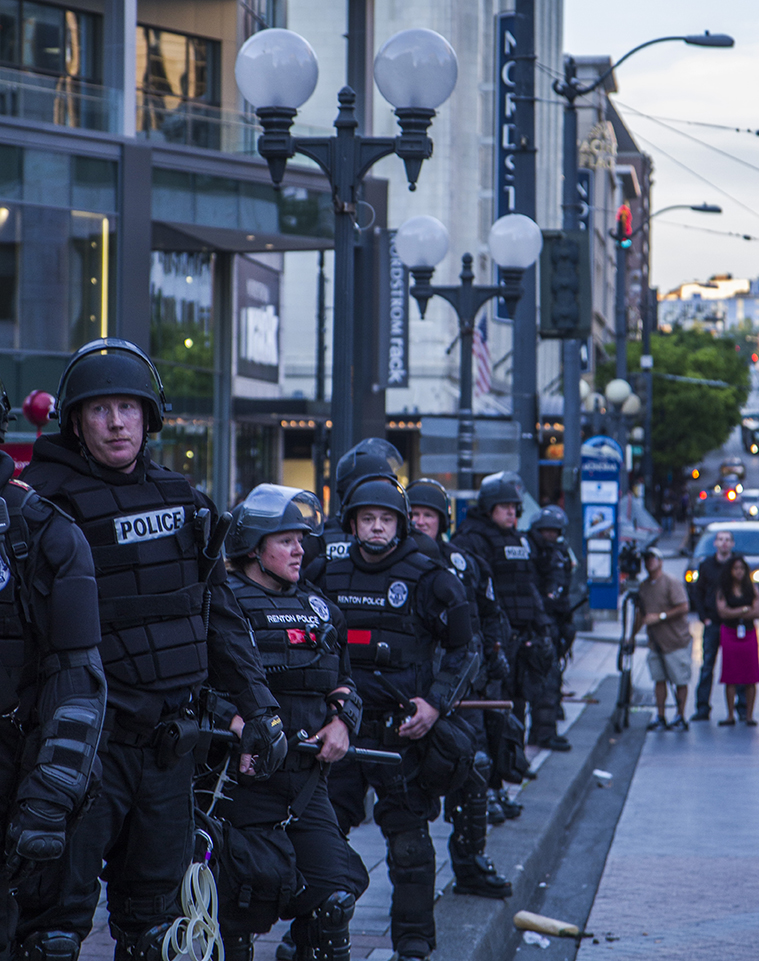 May Day in Seattle has become markedly more tame over the years. As a city that was once notorious (if that’s the right word) for its ability to engage in impassioned, and often aggressive, protesting ages, the word “riot” seems to be mean something different than it used to. That isn’t to say that The Spectator didn’t witness some action this week. A large group of marchers did form on the Hill—many of them bearing signs in support of the $15 minimum wage effort—and made their way to Seattle Center via downtown, bluntly broadcasting their grievances against everything from “capitalism” to “capitalist pigs” (and, for good measure, Fox News).

Marching just behind the legion of protestors was a small army of journalists from several different outfits, as well as a small army of police officers. By late Thursday night, the protestors had returned to Capitol Hill and made camp in front of Seattle Central Community College (SCCC), where there had been some bizarre May Day activity earlier – like the crowning of a “May Day Queen” and a performance of a selection from “The Wizard of Oz”.) Here, having grown slightly more restless, a few of them did start a small fire in an intersection, but the on-hand authorities worked quickly to extinguish the fire and disband the group. Throughout the day, only 10 arrests were made mostly of young people. Mayor Ed Murray publicly thanked the police for their close and efficient monitoring of the situation.