A college student’s list of worries is rarely short: textbooks and lab fees, secure housing, the search for paid internships. But more and more college students are facing an even more urgent concern: how they’re going to feed themselves.

A January study from the Journal of Nutrition Education and Behavior found that nearly 60 percent of students at an Oregon university had struggled with food insecurity in the past year. A 2009 study at the University of Hawaii at Manoa found a figure of 21 percent. By comparison, according to the USDA, approximately 15 percent of American households struggle with food insecurity. 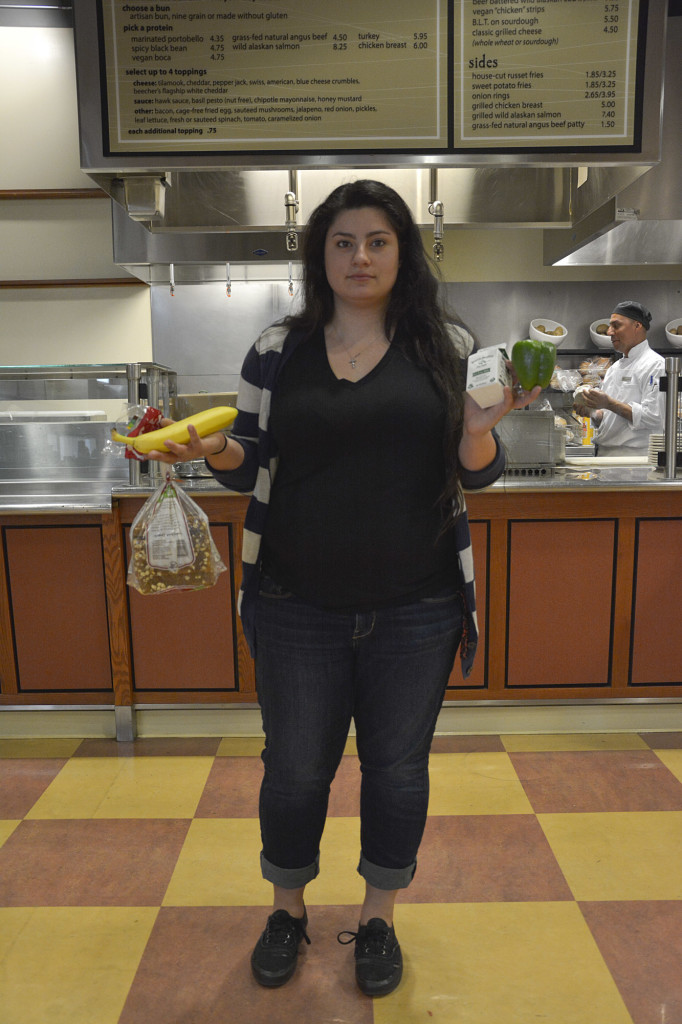 According to researchers from the Oregon study, the rising cost of a college education contributed greatly to the figure. They also noted that, thanks to academic inflation, colleges are seeing more first-generation and low-income students than ever before.

It’s often taken for granted that the college years bring some measure of poverty with them. After all, these are the ramen years, the years of irresponsible spending and living paycheck to paycheck. But at some point, belt-tightening turns to honest-to-god poverty.

“I do think that a lot of people assume, because I’m a college student, I’m poor. But that means different things to different people. It’s an assumed identity,” said sophomore Becca Clark-Hargreaves.

Many assume that the cost of a college education—particularly a private one—is prohibitive enough that students would be less likely to struggle with hunger.

Bon Appétit district manager Buzz Hofford speculated that, given the high cost of books, housing and classes, food insecurity in and of itself is not a large problem at Seattle U.

“You have room, you have board, you have tuition, all of these expenses that are associated with going to college. I don’t know if you can isolate just the food piece,” Hofford said.

“It’s shocking to me that, with tuition being so high, people here can’t afford food. If it were me I would choose food over tuition,” said senior Isiah Umipig.

However, some counter that assumptions like these are off-base.

“When you grow up in this country and you don’t come from a family with resources, you’re essentially told that the only way you can ascend above your station in life is to obtain a solid education,” Jensen said, who struggled with food insecurity herself when she was a teenager. “I would challenge any assumption that lacking resources will automatically disqualify a person from being in that setting.”

Senior Chelsea Waterson, who has faced financial challenges during her college years, said that she chose Seattle U because she wanted a small-school experience. She was aware going in that the cost could be difficult.

After moving off campus and losing financial support from her mother, Waterson was working two jobs and living off of rice and beans. Tired of barely scraping by, Waterson decided to apply for food stamps. She was eligible thanks to her work-study job.

“[Food stamps] are not super encouraged by a lot of people. It’s very much looked down upon. But that’s what’s enabled me over the past two years to actually have some semblance of financial security. I’m still living month to month, but it’s just a little extra padding so I’m not putting all my bills on my credit card every month,” Waterson said.

She credited public assistance with improving her diet and lowering her stress level, though she admitted it was much easier to stretch her EBT funds as a single person without children to feed—but it has only gotten harder to make ends meet following recent food stamp cuts.

Waterson is not the only one in her social circle who has struggled with food insecurity: She has two other friends who are on food stamps, and most of her acquaintances have struggled with their finances at one point or another. At Seattle U, food insecurity seems to occur primarily among upperclassmen—those who have moved off campus and are learning to budget.

Some find the support systems offered by college to be a welcome respite from food insecurity. Though they don’t deal with personal finances per se, Student Financial Services can help students find new loans and grants when they face financial hardship. Additionally, the mandatory Bon Appétit meal plan tends to keep freshmen and sophomores well-fed.

“Food is readily available here and we have our student card system,” said freshman Antonia Decker.

Clark-Hargreaves has had more food security since entering college. She started living on her own halfway through high school, and ended up searching through dumpsters for most of her meals. Stringent budgeting and loans helped her to get to college. Her past even inspires her current passion for social justice.

“I grew up in Kansas, where there’s really not a lot of environmentalism in conversation…I was more attuned to that type of thing, thinking about food and where it comes from, food supply chains. That’s another thing that drew me here. I knew I’d have an opportunity to explore those things further,” Clark-Hargreaves said. “I’m in a much better situation now than I have been.”