Prop. 1 Would Raise Taxes But Save Buses 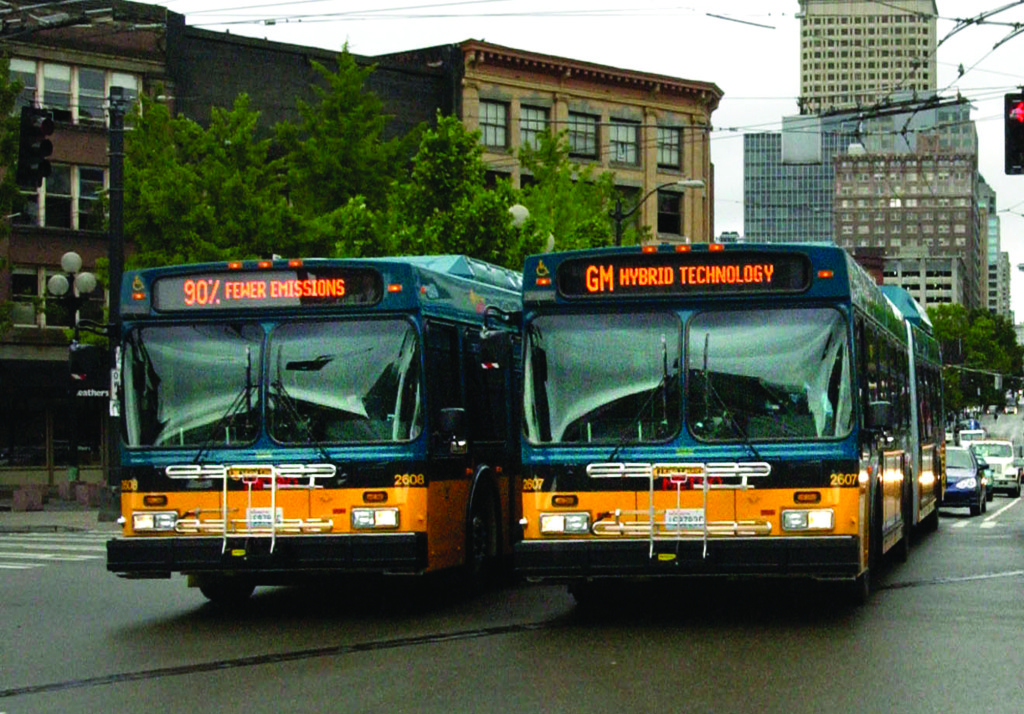 Unless you’ve been living under a bus, it is likely that you—as a Seattle University student—have been made aware of the ongoing struggle to prevent King County Metro from cutting transportation service in the area.

The bus system is drastically underfunded, and Metro has been warning area residents and community leaders for weeks now that unless something changed significant cuts would have to be made to the routes currently in operation. There was significant outrage from a number of groups within Seattle, and several of these also proposed alternative solutions to for the problem.

SGSU Commuter Student Representative Tanary Gomez, for a time, appeared to devote a large portion of her energy to the issue – regularly drafting letters to the student body and publically denouncing the cuts. In one of her letters, she suggested one creative alternative: Seattle U should contract shuttle buses to move students to different areas of the city as normal Metro service is pared down.

For the time being, though, it looks as though we won’t have to consider the “Gomez alternative” just yet. In response to broad concern, action was taken at several levels in an attempt to lessen the splash damage—especially appropriate after King County Metro released a map and time table that indicated the extent to which each route would be impacted by the cuts.

According to the Seattle Times, Seattle City Councilmembers earlier this month indicated that they would use their $16.5 million allowance for “neighborhood street repair and other projects” to fund maintenance of standing service levels for the Metro.

In addition, Proposition 1 on King County’s April 22 special election ballot also addresses the issue. The measure proposes that sales taxes be increased by 0.1% throughout the county and that an additional $60 fee be levied per registered vehicle each year. While there appears to be some perception among the public that the primary purpose of the proposition is to support the Metro system, as the Times indicated in its coverage of the issue however, this could be a misconception. Much of the revenue, 40 percent, is actually earmarked for the improvement of area roads.

Supporters of the proposition, however, defend it precisely because it does tackle both ongoing Metro shortfalls and poor conditions of county roads. They argue that, if the proposition is struck down, the resulting Metro cuts would “put 30,000 cars back on congested streets, and leave some seniors, students, people with disabilities, and working families stranded.” The proposition has listed support from several organizations, including the King County Democrats, the Sierra Club, and the Mayors of several of King County’s largest cities.

Those opposing the proposition, however, have much to say about the costs of the proposition that would be passed through to taxpayers. Their claims in opposition to the proposition published in the special election ballot lambast Metro for failing to do enough to cut the internal costs that have led to a $75 million annual shortfall.

For their part, supporters claim that Metro has, in recent history, managed to save over $100 million by “through efficiencies and fare increases.”

Opponents also had expressed serious concerns about the impact of the tax on vehicle owners, claiming that their tax burden will increase from $40 per vehicle to $600 per vehicle over the next 10 years. They argue that the proposed language and policy places an undue burden on those who are disadvantaged while providing support for wealthy riders.

The ballot containing Proposition 1 has already been mailed out. It appears to have a massive volume of support behind it, but the future of Metro and its users cannot be nailed down until after the April 22 election.