Oh My Science: Can Material Goods Make You Happy?

You’d think by today’s standards that would make anyone happy. In some ways, it does. But is buying shiny things we don’t actually need the best way to spend hard-earned money? Recent research suggests probably not. Money spent on experiences is better for happiness than money spent on things, and holds more value, according to a study out of San Francisco State University published in late March (1). Some people say money can’t buy happiness, but what if that happiness is due to a purchased experience rather than a Lamborghini?

Generally speaking, people believe that material items have a greater monetary value than experiences. We know how much something costs, like spending $1,500 on a new TV screen. It has an assigned dollar amount for a physical, touchable, usable thing. The money is a reminder of the value of the TV. Spending money to produce memories, however, is a lot harder to wrap our heads around. A trip to New York City and sitting in a piano bar being serenaded by out-of-work broadway performers doesn’t have a monetary value automatically attached to it. Would I pay $1,500 just for that experience? I’m not sure. Memories are harder to place a value on. Therefore, our brains automatically drift towards thinking that spending money on THINGS rather than EXPERIENCES allows us to get the most bang for our buck. 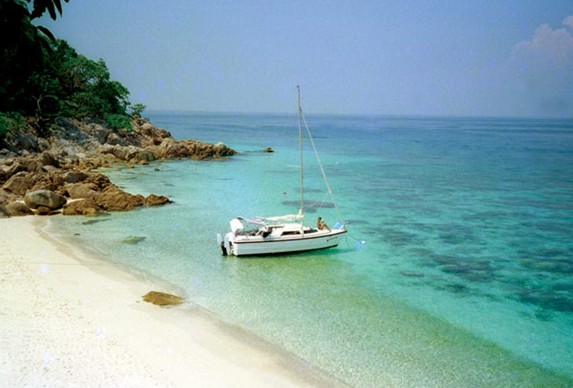 There’s a lovely intersection between material goods and experiences: when the goods enhance or become the experience, like sailing on an expensive boat in the tropics.

The study was designed to gauge what a participant thought was worth their money. Two groups were surveyed on happiness either before an imaginary purchase or after a recent purchase. The purchases were meant to be “happiness inducing” purchases. Before making a purchase, people were inclined to say that an experience may make them happier in the long run, but that buying something would make better use of their money. People who were asked after a recent purchase was made, however, said that experiences were worth more both in happiness AND in money. It seems that in retrospect, people value experiences more than material goods. Why? Perhaps they overemphasize the worth of an item they do not have yet, or misjudge the value of a great memory. Some memories become completely priceless after the fact, but may be undervalued (or grudgingly paid for) before, like weddings. It’s hard to put a price tag on an enjoyable escapade.

This study illuminates an interesting insight into how we think. Our whole lives are memory based. Our happiness is basically entirely dependent on our memories. Once an experience becomes a part of who we are, we realize its value and can assign a value term (money) that fits with how we view the rest of the world’s worth. It’s a transformation of the perception of value.To me, the data show that humans normally think of “value” as attached to material goods, but when reminded about a great experience, we can make the leap from money to memories and put a price on good times.

References
1. Pchelin, P., & Howell, R.T. (2014). The hidden cost of value-seeking: People do not accurately forecast the economic benefits of experiential purchases. The Journal of Positive Psychology. 1-13.