The Oscars: A Preview of Best Picture Nominees 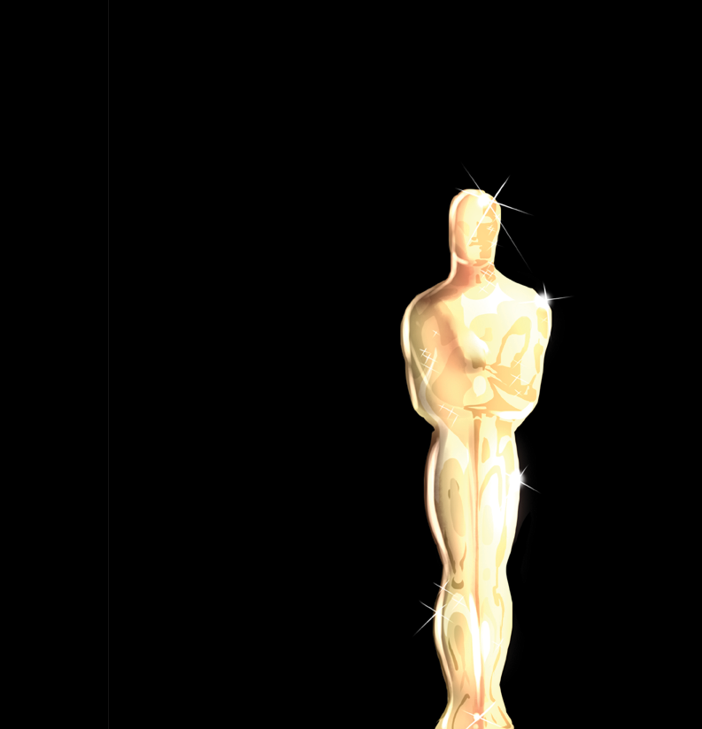 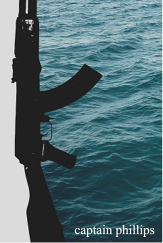 “Captain Phillips” unfolds as a nail-biting drama with big tear-jerking moments, which cause the viewer to realize that the film’s antagonists are unfortunate victims of circumstance rather than rebels by choice.

Based on true events and the book, “A Captain’s Duty: Somali Pirates, Navy Seals, and Dangerous Days at Sea” by Richard Phillips and Stephan Talty, the film captures the struggle between the captive and the captor. The film goes beyond Phillips’ actions to save his crew by viewing the captain negotiate with the adversary, reaching out to the Somalian pirates, albeit out of desperation.

At a running time of 134 minutes, the film sees powerhouse performances by the two leads. Tom Hanks yet again proves why he’s a two-time Academy Award winner in his portrayal of Phillips, while newcomer Barkhad Abdi, as Abduwali Muse, the head of the pirates, is a delight to watch.

Greengrass’ mind-blowing movie will leave behind an imprint on viewer’s comprehension of piracy and sailors’ lives forever. A strong screenplay, direction and the work of the entire cast and crew make “Captain Phillips” a very strong contender for the Best Picture at the Oscars. 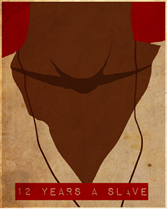 The Washington Post called “12 Years A Slave” a “masterpiece.” With outstanding and intentional cinematography, coupled with impactful and emotional performances by the entire cast, the film is a just 2014 Oscar contender for Best Picture.

Based on a true-life account of a free black man, Solomon Northup, “12 Years A Slave” depicts the horrendous hardships and inexcusable inequality of slavery. Northup (Chiwetel Ejiofor) is kidnapped and sold into a pre-Civil War household in the South, where he is forced into slavery. Northup befriends a young woman named Patsey (Lupita Nyong’o) and he works to protect the woman against the lustful attempts of the plantation owner.

“12 Years A Slave” has already been recognized for several honors, including a Golden Globe Award and British Academy of Film and Television for best picture. Apparently, viewers know a timeless masterpiece when they see one. 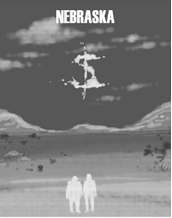 Don’t let the muted aesthetic and simple premise fool you: Alexander Payne’s “Nebraska” is a wonderful film. Not because the acting is particularly incredible, or because the cinematography is spectacular, but because Payne’s film is an honest and appreciated look at Middle America.

The film—which focuses on a father hell-bent on making it to Nebraska to obtain a million dollars he thinks he’s won—offers itself up slowly to the viewer. We follow David (Will Forte), a man struggling with his own inadequacies in Billings, Montana, as he drives his father Woody (Bruce Dern) to Nebraska for the supposed sweepstakes. Though it’s a comedy in most regards, the film is a work full of unfinished lives and silent struggles. Payne relies continually on all the things that can remain unspoken and unresolved in a life and, despite being kind to some of his characters, never allows the film to go too far into warm naivete. It’s a happy film in its own right, but it never lets the human comedy overpower the raw hardship of the people at the heart of the story. 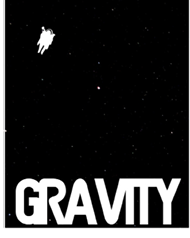 “Gravity,” first and foremost, is a high tech film. With the technology available to filmmakers in this day and age, graphics and special effects can be absolutely astounding; “Gravity” took that technology and exploited it tenfold.

The film, which focuses on two astronauts (Sandra Bullock and George Clooney) in the mid-orbit destruction of their space shuttle, is completely stunning, and transports its viewers to an unimaginable universe that remains shockingly realistic throughout the film.

Critics describe the film as irreplaceable and eerie, claiming that viewers will stay at the edge of their seats for the duration of its 91-minute running time. In my opinion, I received almost the same dose of “thrill-factor” from the trailer.

Overall, the film is carried by its unmatchable detail—which was in fact enough to carry it to success and make it worthwhile to watch.

When Matthew McConaughey came flying out of left field as cowboy Ron Woodroof, he blinded us to the truth about “Dallas Buyers Club”—it’s actually a pretty conventional film. Yet, even though the biopic’s lead actors shine with the light of a million suns, the movie itself does not.

The film follows homophobic Woodroof, who, after his diagnosis with HIV, realizes that access to HIV medication is limited in the US. Unwilling to succumb to his disease, Woodroof begins to smuggle alternative treatments into the U.S. and establishes a “buyers club” with his unlikely business partner Rayon (Leto), a Trans woman.

“Dallas Buyers Club” is an inarguably “good” film, but it shouldn’t—and won’t—win Best Picture. For the most part, it’s an ordinary biopic built on largely common writing, cliché themes and some misplaced casting—ahem, Jennifer Garner. 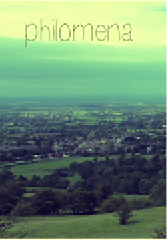 I was thoroughly planning on loving “Philomena.” A movie about a quest jointly undertaken by a cynical journalist and a feisty older woman (both characters I identify with on a personal level)? The film was practically made for me.

Perhaps these high expectations are the source of the profound disappointment I felt as I left the theater.

In the film, good-hearted Irish pensioner Philomena (Judi Dench) embarks on a quest with a cold-hearted, publicly-disgraced journalist Martin (Steve Coogan) to discover what happened to the son she was forced by nuns to put up for adoption 50 years prior.

Unfortunately, what I’m sure began as a meaningful journey of tandem discovery and a thoughtful examination of forgiveness was warped into a disappointingly problematic piece of (albeit beautifully shot) faux-sentimental garbage.

The director clearly decided audiences would rather laugh at an old woman than engage in any sort of meaningful analysis. 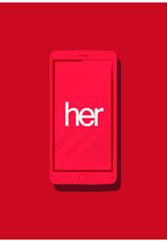 “Her” has struck up a lot of positive buzz as a thoughtful, compelling indie breakout film, and is now up for several Oscar awards.

“Her” is a touching and sincere love story that focuses on the need for human interaction. The film, set in the not-so-distant future of Los Angeles, follows Theodore Twombly (Joaquin Phoenix), a lonely writer, sensitive from his impending divorce to his childhood sweetheart. Twombly updates his artificial intelligence operating system, designed to adapt and evolve the more it interacts with its user. The operating system calls herself Samantha (voiced by Scarlett Johansson) and Twombly begins to fall in love with her. As their love continues to grow, Twombly becomes reinvigorated with life.

The film has beautiful and stunning cinematic scenes as we follow Twombly on his journey through the darkness of loneliness, the nostalgia of a failed marriage, and the light of happiness.

Although some critics say that factoring in “Her” for Best Picture is a game changer, other critics are convinced a film with computer love will switch off the older members of the Academy. 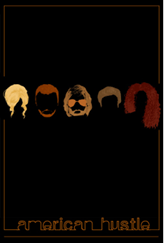 With glitz and glam out the wazoo, David O. Russell’s most recent film “American Hustle” throws the audience back to the 1970s in an elaborate retelling of the FBI’s ABSCAM operation.

The film is headed by Hollywood giants—Christian Bale, Amy Adams, Bradley Cooper, Jeremy Renner, and Jennifer Lawrence—four of whom have been nominated for Academy Awards in the acting categories. The film, in total, has 10 Oscar nominations this year, which makes it seem even more worthy of the Best Picture statue.

However, I feel that the film did miss out on certain points. As Russell has mentioned, a great deal of the script and plot were improvised by the actors, which, while interesting, made the already confusing scandal a bit more so.

Honestly, I just hope that the Academy can appreciate how much work was put into the film; you have to appreciate someone who’ will gain 50 pounds and get a comb-over (here’s looking at
you, Bale). 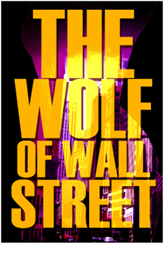 When Scorsese and DiCaprio unite, you just know that movie magic will occur.

“The Wolf of Wall Street” is the true story of one man’s debaucherous rise to power in the corrupt stock trading business of late ‘80s New York.

The film is equal parts dramatic and funny, and above all, profane—it broke the record for the number of F-bombs in a feature film (506, if anyone was curious). The movie has strong writing and a stellar supporting cast, but at its core, it’s really all about DiCaprio’s performance. He pulled out all the stops playing businessman Jordan Belfort, committing fully to developing a character that audiences just love to hate.

While the nomination for Best Picture was a worthy nod, this movie is really all about DiCaprio—maybe it’ll fetch him that Best Actor win we’ve all been waiting for.