It seems like the library is overlooked and overbooked.

University librarian John Popko and Provost Isiaah Crawford have had discussions that could potentially lead to a change in the way space is utilized on campus, particularly within the Lemieux Library and McGoldrick Learning Commons.

Some library staff members appear to be upset by the upcoming changes, though there is much internal confusion about what these changes will entail and how far along discussions are. The Spectator tried to speak to several members of library staff on this issue, but all of them declined to comment. 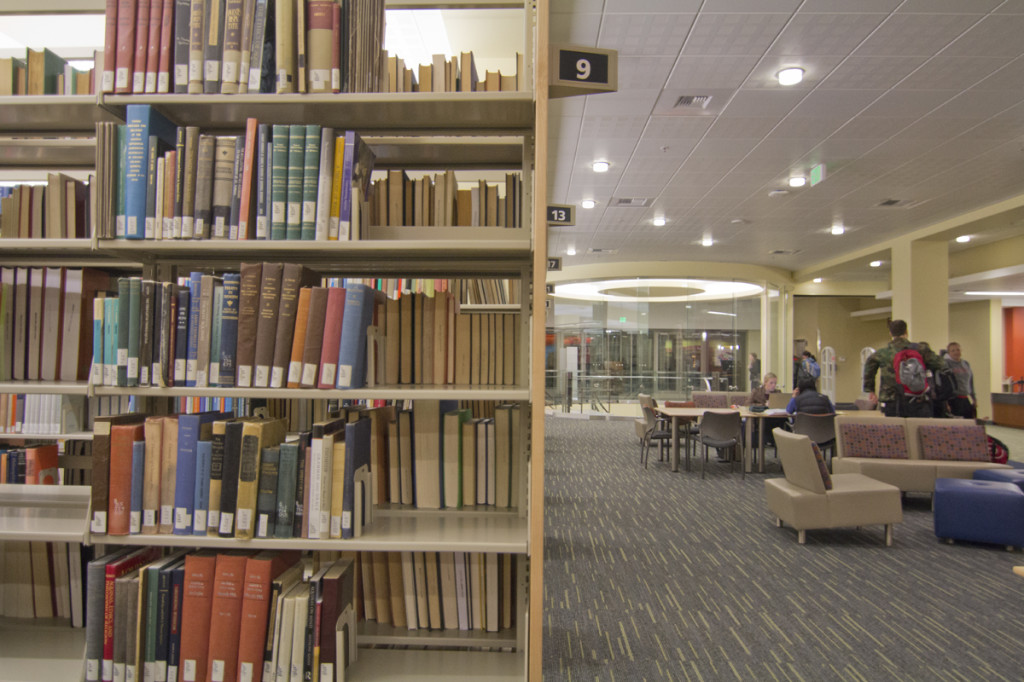 The administration has discussed plans to reallocate space in the library while keeping in mind the importance of study space.

As of now, according to administrators, there is nothing definite happening; any forthcoming changes are still in early discussion phase. Furthermore, they argue, any changes that will come to the building are entirely driven by efficiency concerns.

Students aren’t checking out very many books, Crawford said, suggesting that space might be put to better use.

For a couple years of years, Seattle University has been gathering information from peer institutions regarding their use of library space, Popko and Crawford said in a joint interview. That information was recently compiled into a formal proposal to more closely examine use of that space on this campus and consider possible changes.

“We have done preliminary analysis of our circulation statistics,” Popko said. “From 2011 to 2013, only 8 to 9 percent of all printed books were ever checked out…I have to wonder how well we are using that space in the library building.”

If books were to be removed from the library, they would, according to Popko, be stored in a depository so that any book could be retrieved if a student needed it. The library is not looking to eradicate its collection.

“If we do decide to move in this direction, we would look to make the printed collection available as we have done before,” Crawford said. “Looking at issues around circulation, the space governance committee on campus has been informed of our desire to look at this assessment and find the best use of space that would come forward if we move in this matter for academic purposes.”

Large changes to the library likely mean large changes for its staff. There are approximately 50 employees between the library and learning commons. Earlier this year the buiding saw another large renovation when the Institute for Catholic Thought and Culture was installed on the sixth floor of the library. This space was originally a lounge for librawry staff, and back then there was some concern among library employees about the consequences of the repurpose. Today, forthcoming changes could be a continuing source of concern for these individuals.

“Some will be excited about change, others threatened by it…” Popko said, “I haven’t polled them but that’s what you find with people.”

Beyond concerns of staff wellbeing, Popko and Crawford also expressed an interesting in ensuring student wellbeing is taken into account as any change is discussed.

“We are well aware of the fact that we must maintain study space and would do nothing to reduce that opportunity for students,” Crawford said. “It is definitely something to consider as a priority.”

For now, it appears that changes would only occur by finding new ways to use the space currently occupied by books that are not being put to use. Some of Seattle U’s peer institutions have looked at moving out the underutilized portion of their printed collection in order to make more room for study space. Seattle U is in a good position as they already have more study space than most of the other institutions and can look to use the extra space, if it is decided to move some books, in more creative ways.

“It is in a process of discussion and no decision has been made,” Crawford stressed. “If we move in this direction, it would be my every intention that any space would be used for academic purposes which includes faculty, students and academic programs.”