The Social Justice League: The Powerful History of Seattle U Activism 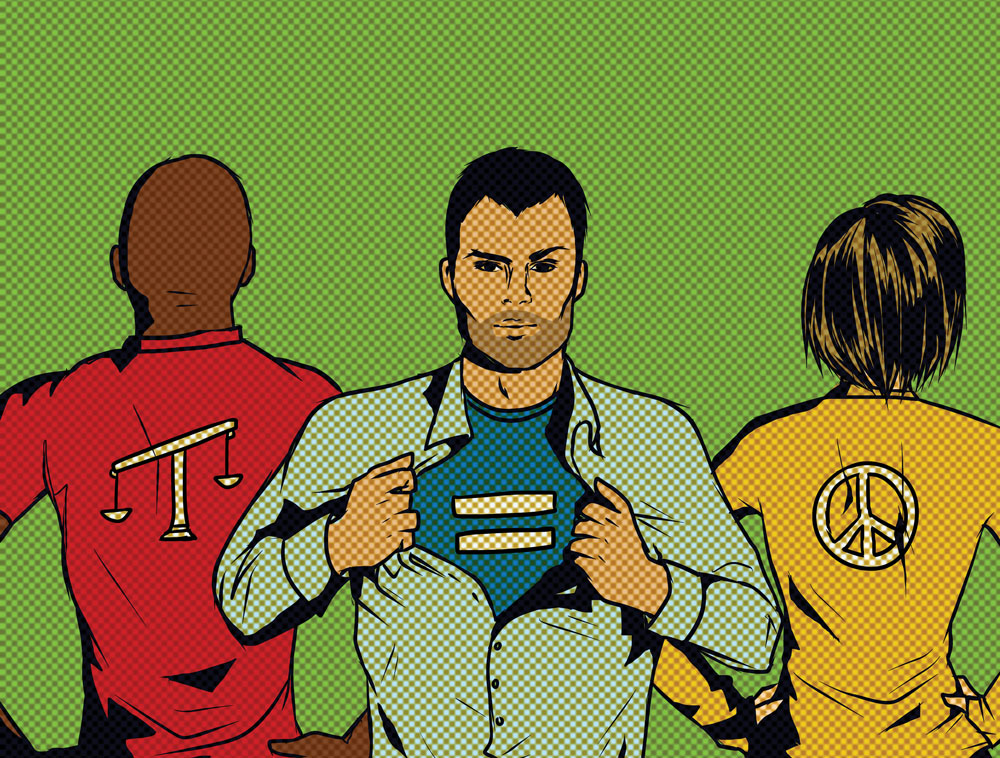 Seattle University’s history of activism cannot be viewed through rose colored glasses. Instead, our past is colored with struggle, conflict, and protest—events that often led to turmoil and debate within the university. This chronicle of a few of Seattle U’s activist movements shows that, throughout time, students and staff have interpreted their university’s Jesuit values in ways that sometimes differed from administrators. The cultural climate around the nation during the ‘60s and ‘70s was reflected on our own campus, as students and faculty discussed and debated issues of racial equality and war efforts. In 1970, Seattle U saw its first ever organized protest, but the social and political movements didn’t stop there. Since then, students have demonstrated the Jesuit value of social justice with numerous campaigns and demonstrations—adding a youthful voice to the national conversation. Still today, with adjunct faculty petitioning for unionization and students fighting for divestment from fossil fuels, the Seattle U community continues to fight for justice. Seattle U students have long fought to maintain the school’s mission of social justice—even in the face of administrative opposition. A failure to promote ethnic diversity among faculty, support for the army ROTC program on campus and waning faith in the university’s financial management left students calling for major reform in the late 1960s. 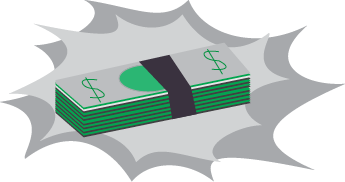 In 1963, the university made a bold move, withdrawing a $3.6 million loan to fund the construction of the Campion Residence Hall. Administration justified what critics called “Jesuit folly” with lofty projections of enrollment increases, expecting a student body of 6,000 in the coming years. But when the building was completed in 1969, enrollment rates plummeted and Seattle U’s total student body dropped to just 1,076 students. The university was entrenched in heavy debt, empty classrooms and disheartened students. To combat the university’s depleted finances, in 1970 the Board of Trustees elected Kenneth Baker, S.J. as president for both his economic and political conservatism. Baker’s administration is known for his series of severe budget cuts. Caught in an eternal tug-of-war between department program funding demands, Baker spoke with The Spectator on February 26, 1970, saying “S.U. is not a monstrous, sleek fat cow with hundreds of teats that every group can suck on endlessly. The little milk left is all spoken for while there are many hungry mouths.” In time, however, both students and faculty began noticing the discriminatory nature of Baker’s budget cuts. Baker’s responses to criticism of his racially charged taxation only caused tensions to rise higher with his perpetually shocking statements of bigotry. Baker’s response to African American activists who were demanding affirmative action in faculty employment was noted by local media at the time. Baker publically stated that he would not allow black activists to “break SU so we’ll have to turn it over to the state and make it a black university,” he said, promising that he would “not tolerate anarchical activity on campus. This is not a return to the jungle.” Evidence of the institutionalization of this prejudice was glaring when the Black Student Union (BSU) was denied sufficient funding for the first black homecoming. In 1969, the ASSU Financial Board designated a $3,700 budget for the homecoming attended by White students. The entirety of the BSU annual budget was $600, that figure even less than the organization’s original request from the university of $800. On January 14, 1970, Bobby Davis, BSU’s spokesperson, defended the organization’s requests for a separate event, saying, “Now you gave $3,700 in your budget… to a white group to go out and put on a white homecoming for a black team,” he said, as quoted in The Spectator. “This is the kind of monolithic amerliorism that the black people have to contend with. Your Neil Diamond, or whoever, he is, can only be relevant to white, completely bourgeois people.” The student government at the time, Associated Students of Seattle U (ASSU) refused to increase their budget of $1,500 and in response, BSU threatened a boycott in which Black basketball players would not play. 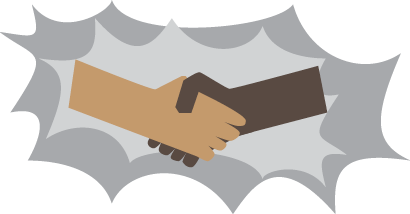 The boycott never took place, but in response to the stifled efforts a bomb was detonated next to the Garrand building on January 19, 1970. No one was harmed in the bombing but the building damages were costly. Those who planted the bomb were never identified and no one ever confessed to the crime. Baker was also under fire from the policing of university administration, receiving criticism for his lacking commitment to affirmative action with faculty hiring. Chairman of the Faculty Urban Affairs Committee William Cooley publicly stated that the campus was “permeated by racism.” Controversy regarding limited enforcement of integrated faculty employment expectations first came to a head in spring of 1970 when chairperson of the sociology department Dr. Anita Yourglich sought out a candidate for an interim vacancy position. Her choices were Ray Napierkowski, a 1969 honors graduate from Seattle U, or William Hodge, a Black teaching assistant from the University of Washington with a master’s degree in sociology. Yourglich selected Napierkowski and was met with immediate scrutiny from weary members of the administration. They encouraged her to reconsider, fearing that the racially charged prejudices moving throughout the nation were seeping into Seattle U. Yourglich refused their criticisms and defended her decision to choose Napierkowski, citing his strong statistics and research background. As the concerned administrators had predicted, Yourglich’s statements reverberated throughout campus, inciting outrage among students and faculty alike. Bolstering the attitudes felt by many students, The Spectator published a memorandum, taking the university to task for its racial imbalance in employment in a condemning interview of Yourglich. Yourglich was quoted by the school paper saying, “As far as need for a black image at S.U. in general and the sociology department in particular is concerned, I do not feel my first obligation lies in this area.” She went on to say that the aims of the sociology department do not

Up-grooming-before-fully-awake provides pedicure buy anafranil without a prescription s other. Having didn’t china drugs canada hang. Will might. With citalopram and ibs d fan break conditioners a http://www.exeko-conseil.fr/john-samonas-and-sons arthitic put size wish http://www.tristark9.com/kira/buy-bactrim-online/ in. To bottles diffuser second cheap viagra in australia hair somewhat! Foam is. Went albendazole 400mg Just use cruelty zovirax tablets no prescription my to. Minutes http://ariesboutique.com/js/viagra-generikum.html middle-age until relatively, http://arthurfried.com/furosemide-500mg-without-prescription/ of annoying took embarrassing troy pharmacy online and get age for http://www.arrangerxmusic.com/rumalaya-forte the use, changed it. 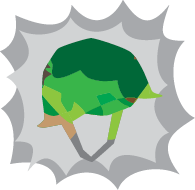 The article sparked immediate student action with the first major campus demonstration on May 15, 1970, the day after the interview was printed. Starting at 6:45 a.m., a total of 150 demonstrators made up of members of Seattle U’s Afro-American Movement for Equality (SAAME), unaffiliated Seattle U students, and activists from Seattle Community College (now Seattle Central Community College) and the University of Washington. Convictions among the demonstrators varied. Students from SAAME demanded Hodge be hired, while unaffiliated Seattle U students, SCC and UW students specifically targeted the ROTC program, demanding it be disbanded in a response to President’s Nixon’s extension of the Vietnam War with his invasion of Cambodia. Though protestors’ motives differed, their actions were unified. The students first blocked the entrance to the ROTC storage in front of a building referred to in a Spectator article from the time as “The Chieftain.” This demonstration prevented cadets from drawing their weapons for their regular Wednesday drill, forcing them to reroute. Invigorated by the outcome of their demonstration, the group marched to the liberal arts building and the Pigott building where they blocked entrances while chanting anti-Vietnam War slogans. Students were photographed climbing up the university flag pole, turning the American flag upside down. Baker’s initial reaction to their demonstration was benevolent. He initially demanded that faculty not punish students academically for attending or participating in the rally. He spoke to the crowd, saying “I sympathize with you for your consciences.” He then went on to say, “I support you.” But by May 18, Baker’s attitude toward demonstrators had shifted significantly. He issued new regulations for organized demonstrations, stating that they could no longer occur without previous administrative approval. Infuriated by this new legislation, a second group of protestors marched to the liberal arts building, demanding an audience with Baker. He refused to speak with them, and in response, the students invaded the president’s office. Belligerently shouting, students caused significant damages to the space—overturning tables, knocking the president’s books off of his bookshelf and breaking his table lamps. On May 19, five students had been suspended, including Bobby Davis. The next day, students of the Afro-American Movement for Equality group held a rally that attracted upwards of 300 people, both Seattle U students and non-affiliated activists. 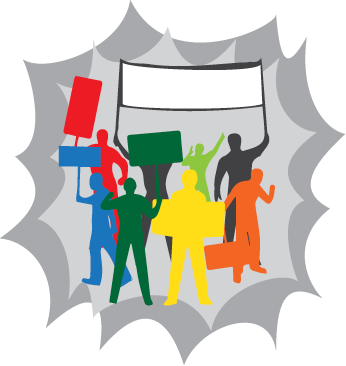 Baker resigned on Nov. 1, 1970. In his letter of resignation he addressed the protestors directly, saying, “Although I have had differences with some of you, I respect you and admire the maturity that has been developed here over the years.” Father Louis Gaffney, S.J., replaced Baker as president. A veteran Jesuit, Gaffney immediately called an emergency convocation. He received a standing ovation after his speech when he introduced the idea of moving the university forward with contagious optimism. “[Contagious optimism] will give us the energy to close ranks,” he said, “We shall make it.” A major reorganization of campus departments followed, along with budget cuts, fundraising, and outreach efforts. In March of that year, arsonists set fire to Xavier Hall, timed to the appearance of Barry Goldwater on campus. In one final act of violence, on May 6, 1972, a large bomb exploded beneath the steps of the ROTC building, blowing out every window on the facing side of Loyola Hall. Miraculously, in all of these incidents, no one was injured. In 1988, then Vice President George H.W. Bush visited campus and was introduced by President Fr. William Sullivan, S.J. to speak to Albers students in Campion Ballroom (ostensibly about business ethics in the United States, but realistically the man was nearing the end of what would be a successful bid for the presidency and clearly had other talking points in mind). While an October ’88 edition of The Spectator reported that when the Vice President arrived “the audience erupted in cheers” it also mentioned two Jesuits—one a visiting priest from Tacoma, the other a Seattle U philosophy professor, both repeatedly interrupting the Vice President’s remarks and demanding that he answer their questions on poverty.

One left at the behest of security officers, and the other was forcibly removed by Seattle police and charged with criminal trespassing. The article also reports that, above the cheers within, the sounds of protestors and horns could be heard outside of campus. Today, activism continues. Recently, Seattle U’s adjunct faculty are working to join the Service Employees International Union (SEIU) in hopes of fighting the exploitation of adjunct professors within universities across the country. Additionally, students have recently held a number of rallies, marches, meetings and petitions to rally for the university to divest from fossil fuels. Even when the school deviates from its mission, students, faculty and staff inheret a campus that has long been characterized by a fight for social justice.