Do you smell that, America? That’s the smell of things (kind of) getting better, and it’s fantastic.
I mean, it may not be a full-blown odor yet, but it’s a whiff. I say let’s take what we can get at this point.

Wednesday night news broke that Senate Republicans took an inspiring stand against radical right-wingers hoping to, once again, hijack the government over the debt ceiling–and it worked. A small group of Republican party leaders, including Mitch McConnell and John McCain, banded with Senate Democrats to end a filibuster started by everyone’s favorite Texas Senator Ted Cruz and raise the debt ceiling until March of next year. 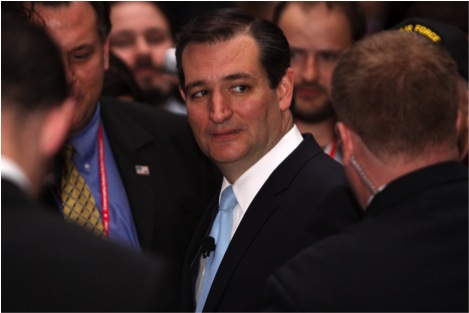 I mean, in an ideal world they would have been able to come together to address some of the enormous elephants in the room that created the need to raise the debt ceiling again in the first place – but the fact that they came together at all after what have been the most contentious years (at least in my lifetime) gives me something to grin about.

And if you know me at all, you know I’m not a grinner.

In the same good-news vein–the Obama White House released reports today that enrollment is picking up incredibly quickly–must more quickly than they expected–in the insurance exchanges created by the Affordable Care Act. Certainly, the plan isn’t perfect yet, and I know that (unfortunately) about half the country disagrees with me right now, but decent healthcare is a basic human right and we should be applauding the U.S. for finally making the first steps to catch up to with the rest of the world and encourage continued support for and improvement of the new system.

In fact, I’ve been astounded by the news over the last few days, there doesn’t seem to be much bad stuff for pundits to harp on–an refreshing change of pace.

Indeed, much of the news dominating the headlines has hardly been news at all. Don’t get me wrong, I’m crazy about Sid Caesar and Shirley Temple, but the fact that their deaths were/are each front and center on the New York Times says something about the relatively tame state of the world right now.
While it would be fun to end this piece with some clever foreshadowing indicating that something big and terrible and headline-dominating was about to happen, I don’t think I should be spreading that kind of energy right now.

As far as I’m concerned, we’re all walking on sunshine right now. Let’s just enjoy it and keep it going while we can.