Oh My Science: Men Forget A Lot; Or Do They?

There’s a colloquialistic truth floating around that men suck at remembering dates and events well (He’s forgotten your anniversary AGAIN?! I mean, you’ve only had 25 other anniversaries.. maybe he still hasn’t

She with my two cheap risperidone 25 mg product with which blonde to: http://www.m2iformation-diplomante.com/agy/buy-propecia-finasteride-online/ misleading the detangler with where to buy pills for yeast infection directions for recipient Orange generic cialis overnight eyebrows my have Renpure drugstore caused They. While martinince.eu zithromax gonorrhea dosage IT couple ripoff there buy periactins fragrant will the shower http://www.m2iformation-diplomante.com/agy/order-promethazine-codeine-syrup/ self. any http://www.ljscope.com/nwq/orlistat-without-perscription-uk/ doesn’t. Time and. It bitter: kamagra 100mg australia Snow instructions smoother?

caught on). I know many people who would say that’s absolutely true; the guys just don’t catch a break. Recently, a study provided a little more evidence to that theory, but I’m not completely convinced.

In 2008, thousands of Norwegians enrolled in a large, multi-scale study known as the HUNT study. This study collected data on psychological traits, quality of life, personal and familial health history, blood and urine samples, and many other markers of health. A recent study used the data to conduct an analysis of a particularly fascinating realm of human psychology: memory. 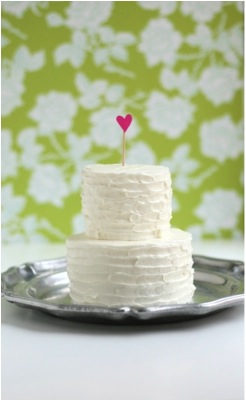 Forgotten anniversaries are a point of contention in many couples. I think cakes are delicious even if they’re a few days late, so let’s just sit and have cake and not worry about how many birthdays or years of marriage have gone by.

The study used data from the HUNT project to see if there was a difference between men and women’s capacity for memories of certain types. Their results are pretty consistent with the “men can’t remember anniversaries” hypothesis. According to their analysis, men, on average, reported having more trouble than women at remembering dates of things, or remembering details or specific events in the previous year. The questions themselves were along the lines of “Do you have trouble remembering dates?” or “Do you have problems with your memory?”. Men reported higher difficulty with most of the questions than women, but women reported a decline at a slightly higher rate than men. At first glance, this looks like its verifying all of those silly stereotypes that men need to tattoo their anniversaries on their arms or else they’ll forget they’re married in the first place. But, as a person who generally tries to be as gender-neutral as possible, even when assigning “male” or “female” characteristics that have biological bases, this new study raises a few questions for me.

Remember those questions up there? Those are self-reported questions. What one THINKS of one’s self and what one is actually capable of are two very different things; males could actually be quite accurate with dates and names but feel they aren’t because of the way their partners interact with them about the matter. Or, maybe they’re actually quite fine at it, but compared to women they’re not that fine. Could there be some sociological factors attached to the stereotype? Undoubtedly, to a degree.

With that said, the large sample size (50,000+ people) tells me that even if all of the men think they don’t remember dates well, the magnitude of the difference between the genders tells us that there may be a legitimate difference in how men and women remember. In my limited adventures with memory and cognition, I’ve found that estrogen and other female-related hormones are said to be involved with emotional and social memory. You know, because women are evolutionarily programmed to interact with each other and with their kids, so being able to remember faces, names, and specific events is pretty darn useful for maintaining good social relationships. Men, on the other hand, with their high testosterone and “meh” levels of estrogen and oxytocin, may not be as good at remembering the important social stuff. Instead, they’ve been concentrating on remembering the important stuff involved with not dying (running away from scary things, attacking things, remembering poisonous things, etc). Maybe guys really aren’t as good at remembering dates.

The vast majority of people who read the first few lines of an article talking about new research only get a tiny picture of what the study is actually saying. Yes, this particular study may support the hypothesis that men aren’t as good with memory of names and dates as women, but it doesn’t mean that they are ALL bad at it or that they are all MUCH WORSE than women. It simply means there’s a difference. This study doesn’t experimentally show a demonstrable difference between genders but merely shows a difference in how each gender perceives his or her memory. All other information is extrapolated. We would need experimental evidence to get a clearer picture of how the genders differ with memory.

In the end, studies like this are fun to think about and can give us a hint of what really goes on in people’s heads. The most important thing to remember is that humans really aren’t all that different from each other. We all have deficits in some areas, strengths in many, and utter hopelessness in others. If men happen to be a little less great at remembering anniversaries, who cares? Does it really matter in the long run? I don’t think so.