Provost Urgest Faculty Not to Unionize 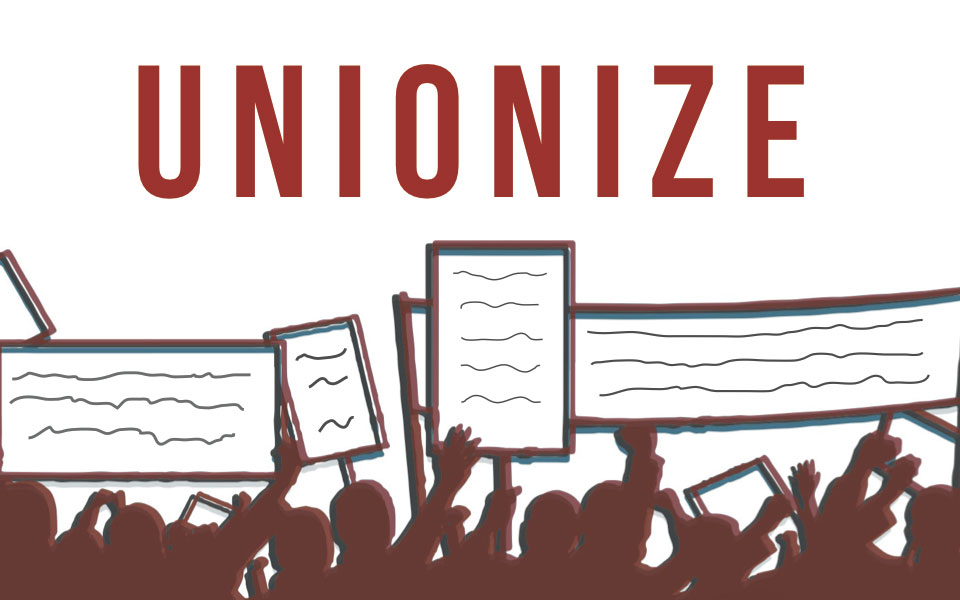 In America’s higher education caste system, adjunct instructors are deemed by many “the untouchables.”

Many of Seattle University’s adjunct faculty are currently working to join the Service Employees International Union (SEIU) Local 925 in hopes of employment stability, contract transparency and living wages. Though these faculty currently face significant opposition from university administration, many remain steadfast in their mission to end what they perceive to be their own exploitation.

Constituting more than half of the total instructor representation on campus, non-tenure track faculty believe their planned participation in SEIU’s Adjuncts and Contingents Together Washington (ACT WA) project is directly in line with Jesuit social justice ideals, stating: “The Catholic Church has always seen union organizing as one of the essential means for the promotion of social justice. In that tradition… the goal of SEIU’s faculty members is to systematically raise… faculty employment standards and to restore the central importance of teaching and teachers to our institutions.”

Larry Cushnie, an adjunct political science instructor at Seattle U and leader in the SEIU movement describes their work as fitting “within a larger national perspective… Other really wonderful Jesuit universities like Georgetown have worked with their contingent faculty and with the administration and had really good outcomes. In fact both parties have been really happy with the outcomes there. I don’t see that what’s happening here is necessarily any different.” Cushnie has largely spearheaded the effort to form the adjunct union on campus.

History instructor Michael Ng agreed with Cushnie, defending the need for unionization as a means for “greater dialogue… in addressing contingent faculty concerns and allow[ing] faculty to maintain the high quality of education which students expect, deserve and currently receive at SU… We teach our students to use many methods to understand the world and we, the faculty, choose to embody that message by exploring many options and, if unionizing is an option, then faculty should have a chance to learn more about it for themselves.”

Both Ng and Cushnie’s concerns echo a reverberating response from non-tenure track faculty in the national epidemic of “adjunctification.” A shift from a balanced tenure to non-tenured faculty ratio in higher education first became apparent several decades ago but in the current post-recession economic climate, reliance on adjunct faculty is at an all-time high.

Due to the cost-effectiveness of their employment, part-time and temporary professors comprise 75 percent of university professors nationally today. At first glance, these hiring policies may appear financially sensible for university budgeting, but the process appears to some, like Cushnie, to have the byproduct of “creating a two-tier system that undermines teaching and destroys middle class jobs.” He argued that the imbalance fosters disparities of wages and benefits, dictates substandard working conditions and permits insufficient contractual clarity to adjuncts.

As the nation’s premier Jesuit institution, Georgetown holds that it remained true to its mission of educating in line with social justice values. The school’s administration swiftly adopted a position of neutrality to SEIU faculty member’s unionization efforts. “A clear and fruitful standard,” according to Cushnie.

He and many others involved in Seattle U’s efforts regard this positive dialogue between Georgetown administration and adjunct faculty as a precedent for Jesuit institutions across the country.

Seattle U’s regional counterpart, Pacific Lutheran University’s (PLU) adjunct faculty first stated their efforts to unionize in April and continue to fight to move the university administration to a position of neutrality. Pro-union faculty at that school argue that they are currently being forced to endure the anti-union tactics of administration figureheads borrowed from previous failed unionization attempts and specifically engineered by consultants, PLU adjunct faculty have taken to organized methods of defiance, like holding strikes to gain additional media exposure and put pressure on administration.

Despite the climate at PLU, Seattle U SEIU’s faculty members remain hopeful and persistent in their progression despite early declarations of administration opposition from Seattle U Provost Isaiah Crawford, who argued that the channels of communication are already in place for the concerns of adjunct faculty to have any of their concerns addressed.

In his initial letter, an email sent to non-tenure track and adjunct faculty in December, Crawford stated that the formation of a union would “weaken key elements of the shared-governance system that we have worked hard to develop and support.”

Crawford clarified that the university is not “anti-union;” instead, he argues that the decision of opposition is circumstantial, stating that, “the University has longstanding and productive relationships with many members of the labor community. In this specific situation, however, we do not support this union’s attempt to organize our contingent faculty.”

Struck by the email’s limited recipience and the content of Crawford’s response itself, even some tenured faculty spoke out, declaring their position of neutrality as a means of support for their colleague’s efforts to obtain equality.

The largest college on campus and the school with the highest percentage of non-tenure track faculty, the College of Arts and Sciences was the first to produce a statement via the Faculty and Staff Assembly (FSA) expressing their support for an “equitable workplace, whether that is a union, or the creation of the new governance bodies that have decision-making authority or both.”

“It was totally understandable to me that adjunct faculty would want some role in governance and some better way of controlling their lives and their incomes and having professional standards,” said Theresa Earenfight, professor of history and chair of the humanities department. She spoke for those represented by the FSA stating, “We have the most concern over this… and we stand by our colleagues no matter what they decide to do.”

Earenfight’s reaction to Crawford’s response was similar to the reaction of several of her colleagues.

Earenfight expressed her commitment to her fellow colleagues with a certain degree of stipulation. She explained the importance of preventing tenured faculty from being forced into an “adversarial position… We would like to work with both sides. These are people [(non-tenured instructors)] who you would want the university to respect and value and that’s all we’re asking, is that they be treated like the rest of us are that are tenured and tenure track.”

Strong reaction across much of the faculty is possibly attributable to a second email sent by Crawford – one that several faculty objected to – particularly, as some noted, for its “patronizing” tone.

In this email, which was also only issued to contingent faculty, Crawford restated the administration’s opposition to the current unionization effort and called for critical thinking on the part of adjunct faculty as they consider SEIU’s petitions.

Crawford described SEIU’s card-signing process specifically, calling it a “basis for a demand that SU voluntarily recognize SEIU or the union can petition the government for an election. If the union gets enough signatures, SU is then required by law to give the NLRB the name and home address of each eligible voter.”

For its part, SEIU has declared on its ACT WA web page that Crawford’s claims here are “incomplete and misleading,” adding that they plan to “pursue a fair and free election, the same way that faculty have joined unions across the country.”

Ng further finds Crawfords response “jarring” and argues that it only propels the efforts of reformers. “University life should be about learning without fear and exploring options without big brother telling you what/how to think. All this did was, from our perspective [was] get people really interested in learning more. It has galvanized all faculty into pressing for more dialogue with each other and with administration.”