REJOICE, you coffee-addicted Seattleites! Our Puget Sound may be highly caffeinated, but we are at lower risk for Type II diabetes (the diabetes that people can get because of bad diet/lack of exercise/some genetic predisposition). 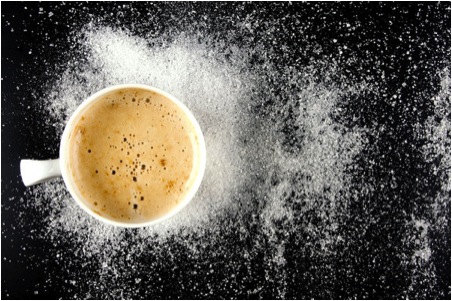 Courtesy of Tanya of buzillo-stock

A meta-analysis revealed earlier this fall that the more caffeine you drink, the less likely you are to get Type II diabetes (1). The meta-analysis looked at 26 different studies on caffeine consumption and the development of Type II diabetes that would first ask people to report on their caffeine intake, then to catch up with them a few years later (on average) and see where their health had gone.

Overall, out of the 1,000,000 people included in the enormous data analysis, caffeine cut the likelihood of getting diabetes by 30 percent. Also exciting for those of us who are female and drink coffee incessantly, our risk is cut even more. For those who didn’t smoke and were at a healthy weight (BMI of 25 or under), the response was even better and more pronounced. Also included in the meta-analysis was that the more coffee consumed, the less of a risk (roughly by 12% per 2 cups a day).

I don’t think I’ve found many studies that said caffeine actually has bad effects in the long term as long as it’s in moderation. Therefore, I wouldn’t recommend drinking 8 cups a day just so you could cut your risk down for Type II diabetes; it wouldn’t work because statistics don’t work that way and neither does your body.

What is caffeine doing to lower the risk? This part is the unclear bit of this study. Caffeine has been shown to help memory, mood and overall functioning and is now apparently linked to lower risk of developing diabetes. Why would it have an effect on this metabolic disease?

Interestingly, other research suggests that caffeine itself actually inhibits proper glucose metabolism and can exacerbate the effects of diabetes and cause worse spikes in glucose than without caffeine (2). This study in particular used pure caffeine rather than tea or coffee and had a fairly small sample size when compared to the (literally) million participants in the meta analysis and dealt only with people already WITH Type II diabetes. Conflicting research like this is important in order to ask the right questions about what is actually causing the differences we see in various populations and studies.

For now, though, drinking coffee to give your brain a little boost in memorization every day won’t hurt and could actually help you later on.

Cheers and thanks a latte.