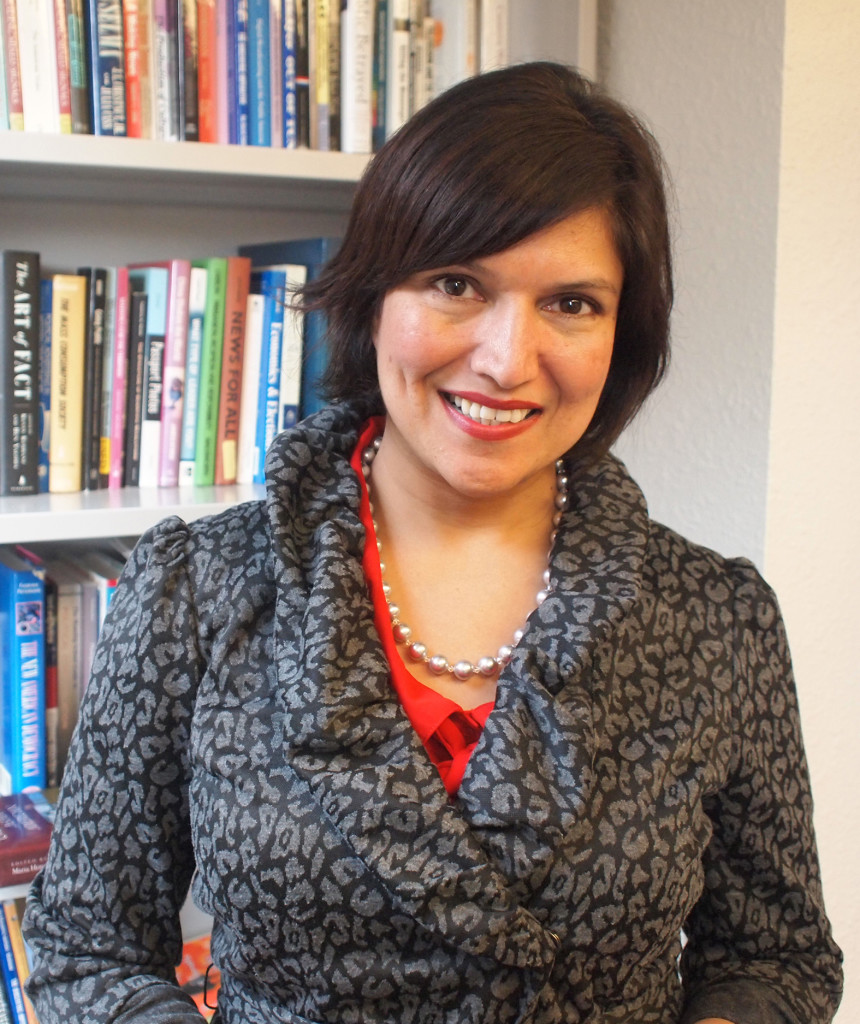 It takes exceptional skill to write a novel with the accuracy and poignancy necessary to describe a tragedy happening halfway across the world.

Many readers and fellow journalists believe that Sonora Jha has done just that.

“[Jha’s] book, which straddles the distinctly different worlds of Seattle and Vidarbha, is a poignant account of a single farmer’s struggle with fate, circumstances, inequities and a flawed economic and social structure,” said a review by The Hindu, one of India’s most respected English language newspapers.

A fixture of the Seattle University campus, Jha has brought her journalistic and personal experience into play to write her first fictional novel, “Foreign.”

Jha, Chair of the Communications Department at Seattle University and staff adviser to the Spectator, has had a long and successful journalistic career, but decided to dive into the world of fiction for her first novel.

“Foreign,” an absorbing story about the farmers’ suicide crisis in India, was published by Random House India in April 2013 and has since been shortlisted for several prestigious awards, including the Hindu Prize for Literature and Shakti Bhatt First Book Prize, both for 2013.

The idea for “Foreign” came from Jha’s research in India, the country where she grew up and initially worked as a journalist.
“I became interested in the topic because not enough people knew about it, so as a journalist my first sense was that of curiosity,” said Jha. “As a researcher, my second interest was in a question: why was it not being written about? To me, this was a key story of the social injustices that happen with globalization.”

Farmer suicide has been an issue in India since the 1990s. According to an article by BBC News, over 270,000 farmers have committed suicide since 1995. Indian agricultural minister Sharad Pawar has addressed the issue by raising crop prices to increase farmer income. According to BCC, however, Jha’s research shows that it’s not just the agricultural industry that has resulted in high suicide rates, but the general social pressure that is introduced at a young age.

“Foreign” was a new challenge for Jha, who had no previous experience writing fiction.

“For me, I thought, ‘I’m a writer, I can do fiction,’” Jha said. “And then I was surprised at how much learning I had to do. It is amazing to actually learn a new form of writing and to learn to express myself in a different medium.”

Jha noted that her background was helpful in fictional writing.

“I was so glad to have my foundation in journalism, where you really ask a lot of questions, you do a lot of research, you’re very aware of facts,” she said. “For me, I think that’s what worked in telling a fictional story that was so close to real life. There is a quote by Albert Camus: ‘Fiction is a lie that we tell in order to get to the truth.’ With fiction, I was able to speak about some of the things that would be very hard to find even over months of investigative journalism.”

Jha certainly demonstrates her creative writing skills in “Foreign.” In an excerpt from the novel, protagonist Katya Misra returns to India in search of her son Kabir who has run away to look for his father.

“The drive to Pandharkawada, the smallest town near Dhanpur, is a moving mass of dust,” Jha writes. “For most of the five-hour drive, the car is caught between a bus and a truck… Every now and then, she sees glitz on the highway — shiny, chauffeur-cleaned, Korean built cars with laughing young people, mostly young women, dressed in short sundresses and huge movie star sunglasses, hobo bags swung over their arms like the stars of ‘Sex and the City.’”

For anyone who wants to hear more, Jha will read from “Foreign” and speak about her novel this Thursday, Nov. 14, on the fifth floor of the Casey Commons at Seattle U.

Jha is excited about her novel and the opportunity that it has given her to tell this story.

“My favorite part of writing the novel was the struggle in the writing,” Jha said. “I’m at my best when I’m learning. Just learning this new craft was amazing for me. It was frustrating but it was also very delightful because I felt very alive. The other part was I felt like I owed to them, the people who told me their stories, to get the word out, to get their story to the world.”

The event this Thursday is open to the public, beginning at 6 p.m.

Sonora Jha is the faculty adviser to The Spectator.