Hurt, Yet Paid: The Ups and Downs of Injuries and Scholarships at Seattle U 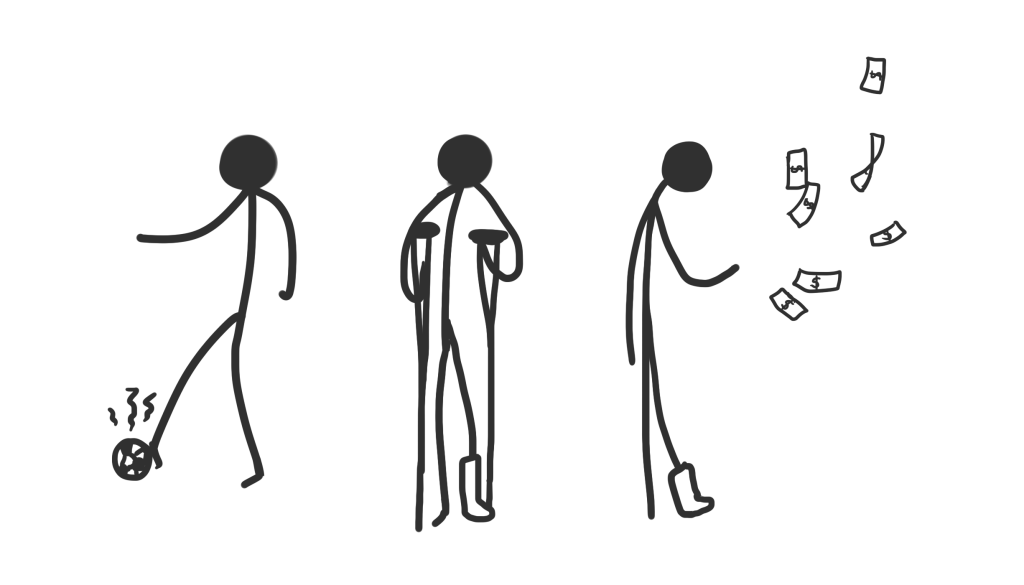 The question of how to dish out scholarships and how to repeal them is one of much mystery to most non-athletes—especially where injury is concerned.

Recently, top National Basketball Association (NBA) prospect Kevin Ware has been in the news due to his compound leg fracture that he suffered last year in the NCAA tournament and what this injury means for his scholarship. There was talk that he would not be able to return to his Louisville team, which brought up a conversation about his financial aid. Many were outraged that he was still receiving aid while being unable to play.

Ryan Somers, a fifth-year senior on the Seattle U baseball team is on scholarship. Early in his freshman year, Somers suffered a rough elbow injury that sidelined him for the rest of the season. The injury was similar to the “Tommy John” injury suffered by many Major League Baseball pitchers. Ryan was in a strange state of confusion, almost losing his sense of identity, but the Seattle U athletic department made it a point to keep him involved in their program and keep him working toward his goal.

Ryan discussed how his injury offered him the opportunity to study psychology while remaining a part of the baseball team. It allowed him to take more classes in political science and philosophy as well.

“It made me more well-rounded,” said Somers.

However, others might consider this paid time off an unfair expense for the university.

Shawn Farrell, an administrator in the Seattle U athletic department outlined the rules that the NCAA puts in place regarding such circumstances and how it affects student-athletes. Farrell stated that scholarship contracts are made on a year-to-year basis. If a student-athlete is injured and unable to participate for the remainder of the season, the student will still receive scholarship until that year has ended and it comes time to draw up new contracts. The student is given opportunities to work in the athletic department so that the students feels as though they are still earning the scholarship money.

Farrell pointed out that it is very rare for an athlete to sustain an injury that 100 percent guarantees they will be unable to play the following year.

Farrell also addressed the times where the media announces that some big name football star has lost his scholarship due to injury. Farrell said if a professional athlete loses his scholarship, they get to frame how the media is alerted.

“Often times when you hear that something else is going on. Did they forget to mention they were previously arrested three times?” Farrell said.

“It’s not just a career. It’s a passion,” said Guerra regarding his experience as a student athlete.”

Guerra was a free safety at New Mexico University when he suffered a serious career-ending injury. Guerra mentioned that he had trouble transitioning from the athletic part of his life into other facets, but what really helped him was the push he received from his coaches and administrators to stay active. Guerra was always around the team, but in a much different way–he was studying film, helping set up for games and overseeing special drills in practice.

As Farrell said, it is extremely rare that an athlete loses their scholarship. Although the student-athlete is still receiving aid throughout a year without play, that student-athlete is given the opportunity to channel his or her passion through work for the team or the athletic department to reimburse the draining funds.

Although Guerra was one of those unfortunate few to suffer a career-ending injury, he has managed to continue his career in athletics supporting Seattle U’s student-athletes experiencing injury and distress.