Blaze of Gory: Zombies Eat Their Way Into Classrooms 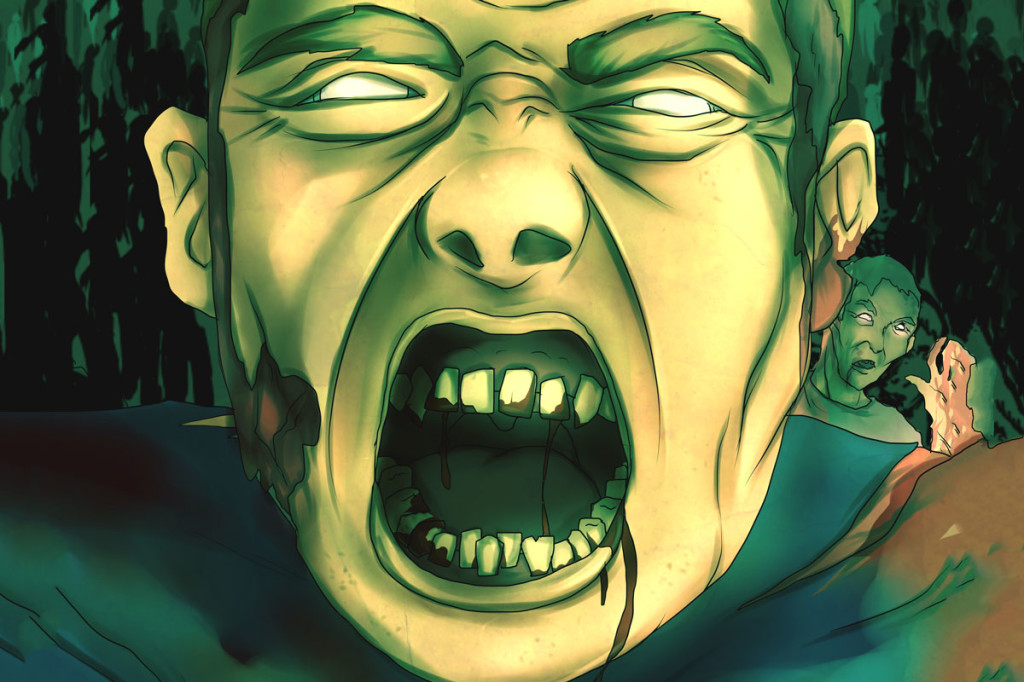 The undead craze has crawled out of the big screen and into academics. Scholars have begun studying the apocalyptic, post-modern possibility of a zombie phenomenon that extends beyond the page and screen. Universities are starting to study zombies in terms of human behavior and the undead creature is becoming a vehicle for the examination of pandemic possibilities—some academics think the imagined monster says a lot about society and its concerns.

Popular culture’s obsession with the zombie is one facet of professor Henry Kamerling’s creepy course.

Kamerling, a history professor, is currently offering an Inquiry Seminar in the Humanities called “A History of the Undead.” Some of the questions Kamerling poses in the course syllabus ask why zombies have captured the public imagination, what this icon tells us about contemporary society, and how zombie representation has changed over time.

“Well, before [the class], I definitely thought it was really weird,” said Sandy Dasalla, a student in Kamerling’s class. “I was scared to take the class because we have a list of movies we have to watch and I thought they were going to be really scary, but after going into the class and seeing the history I saw all these connections and it’s definitely changed my view a lot. I don’t see [zombies] as so scary anymore.”

That’s probably because the hobbling corpses aren’t ordinary monsters—they’re monsters that symbolize the values and fears of society and culture.

The Seattle U zombie course starts its exploration with an examination of Caribbean and Haitian voodoo that seeks to determine how the zombie is a product of these practices and was further imagined by the culture.

The monster study then goes to America to take a look at how and why the creature emerged at specific points in U.S. history, how the monster has evolved over time, and what that evolution says about American culture.

The original American zombie was a monster born of colonial Caribbean voodoo. It symbolized the controversial political relationship between the U.S. and the Caribbean, which was marred by torture.

Kamerling is certainly not the first professor to jump on the zombie bandwagon.

Columbia College Chicago has a course titled “Zombies in Popular Media” that takes a straightforward look at the phenomenon in horror and fantasy texts using critical theory and source media. Other institutions like Baltimore University and the University of Michigan approach the undead in fields such as anthropology, sociology and geology. The University of Michigan even focuses on zombie apocalypse survival.

By far though, the school with the biggest zombie-hype is the University of California, Irvine—the university takes the undead pretty seriously.
UC Irvine has teamed up with AMC, home to the popular series “The Walking Dead.” The course will be based on the trending AMC show.

The apocalyptic-style zombie emerged in the American imagination in the late 1960s. Questions raised in Kamerling’s course ask why that happened and why the interpretation was so appealing to Americans of the time.

“The zombie apocalypse and the pandemic is a totally different imagination of that creature, so something happened over time,” Kamerling said. “Something changed. Why did it change?”

One of the representations in film that began to launch this imagination was 1968’s cult classic “Night of the Living Dead.” Some of the conversation about this imagination critiques the political atmosphere of 1968, which was wrapped up in Cold War politics, racism and Vietnam.

Washington State University expert Michael Delahoyde argues today’s zombie craze reflects contemporary anxieties about death and daily life. Such anxieties brought about a new interpretation of the zombie in America. And it seems to be quite a
popular one.

College campuses have been plagued by the game Humans vs. Zombies for the past several Halloweens. Zombie walks and parades are springing up left and right and there is even a zombie prom at Seattle’s ZomBcom.

In 2002, “28 Days Later” made a compelling contribution to the zombie conversation and its role as a critique of society.

“That movie is typically read as a fear about something like the AIDS pandemic,” said Kamerling, walking through his analysis of the film. “Look at where you go to find safety in ‘28 Days Later’—it’s the country. Why is the city bad? Is there a political group in the United States that is anxious about the city? This is a politically charged metaphor.”

Dasalla remarks that similar trends of nostalgia have shown up in class discussions concerning historical events and their relationship to the phenomenon.

“We had one day where we talked about Hitler and how that connects to zombies,” Dasalla said. “For Hitler, he really liked the past. Zombies represent a problem with modernity and how society has failed and how we should go back to the past and be in our primal state, which is pretty much what a zombie is. Somehow it
all connects.”