Hardball Factor 360°: Space Race a Rush in the Wrong Direction?

Okay–I’ll admit that space is neat. Even I was obsessed with being an astronaut as a child, but I’d argue that we’re perhaps focusing a bit too much on the stars and not nearly enough on the ground beneath our feet.

When I was a child I was also obsessed with digging up old cow bones and waving sticks in the air and I don’t think that either of these ventures should be national or corporate priorities. 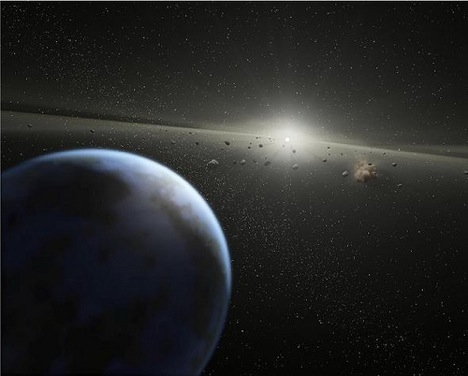 It isn’t healthy for humanity to begin planning and preparing for intergalactic migration at this point. Space might look beautiful from the ground, but by all accounts it isn’t exactly the most hospitable place in the world. We are all fortunate enough to live in what really does seem to be one of the sweetest spots for miles around–are we really comfortable with the idea of trashing it and being forced to move somewhere else? On Earth we are surrounded by a bounty of amazing life, things to explore and create and fill our lives.

Space largely appears to be, on the other hand, is (literally and metaphorically) a vacuum.

A few of our econo-cultural leaders have been pouring enormous amounts of money into space travel–Richard Branson, Elon Musk, James Cameron, and Jeff Bezos to name a few. Without delving too deeply into their profit motives for such lofty ventures (but come on, can’t we focus more on recycling the trash and metal we’ve dug up here before we start pulling it down to earth) I don’t think its healthy that individuals who serve as icons for the scientific and entrepreneurial in society to be making such irresponsible investments.

We’re making a mess down here on Earth. People around the world are suffering, cities are drowning, species are vanishing, icebergs are melting and an already unpredictable world becomes more and more chaotic and devastating every day. The saddest thing is, we could reverse it–or at least start the reversal process, depending on the study you read–if we just started to focus our time and energy here.

I could go on, but I think you get the picture. I’ll leave you with the wise words of another econo-cultural icon, one with an apparently far more responsible and forward-thinking point of view than his peers: Bill Gates (in an interview with BusinessWeek)

“Everybody’s got their own priorities. In terms of improving the state of humanity, I don’t see the direct connection. I guess it’s fun, because you shoot rockets up in the air. But it’s not an area that I’ll be putting money into.”