The Grace Space: How to Become a God, As Told by Kanye West

If you haven’t already read my column for this past Friday, you may believe this article within itself to be a joke; trust me, it is not. 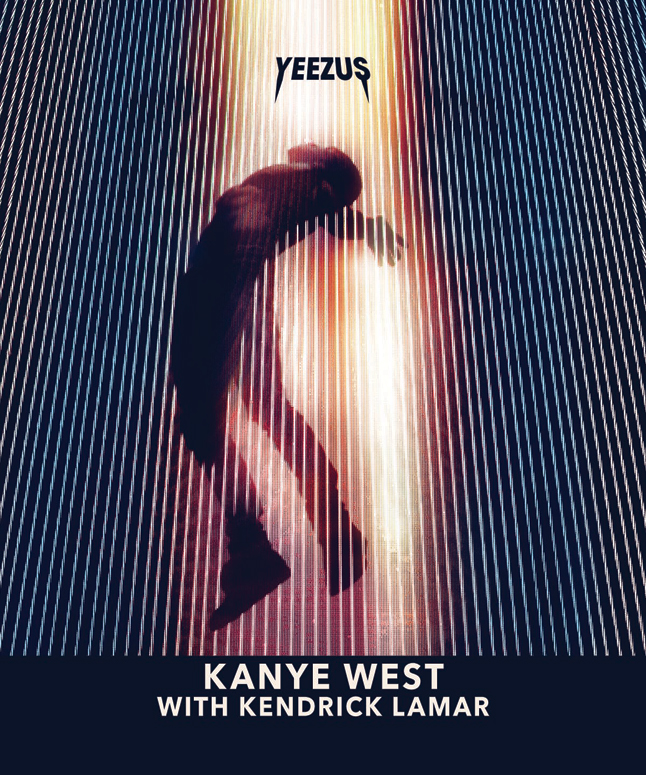 This past Saturday, Oct. 19, I was lucky enough to be in the presence of Yeezus himself at Key Arena—although I sat super far away—and experience what exactly it means to be a god.

Based on my hours of dancing, singing and yawning in Key Arena, I have created the following list for you all to try to become gods yourselves—thanks to Kanye, now we will all know the secrets!

1. Make an entrance
Kanye’s set was supposed to begin between 9:30 and 10:00 p.m., but that doesn’t mean Yeezus needed to come out—it’s Kanye West after all. Instead, Kanye left all of his audience restless (and somewhat tired) for his arrival so that the party could truly begin. Hence, we weren’t able to see the musical genius until 11:30 p.m. …which is way past my bedtime. But, honestly, the man knows the meaning of anticipation; everyone in the audience was losing their minds when the lights dimmed and he finally came forth and started out the night with “On Sight” as backup dancers in long white robes frolicked behind him. He then led the entire audience on a wondrous journey through his stage setup, skits and 27 songs for the next two hours.
Although most performers would be booed off the stage for arriving so much later than anticipated, Kanye knew who he was dealing with before he even got to the stage—obviously he has God-like powers (because he’s a God).

2. Be honest
Kanye referred to Seattle many times throughout the night, and not just the usual, “Seattle, how are you feeling?!” Being the first date of the tour, Kanye knew that Seattle would be a good city to start out with Yeezus, and yelled that Seattle is the Northwest (ha, I just got that). Although it was a bit annoying that Kanye began his set so late, he and his crew were completely honest about the situation, saying that both Kanye wanted to make sure the kick-off to the tour was perfect and an equipment truck had been stolen earlier.
Alongside the honesty in their actions and conversations, Kanye was (as always) honest in his lyrics. During his opener of “On Sight,” he pointed out into the audience at the line “There’s too many hoes in this house of sin,” and also made a point of the ladies in Key Arena during “Drunk and Hot Girls.” Although I don’t like the terminology, it was pretty funny to see how sure of these lyrics he was—so much so, in fact, that you begin to appreciate his honesty.

3. Don’t run out of energy
If I had to be up on stage performing and jumping and running around for two hours, I would probably pass out within the first 15 minutes. Luckily, Kanye has been doing this for a while, and his complete abundance of energy was very obvious throughout. There was a part near the start of the show where I was worried about Yeezus’ energy; during his performance of “Black Skinhead,” the seventh song of the night, it appeared that he might pass out during the lines “You n***** ain’t breathing, you gasping/These n***** ain’t ready for action, ready, ready for action.”
Even though he laid down on the stage for a few moments after this burst of energy, Kanye then went into full-throttle for the rest of the show. I don’t think I have ever seen a performer go for longer than an hour without a water break, but Yeezus doesn’t need water—he just walks on it (I can be funny sometimes).

4. Show your emotions, and how they have made you stronger
One thing you may not have known about Kanye West: he has emotions and feelings like everyone else. He was very personable for someone we’ve usually seen “attacking” paparazzi, and even sat down on the triangular white-wood stage to speak directly to those against the barrier. After wrapping up “Can’t Tell Me Nothing,” Kanye sat at the very edge of the stage and told the audience something we didn’t know before. Kanye said that “Coldest Winter” from his 2008 LP “808s & Heartbreak” was actually in dedication to his mother Donda, after her passing in 2007 from complications from surgery. It was a very emotional song already, but after Kanye’s new information for the audience, the song and its performance was taken to a new level.
He also elongated the already beautiful “Blood on the Leaves” by repeating Nina Simone’s lyrics from “Strange Fruit” at the end of the song, as well as telling the audience that this is “our now” repeatedly. Yeezus was also humble enough to reach down to his fans’ outstretched hands and shook about 20 to 30 people’s hands. Not something you would expect, but even further proof of the musician’s God-like capabilities.

5. Have a body double
On the tickets for the show, it was stated that there would be a “special guest” along with West and Kendrick Lamar. It was speculated that Flying Lotus might make an appearance because of his work with Lamar in preparation for the tour, but that assumption was proven incorrect once Lamar’s set had finished. In fact, it seemed to be bit of a rouse as to who exactly would come out on stage and either perform or simply appear for the audience after Kanye was about 10 songs into the set. My friend and I thought that he might bring out North and Kim Kardashian at some point, especially because they had been seen downtown earlier in the day.
Yet, those ideas were wrong as well. Kanye’s special guest didn’t ascend onto the stage until almost the end of the show, but it was definitely not worth missing. Kanye actually got Jesus—the son of God—to come hang out at Key Arena. This is not a joke, it actually happened. And the pair’s banter—unlike the lyrics about their relationship in “I Am a God”—was one the highlight’s of the night. The fact that Kanye actually did this further proves my idea that he is the greatest comedian of all time (sorry Steve Martin).

If these steps don’t help you in becoming a god, I would recommend simply leaving these facets to Kanye. He has already proven himself to be Yeezus, and obviously Jesus has no problem with him either, so let’s not hate.