Falafel, Pickles Make Their Way to the Hill 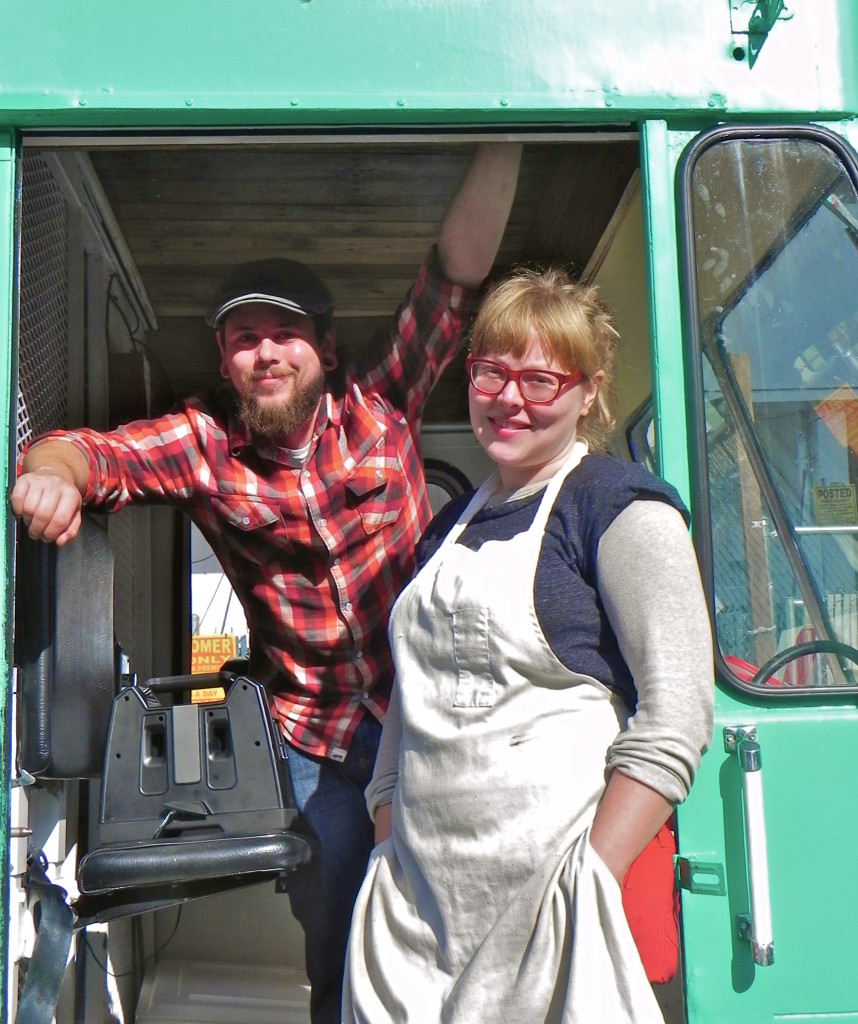 If you’re interested in going out to eat without breaking the bank, the corner of Pike Street and Broadway Avenue will soon have your solution.

Starting this month, three delectable food trucks will be serving Capitol Hill from this locale, less than a 10-minute walk from campus. The featured food trucks throughout the week will be Falafel Salam, How Pickle Got Out of a Jam and Skinny Phoenix. At these mobile eateries you’ll find traditional Middle Eastern street food, seasonal Northwest cuisine and classic American staples with a twist.

Falafel Salam was launched in January of 2012 by chef and owner Shimi Kahn, who grew up in Israel and began cooking at home at the age of seven. Upon moving to Seattle, he found that the falafel he had grown up with wasn’t available. He worked in a few restaurants, but continued to crave the authentic Middle Eastern falafel for years; he eventually decided to open up his own business and start serving up the food he knew and loved. 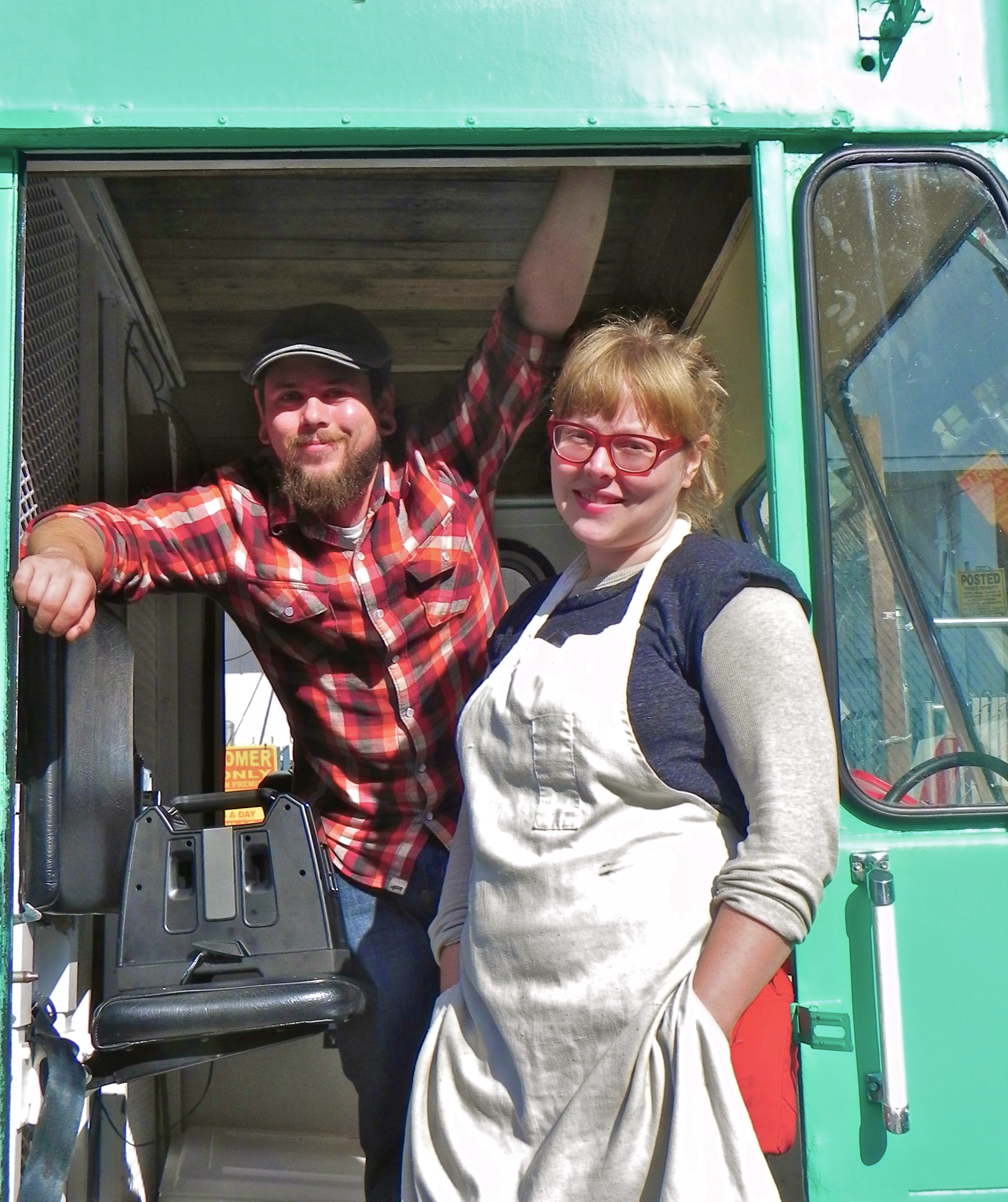 Vanessa Goldberg and her business partner, James, stand in their food truck How the Pickle Got Out of a Jam. The truck serves a variety of dishes, each including a special pickle or jam.

Kahn describes his food as “authentic, traditional, fresh and distinct” and says it’s “exactly the way you’d get it on the street in the Middle East.”

The food definitely lives up to Kahn’s description. The truck’s pita bread is fluffy and homemade daily; each falafel is cooked right when you order it.

“Falafels [that are] even 10-minutes old are thrown out,” assured Kahn.

Keeping up with other Hill restaurants, Kahn always chooses the freshest organic greens and his meats are all organic and sustainable. For vegan options, Kahn makes sure to use two separate fryers—one for meat and one for vegan items. Another distinct characteristic of the stand is that the flavors of his foods are unique and sharp.

On the menu, you’ll find various enticing items including falafel or shwarma chicken pita pockets and falafel salad. The vegan shwarma, served with organic tofu, is marinated in the same spices as the shwarma chicken. It’s not on the menu, but just ask for it and you will soon be satisfied.

Some tantalizing ideas Kahn has come up with are homemade pita chips with oregano and luscious sheep’s milk feta. He also just started serving brunch which includes pita French toast and shakshuka, an Israeli egg dish.

One of the other new trucks is How Pickle Got Out of a Jam, owned by native Northwesterners Venessa Goldberg and her business partner James. The pair got their start in the food truck business by cooking at home and fell in love with it. They enjoyed eating at food trucks, but got tired of seeing the same old burgers and tacos; they wanted something a little more homespun. So, last year, they set out to start a food truck something with an emphasis on seasonal delicacies and local freshness.

Their motto is “Seasonal. Local. Professionally Made” and they describe their food as “Northwest Eats – Farm to Street.”

“[Our menu] is based on the bounty that the Northwest has; we take our ingredients from local farms and local merchants,” said James.

Their menu changes roughly every month and a half based on what is currently in season and locally available, meaning there’s always something new and exciting to try. Everything they serve is homemade, from the pickles to the fish cakes. Currently, some of the most popular items on the menu are the Seattle cheese steak sandwich made with succulent roast beef and smoked gouda, the pork shoulder lettuce wraps with a blackberry glaze, and the delicate and tangy smoked salmon cakes. In conjuncture with their name, you always have the opportunity to add “The Daily Pickle” to your meal.

Some of their ideas for their upcoming menu include a “chickeny biscuity” sandwich, a German-themed dish and salt cod cakes.

All the trucks are excited to have the opportunity to feed the community from this location, especially Kahn, who jumped on the opportunity when the spot finally opened up. Although each truck has specified times throughout the week, you will always be able to try something delicious, whether it is a new lunch sensation or an early dinner date.

Discover your inner foodie and go check out these yummy and original food trucks. Taking that short stroll over to any of these fine establishments will be worth your while—your taste buds and your soul will surely thank you.