Sally Salmon Swam into Our Hearts, but Did She Leave Room for Rudy Redhawk? 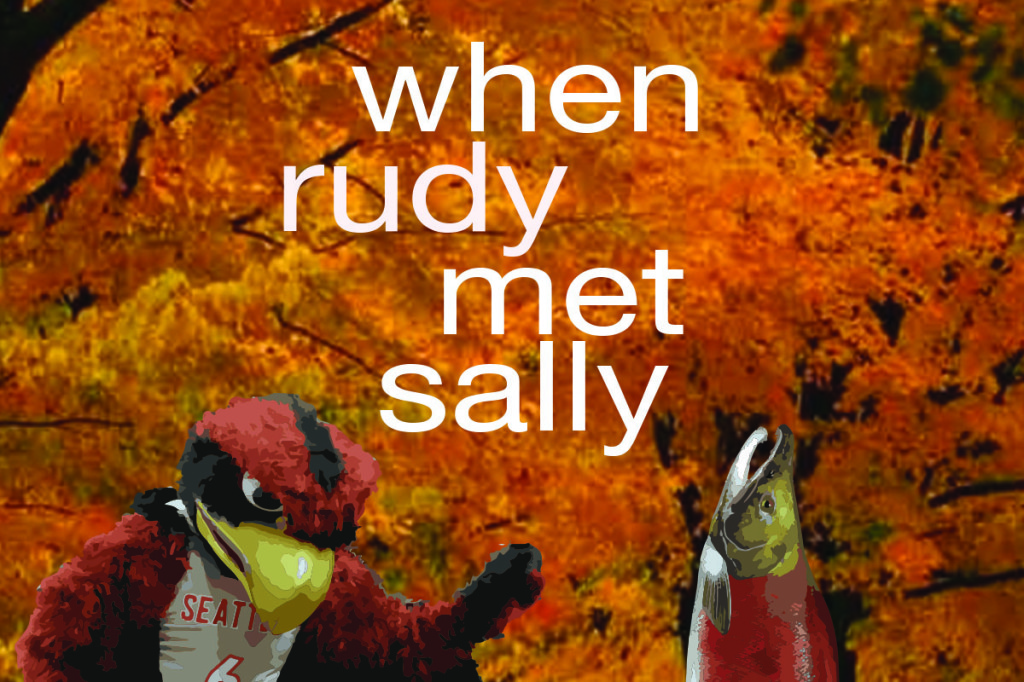 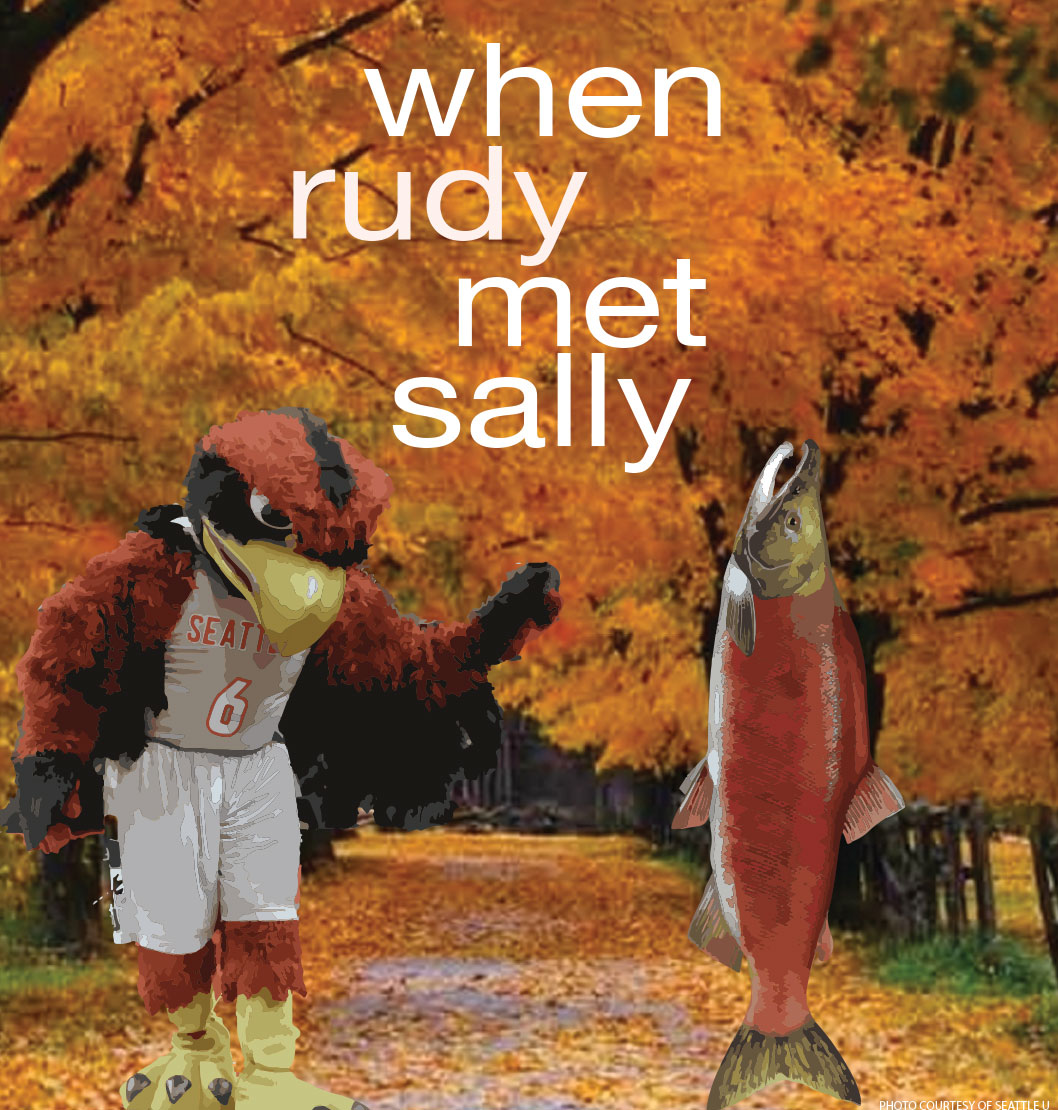 He’s a solitary guy; soaring through life, just winging it.

She loves to go with the flow, but has been known to swim upstream when the situation calls.

Now it appears fate is seemingly thrusting this odd couple together – but can a redhawk and a salmon actually make it work?

A small but passionate movement advocating for the addition of an unofficial salmon mascot to the Seattle U family has gradually gained attention and a following through the group’s Facebook page.

These salmon supporters are fervently devoted to the fish, regularly sharing pictures and facts about the majestic creature.

On campus, however, there appears to be mixed opinions on the salmon idea. Vice President of Redzone Membership and sophomore Javier Carregha is skeptical about a Seattle U Salmon.

“I respect the Northwest and I know what the salmon means to the state, but the Redhawk has been the mascot since I’ve been here. I’ve gotten used to it. I think it’s a great mascot,” Carregha said. “I don’t think very many students will think the salmon is as appealing as the Redhawk. […]I’d be interested to see some of their designs for this and see their ideas.”

President Lauren Maza of Redzone is of a similar opinion and says she strongly prefers the Redhawk.

The University changed to the Redhawk mascot in 2000 after 62 years of Chieftain representation. The Chieftain was originally selected to honor Chief Seattle, but was later deemed offensive to Native American tribal leaders in the area. More than 200 ideas were received for a new mascot and the school settled on the Redhawk.

It’s important to note here that there is no such thing as a “Redhawk.”

“Redhawk” is likely an abbreviation for the Red-tailed Hawk, also known as the “chickenhawk”, one of the most prolific hawk species in the United States and North America. Red-tailed hawks typically consume small mammals like squirrels and rats and are frequently used by falconers. By the way, falconry still has a shockingly large following—and falconers worldwide have formed a surpringly powerful lobbying association. 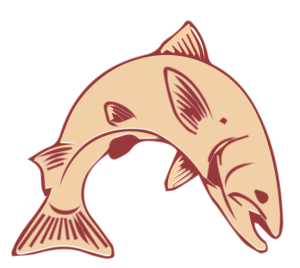 We sat down with the administrators of the Seattle University Salmon Facebook page, who have elected to remain anonymous—instead taking the salmon friendly aliases of Chinook and Chum in a move of solidarity with their aquatic brothers and sisters.

Chinook and Chum report that the movement for an unofficial salmon mascot began about a year ago when friends where sitting in their Murphy apartment and debating the merits of Rudy as a mascot.

“We didn’t feel that the Redhawk was very representative of the student body” said Chum. “It wasn’t getting us charged up or anything so we tried to think of something that would better capture the spirit and flavor of Seattle U.”

The friends were sitting around shooting ideas and eventually the noble salmon came floating up to the surface.

“This whole obsession with salmon is fascinating to me,” said Chinook, commenting on the Pacific Northwest’s extreme pride in their indigineous salmon population. “People are just nuts about salmon, and I think that’s where the idea came from. We were thinking about how ridiculous and special that is in the Northwest.”

The feathers of the red-tailed hawk are considered sacred in many Native American cultures, in line with the treatment given to Bald and Golden Eagles. The salmon, however, is decidely more reflective of the Native American history of the Northwest: how salmon were integral to the lives of the Salish people. 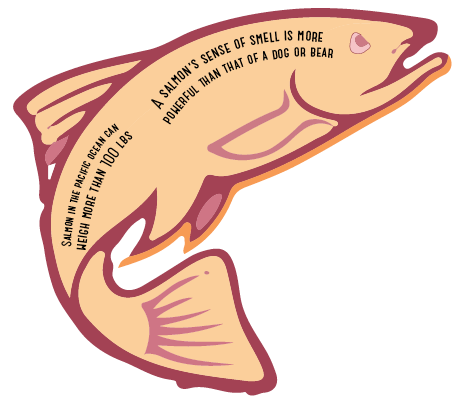 The advocates for the salmon say that they would want their salmon to be a female mascot, they suggest the name Sally. Their argument is that, despite the fact that most college students are female, there is an enormous lack of female mascots in the university community, and that giving Rudy a female friend would be both appropriate and inobstrusive.

Some have high hopes that Sally and Rudy could one day be friends and together represent Seattle U at events.

“The salmon is not supposed to replace the Redhawk,” Chinook said. “It’s just to supplement. The idea is supposed to be like the Banana Slug.”

Chinook explains the University of California Santa Cruz mascot, the Banana Slug, originated as the unofficial mascot. It was beloved by students, thought they already had an official mascot – the Sea Lion.

In addition, it turns out that there are perks to calling yourself a salmon. Chum listed some facts about the fish, such as it’s incredible resilience in transitioning back and forth between salt water and fresh water, its impressive muscle mass to body ratio, and that salmon kill more bald eagles than any other animal after humans.

Chinook also relates the salmon to the school alumni. Like the salmon, he argues, the alumni are leaving their home, return years later and (metaphorically – we hope) sacrificing themselves on the banks of the river to spawn and aid in the creation of the new generation. The salmon leave behind a legacy that lasts – life.

A huge number of nutrients in inland forests are contributed by salmon dying on the riverbanks. Their donation to their home and family is an invaluable gift.

The salmon group has even thought of ways to represent this mascot at events. Similar to the dragon figure used at events such as Chinese festivals, there is a salmon ensemble that you can get people inside and move around. This kind of salmon mascot was seen at Issaquah Salmon Days Festival.

The Seattle University Salmon group is letting this movement fuel itself rather than push for it and create tensions with administration and other students. The group hopes that students will take up this mascot on their own and take ownership of their own spirit. The group encourages students to like the Facebook page and the group is currently looking for someone to design the Seattle U Salmon logo.