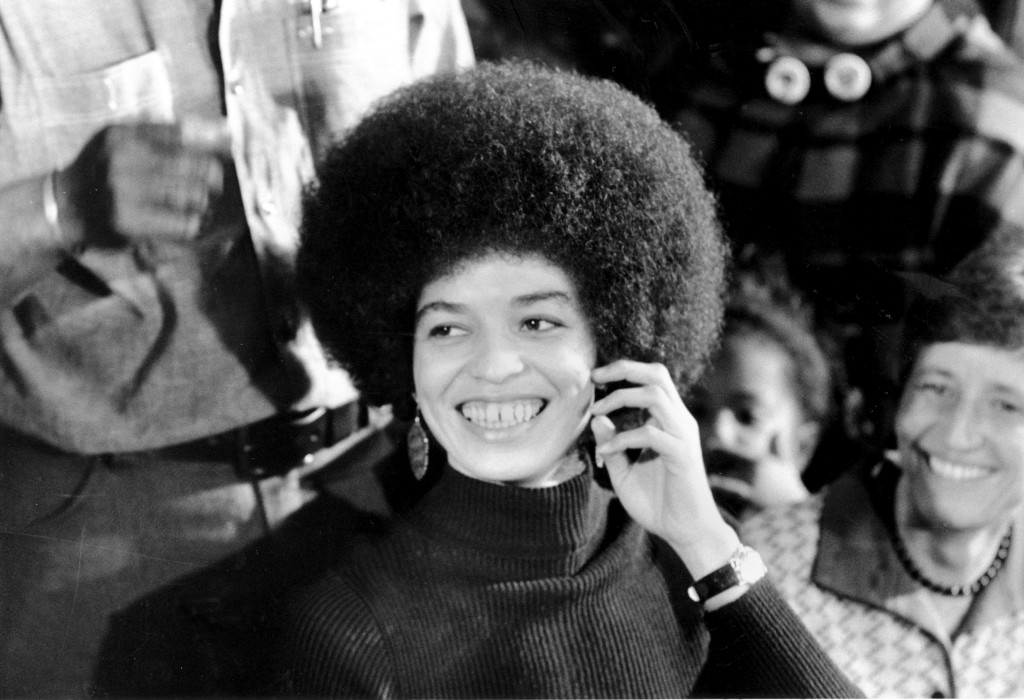 Seattle University has invited political and social activist Angela Davis to speak this month. To John Ritchie, though, such an event is akin to bringing a Nazi to campus.

“Would Seattle University invite Hitler to speak if he were alive?”
said Ritchie.

For Ritchie, there isn’t much of a difference.

Angela Davis is known around the globe for her work in social justice and civil rights. Her activism began with her involvement in the Black Panther Party. In 1969, her social activism led to the loss of her teaching position at UCLA and she was placed on the FBI’s 10 Most Wanted List. 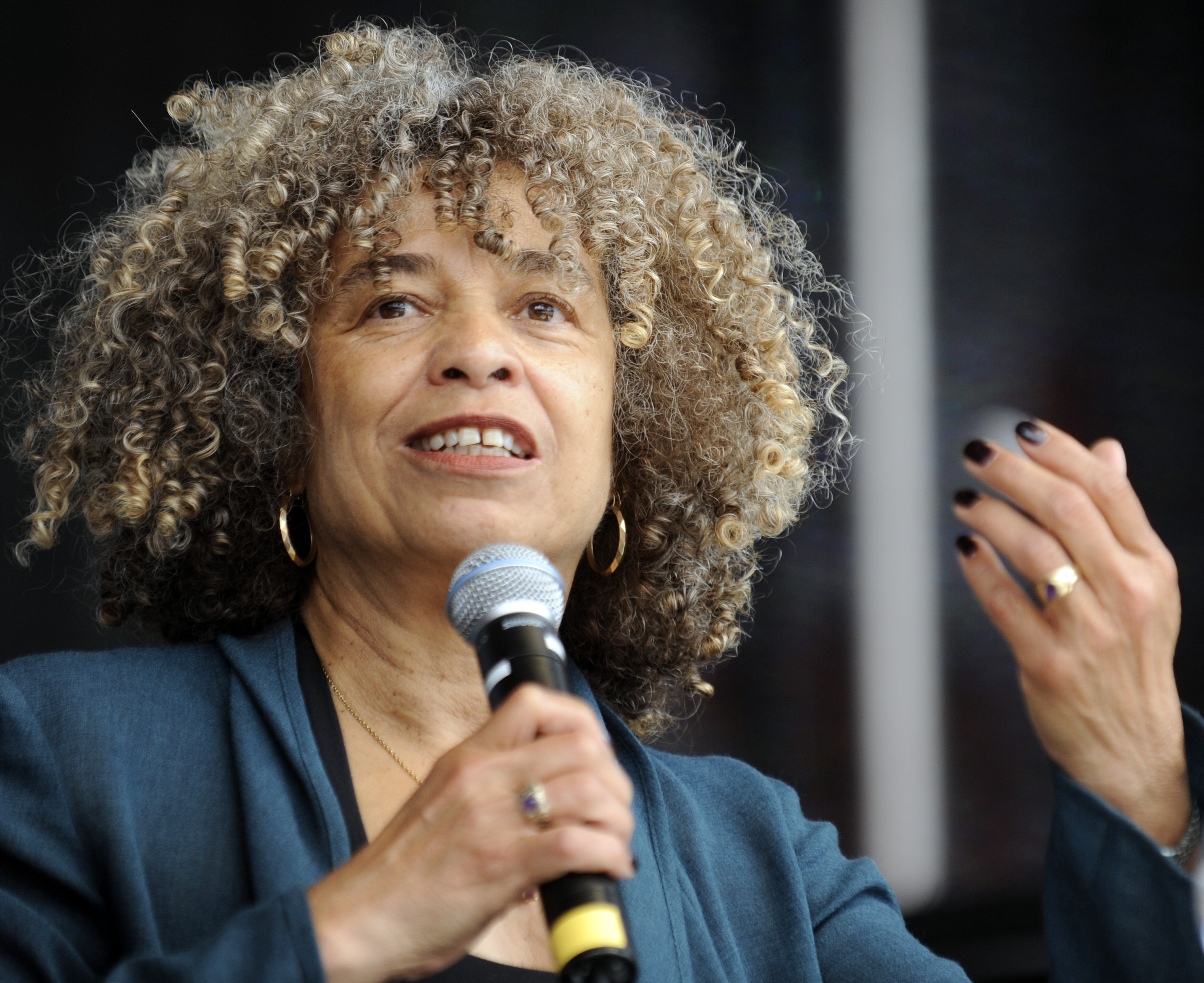 After 16 months in prison while on trial for murder and conspiracy, Davis was acquitted in 1972 following a large international “Free Angela Davis” campaign.
Because of her past and her present ideals and beliefs, Ritchie and the American Society of Defense of Tradition, Family and Property Student Action (TFP Student Action) took a stand in opposition of the event.

TFP Student Action and John Ritchie are not officially affiliated or connected with Seattle U. Based out of Pennsylvania, TFP Student Action is an organization that promotes and defends Catholic values, said Ritchie. For them, Davis coming here is not positive and the organization responded by starting a petition against the event.

The TFP website has an article titled “5 Reasons Why Communist Activist Angela Davis Should NOT Visit (Catholic) Seattle University.” These reasons include Davis’s support of abortion and same-sex marriage, her promotion of atheistic communism, and her anti-Catholic ideology and undermining of Catholic education.

These points, however, are not the the reason she is here said Pamela Taylor, director of the Center for the Study of Justice in Society (CSJS), which is sponsoring the event.

“The issues that they’re complaining about are not the issues that she was invited to talk about,” said Taylor. “Our theme is ‘imagine freedom’ and we use a quote from her that says we have to liberate minds before we can liberate society. If people can’t imagine a society where all people can live peacefully and in harmony together then what kind of society do we really want to be in?”

For Taylor, that, rather than her stance on Catholic tradition, is the basis of Davis’s legacy.

Seattle U students agree, saying that her differing views are even more of a reason that she should speak.

“We are a school,” said student Tricia Mullbry. “It is about bringing new opinions… to help us understand where each other come[s] from.”

Mullbry heard about the petition from a post on Facebook and was immediately upset with the language used about Davis. The phrase “notorious feminist” and the comparison to Stalin were, in Mullbry’s opinion, extreme.

“Everyone’s entitled to their opinion,” Mulbry said. “But what is the right process to disagree with people?”

The petition did evoke a response, though, receiving 6,200 signatures within 72 hours and representing thousands of people urging President Fr. Stephen Sundborg, S.J., to cancel the Oct. 17 event.

So far, though, it has not changed anything. Davis is still scheduled to speak, and the 700 tickets for the event have been sold out for weeks.

“Part of our role as an academic institution is to provide a space for divergent viewpoints to be entertained and considered respectfully,” Taylor said. “That’s part of what we feel is important for a Jesuit education.”

Davis was a professor at University of California Santa Cruz and her staff page describes her political and social activism. After her imprisonment, Davis has been an advocate of prison abolition and has been devoted to working in solidarity with incarcerated women, according to the website.

Davis has spoken in every single state in America, as well as numerous places internationally. She is world renowned, Taylor said, “and the world can’t be wrong.”

But the TFP Student Action isn’t the first to speak out against Angela Davis. While he was governor of California, Ronald Reagan banneed Davis from teaching in the California university school system, according to the UCSC website.

She later taught at UCSC for 17 years.

In a way, she is still teaching.

Student Haley Graff is a Resident Assistant at Seattle U who is helping to create opportunities for dialogue and discussion after the Davis event. For her, this is an opportunity to start a conversation and inspire learning.

“I’m angry [about the petition] because I feel that we are at a university and, while that university may be Catholic, it is still a place of learning, and a place of higher education, and a place where ideas aren’t just supposed to be expressed and shared between people, but also critiqued,” said Graff.

She doesn’t see the event as Davis indoctrinating students, but rather promoting the conversation and analysis around those values. If she doesn’t come speak, Graff said, students can neither share nor critique.

“It’s clear to me that she’s going to be promoting at least a type of cultural communism–class struggle and how we need to implement radical equality and things of that nature,” he said. “I would say…there’s really nothing of value that she brings to any discussion.”
Audrey Hudgins is a Seattle U professor and the faculty director for a learning community in Bellarmine Hall. She hopes that Davis’s ideas and writings will be of value to her students by bringing a new approach and perspective to the topic of
social justice.

The TFP Student Action petition is asking the university to be the opposite of what it should be, Hudgins said.

“Whether Catholic or not, a university is a place of ideas to be considered, explored, discussed and analyzed,” she said.

But Ritchie doesn’t see it that way. As a Catholic university, Seattle U is responsible for maintaining different standards, he said. For TFP Student Action, Davis doesn’t fit those standards.

Despite the petition, Davis is still coming to campus and no students at Seattle U have spoken against the event. It isn’t the first time the university has received backlash for an event. To her, this conversation and dialogue is what makes speakers and events like this powerful and important.

“This isn’t the first speaker the university has hosted that has been of concern to people,” she said. “It’s happened in the past and hopefully it’ll happen in the future.”