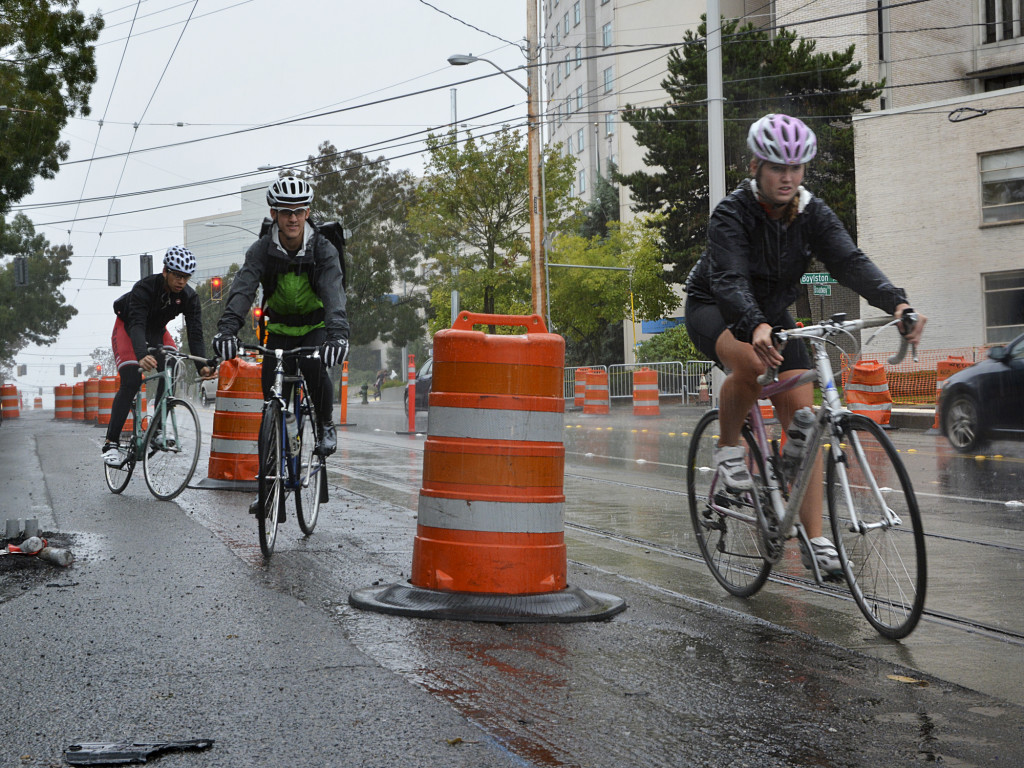 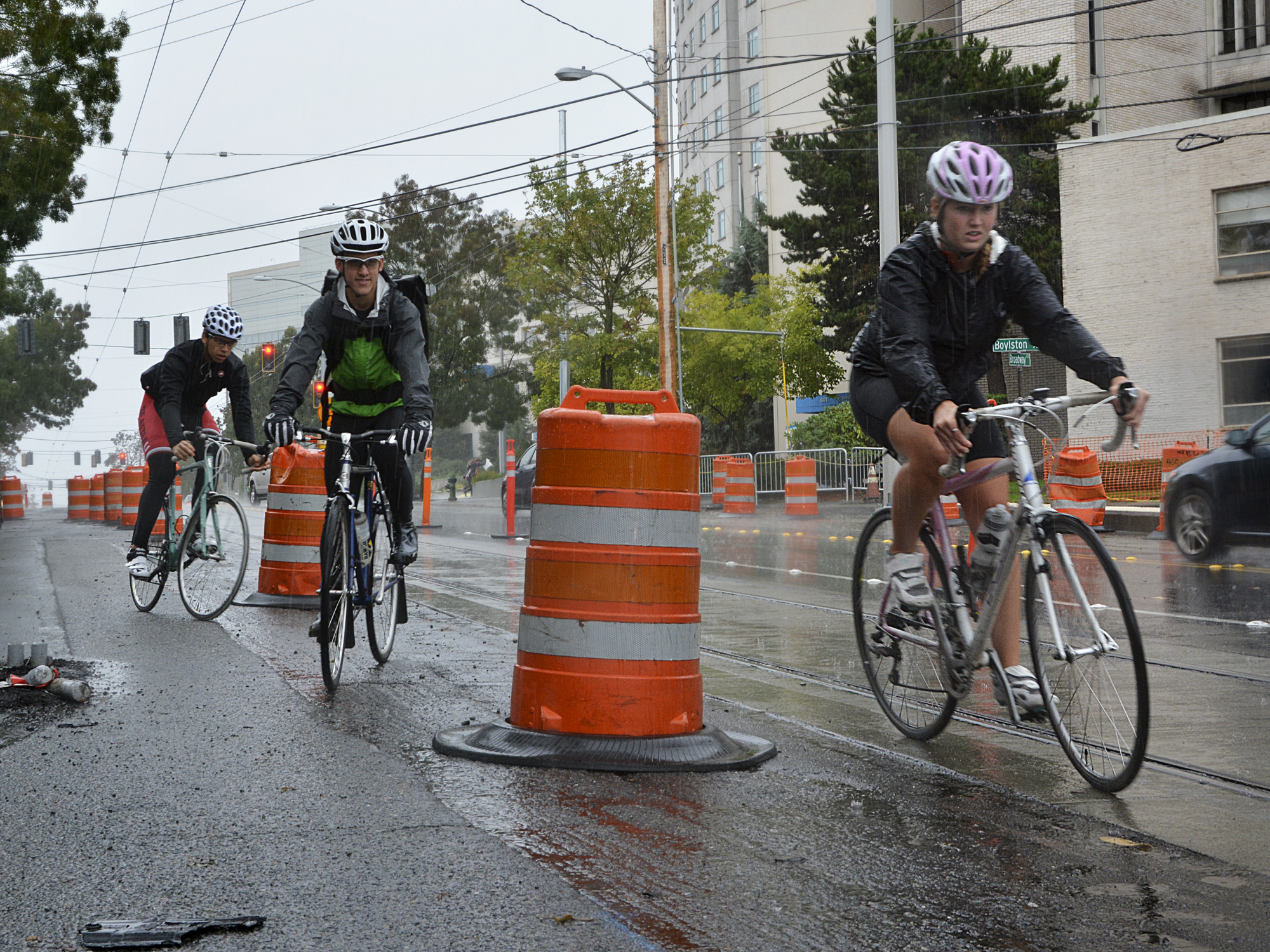 If you’ve had the chance to explore Broadway, then you’ve probably noticed all of the caution tape and bright orange cones.

Local bicyclists sure did, and they did their best to avoid it.

“During the summer I was commuting by bike to work over by UW and I did route my daily commute in such a way to avoid Broadway,” said Seattle University student Tanja Streiff, a member of the Seattle U Cycling Club. “Trying to steer clear of both cars and rails adds more stress to the commute, so I chose to add a few minutes to my commute to avoid the situation all together.”

This construction is for the First Hill Streetcar and it began in April, according to the official Seattle Streetcar update and informational website. The 2.5 mile route of the streetcar will connect several areas throughout Seattle, including Capitol Hill, First Hill, Central Area, Yesler Terrace, the International District, and Pioneer Square. It will also link employment centers, medical centers, learning centers such as Seattle U and Seattle Central Community College, and major sporting event arenas such as Safeco Field.

Construction is expected to be completed by the spring of 2014, but many Seattle commuters have argued that the project is more trouble than it’s worth.

The process to create the streetcar has been an expensive one. To develop the First Hill Streetcar, The City of Seattle partnered with Sound Transit to come up with the necessary $134 million needed for materials, machines, and labor, according to a Seattle Times article in April.

The funding for the streetcar was approved through the 2008 Sound Transit 2 expansion plan.

As the project moves forward to improve public transportation, however, other modes of commute are suffering.

Brian Cunningham is an avid biker and another member of the Seattle U Cycling Club. For him, the construction- and the project itself- is making traveling much harder for bicyclists.

“The construction on Broadway has been really inconvenient- it’s honestly one of the worst things they could have done to that street,” he said. According to Cunningham, the current construction has made any route on Broadway a hassle. But more than that, he said that the streetcar will make it difficult to ride on Broadway safely even when the construction is over.

The project has not ignored cyclists, however.

When the streetcar plans started, Ethan Melone, streetcar project director for the Seattle Department of Transportation (SDOT) included plans for a 10-foot wide two-way bike lane on Broadway. This plan was considered after many experiences with the South Lake Union transit line where several bikers often got stuck in the rails. But for now, bikers are frustrated.

“They’ve turned a popular and safe bike route into a really dangerous environment for cyclists,” he said.

Nick Martinez, another member of the Seattle U cycling club, had a similar perspective, saying that cyclists need shoulder room and Broadway just isn’t safe in that department.

“The changing traffic pattern combined with the rough pavement and unsafe rails make that section of road extremely difficult for cyclists,” Martinez said. “The issues aren’t going away once construction is over, either. The rails are particularly slick and it is difficult to safely cross over them unless you bisect them from a 90 degree angle. When you add a moving vehicle to the mix it creates a road that is extremely inhospitable to cyclists.”

The project website does provide information warning bicyclists of the challenges during construction, but the project has plans to get those all worked out once construction is completed.

The new road surfaces, bike friendly drainage grates, and highlighted bike paths are a few of the steps that the SDOT is taking to ensure biker safety and mobility.