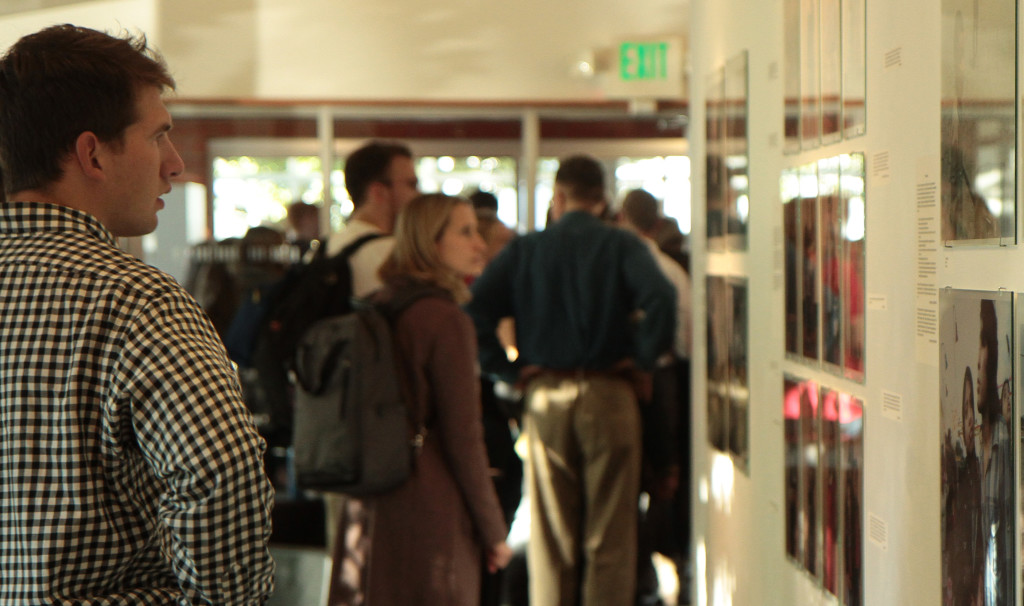 Last Thursday, Seattle University students and faculty crowded into the Kinsey Gallery to hear about, and see, the results of a recent trip to Guatemala. The event, hosted by the Department of Fine Arts, was called “Seguir Adelante!: Women Moving Forward and Inspiring Change in Guatemala.” 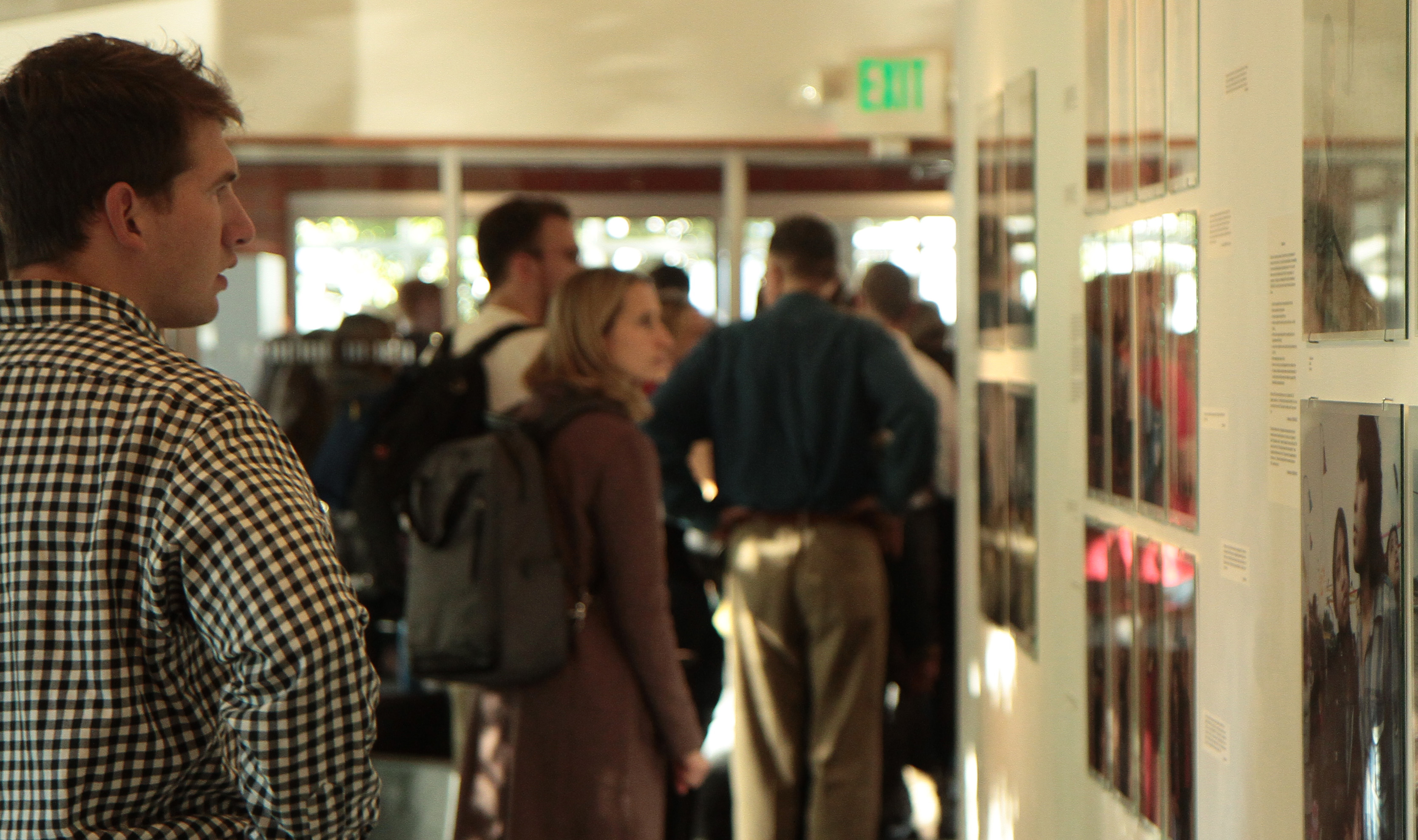 Over the course of the evening, three of the students who participated in the trip delivered short synopses of the continued research they’ve done since returning, and another participant, senior Meme Garcia, read an excerpt from a play she had written from the interviews the group conducted during their time in Guatemala.

The trip, which took place in June, was 10 days long. Ten students and three faculty members, and staff from Seattle International Foundation traveled to Chimaltenango, Guatemala to help compose an impact assessment for Generando, a nonprofit composed of women working to combat violence against women.

Generando was established in 2009 by Danessa Luna to combat the systemic violence against women that is widespread in Guatemala. The nonprofit offers a wide range of services to its beneficiaries, from legal aid to psychological help. Yet, a lack of resources and a government unconcerned with domestic abuse means that obtaining impact assessments, which would help them receive grants and other financial allocations, is a challenge.

The stories the students heard were often painful and dark.

“I think it was a real exposure to the harsh realities of life in other parts of the world. It was a very personal interaction with people who experience violence on a daily basis,” said professor Kristi Lee, who was one of the faculty members who helped conduct the trip. “That changes you. It gives you a different vision of the world and what you’re going to do about it. It’s not just a theoretical problem; it’s an actual problem.”

For Lee, the trip offered a great opportunity for students to be both sobered by the reality of domestic violence in other parts of the world, and inspired by the courageous work of the women at Generando.

“When you see that in the eyes of women sitting right across from you, you can’t help but get involved to end that,” Lee said. “For each of them, that will continue. This experience will affect the way they see this problem for the rest of their lives.”

Student participants were chosen after a series of interviews. They took a class during spring quarter to help them contextualize the situation in Guatemala within a historical, social, political, and economic context. All of the students who went on the trip are fluent in Spanish and the class sessions were taught in both English and Spanish.

For the students involved, hearing the women’s stories was both difficult and empowering.

Kelly Armijo, a recent international studies graduate who went on the trip, had her views of domestic violence and the importance of women leaders reshaped.

“We learned so much in ten days. But honestly, it was a huge personal experience,” Armijo said. “As women from the United States, we maybe don’t think about violence in Guatemala in the same way we did on this trip. It really brought it home how, all over the world, and in the U.S., women’s rights need to be defended.”

Caitlin Terashima, a humanities for teaching and Spanish double major who also went on the trip, had similar things to say.

“It was a balance. Seeing a lot of hopeless things. And you feel hopeless and you wonder: when’s this going to change?” Terashima said. “But then you see the women of Generando doing such inspirational work, and you see the things they’re doing. And in the end it was really inspiring.

Both women are in the process of applying for a Fulbright grant and feel that the trip helped them decide to put an emphasis on women’s leadership in their work.

Professor Claire Garoutte, one of the other professors who went, documented the group’s work with photographs. Along with Sy Bean, a senior at Seattle U, they composed a series of pictures exhibited in the Kinsey Gallery. The photos follow the course of the trip, documenting government officials and beneficiaries of Generando; as well as exploring, through documentary photography, images of masculinity and femininity in Guatemala and the ways that they influence domestic violence.