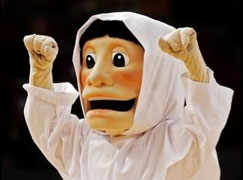 If the Kansas Jayhawks have a home game, it is highly likely that there will be a ridiculous amount of spectators in their audience, proudly boasting their school colors and spirit. They would wildly hoot at holler both the words “Kansas” and “Jayhawks.” And if you attended the Seattle U volleyball game on Thursday, you were made privy to the body types of the men’s swim team, as they marched around revealing 95 percent of their bodies, simultaneously chanting the title “Redhawks!” However, some universities weren’t blessed with quite the majestic mascot with which we boast our own school spirit. Take a look at these five winners, all of whom represent their entire school. 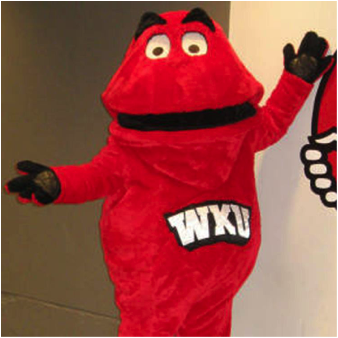 Imagine suiting up in your football gear, with your extra large jersey that still appears too tight over your rippling biceps, readying yourself to go destroy another team’s dignity. You try to get all fired up, only to enter the field to see this gem. Almost reminiscent of the Teletubbies, I would guess that this lil guy probably doesn’t quite do the trick. To be fair, all the university was given to work with was an intangible color. 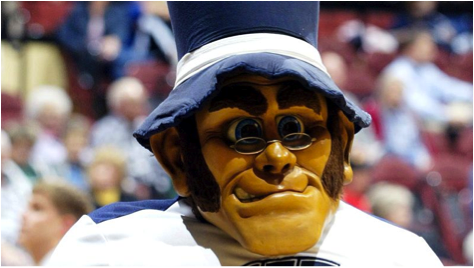 Named after the founder of the university, I’m not certain what the minds behind this guy were thinking about when they designed this face. The creases by his nose might indicate a smile that is excited for the upcoming game, yet the crooked, teeth-exposing smile indicates some constipation. 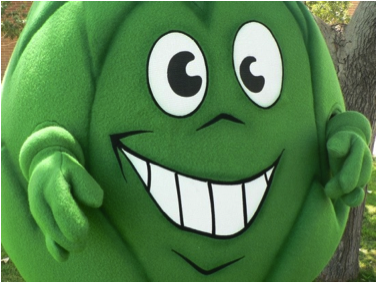 “LEARN. GROW. ACHIEVE,” are the words that rest under this face and greet any onlooker of the SCC Facebook page. Comparatively speaking, a spiky artichoke appears more intimidating than a flaccid spinach leaf. I suppose this is the best choice for a mascot the university had–if vegetables were the only category available. 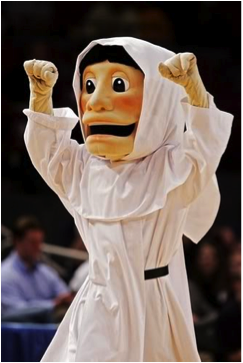 I’m not sure where to start on this one. It might be reprimandable to ridicule the priestly figure, but it is looks like he has either committed some horrendous crime or is rallying a cult with white robes and, frankly, he has a horrifying frozen facial expression. 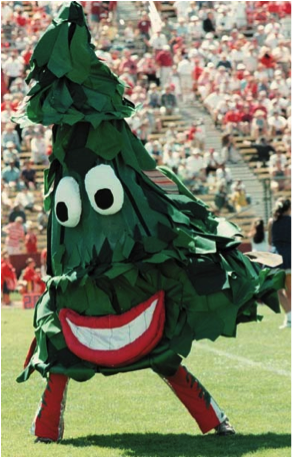 Known for both its stellar scholastic stars and its highly accomplished athletic programs, you would think Stanford would have the most awe-inspiring costumed person to represent their institution. Actually, you would think they would even have a mascot. Maybe they are just too fierce and real, that no living or inanimate object should officially represents their students and athletes. Naturally, the alternative would be to just unofficially designate their mascot to be a tree. What better an object to identify greatness with?