The Grass is Greener on the Other Hills 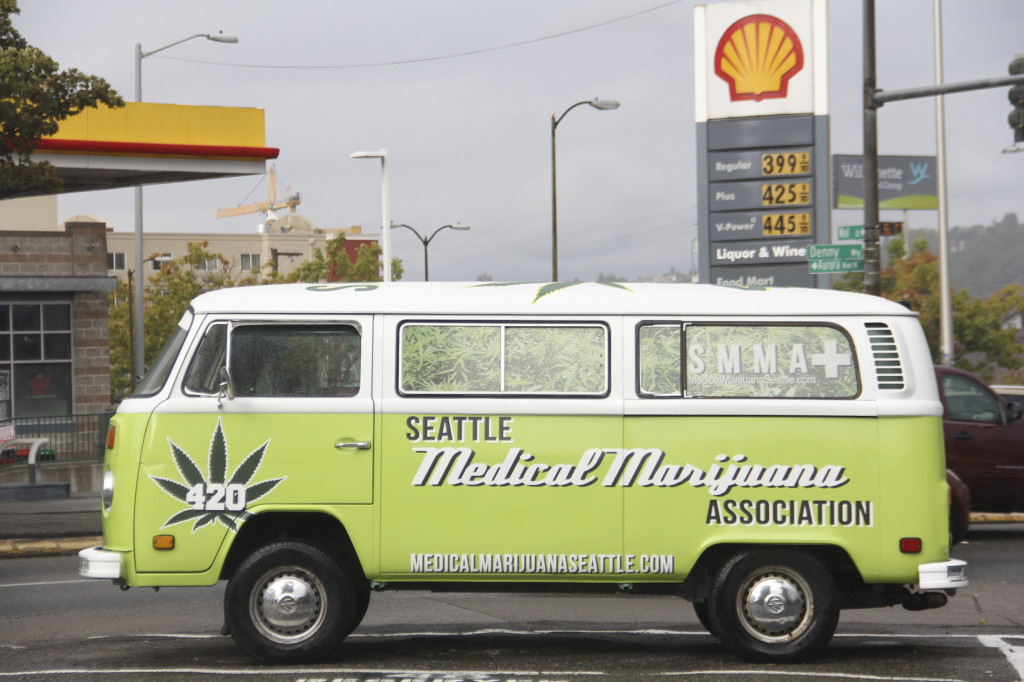 With plenty of sweet spots like Cupcake Royale and High Five Pie, Capitol Hill has always been a popular destination for baked goods.

And with the forthcoming changes promised by the passage of the 502 marijuana initiative, that statement could be more valid than ever in Seattle communities.

Though rules will be different within the state, Seattle University’s policy regarding marijuana will remain the same.

Tim Marron, director of Public Safety at Seattle U, said that changing laws in the state will not affect university policy. Because marijuana remains illegal at a federal level, and many students have federal aid, the campus will remain strict in its prohibition of weed on school property.

Other schools will remain marijuana-free as well, because the law restricts cannabis retail stores from being within 1,000 feet of any educational institution. In fact, due to zoning regulations, there is a chance that Capitol Hill won’t see any retail stores at all.

According to Capitol Hill Seattle Blog, Washington is allowed 334 pot locations and up to 21 of those could be in Seattle.

“The reality is, cannabis is already an industry, but it’s been operating…in the black market,” said Tonia Wichester, director of Privateer Holdings, an organization invested in the legal distribution of medical marijuana. Wichester graduated from Seattle University Law School in 2008 and previously worked as an outreach director with New Approach Washington, a major proponent in the I-502 campaign.

New Approach Washington began involvement in the campaign because, according to their website, “treating marijuana as a crime has failed, and…it is time for a new approach.”

Because of its illegal status, marijuana has always remained under the radar, meaning that private sellers and growers have received all the income. Under the new law, however, licenses will decide where the money is going and the Washington State Liquor Control Board (WSLCB) will decide who has a license. Over the past year, the WSLCB has formed teams to decide the rules and regulations that will surround the new cannabis law.

Brian Smith, communications director for the WSLCB, said the change in law will direct the profit back to the state.

“[Marijuana] will be heavily taxed, that’s part of the new law,” said Smith. According to Wichester, it’ll be a worthy investment.

“[Cannabis] is a $50 billion industry in the U.S. It’s bigger than corn and soy beans combined,” Wichester said.

That number is difficult to calculate or verify because of the illegality of cannabis, but researchers in many departments do agree that there is money to be made.

According to an article in CNBC, the estimates for revenue from marijuana range anywhere from about $10 billion to about $120 billion, based on an economic theory of supply and demand and statistics of consumption across the nation.

That income, however, presents the largest challenge in this whole process, Smith said. Marijuana production and consumption remains illegal at the federal level. While the state has been allowed to move ahead with their laws on a local level, the cannabis industry remains a cash-only business, Smith said, because banks, which are federally-run, won’t be able to accept money from licensed marijuana businesses due to potential prosecution.

In an article earlier this month, The Seattle PI reported that Governor Jay Inslee and Washington Attorney General Bob Ferguson are seeking to change that.

“…Certain aspects of the federal law are making it difficult for entrepreneurs seeking to enter the regulated marijuana market and comply with Initiative 502,” Inslee and Ferguson wrote in a message to the U.S. Senate Judiciary Committee in early September. According to them, business owners were having trouble obtaining bank services because of federal criminal penalties against money from drug sales.

For now, all eyes seem to be on Washington.

“We’re trailblazing,” Smith said. “If you go in and you show that it works people are more likely to accept it. No one has created a market out
of nothing.”

The WSLCB will continue to finalize the law until Dec. 1 and they will begin collecting applications for an I-502 license beginning Nov. 18. Retail stores will begin opening in the new year.

The Seattle Police Department reported on their website that they will not be making marijuana-related arrests as long as the public is complying with the regulations under the I-502 law, all of which are outlined on the WSLCB website at: http://lcb.wa.gov/marijuana/I-502