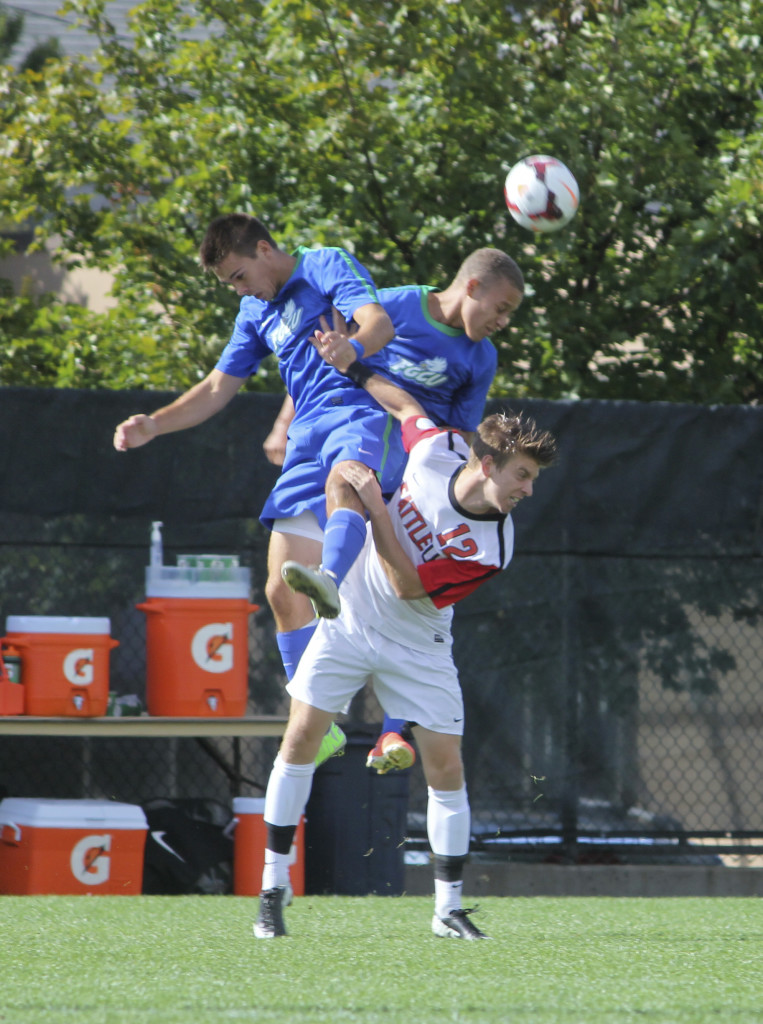 The game began relatively slowly, however, things picked up in the 35th minute of the game, as Florida Gulf Coast made a move to the lead by scoring the first goal of the game.

Sophomore Michael Roberts quickly took action to even the score. The game continued this scoring patternthrough the half as Florida Gulf Coast added a point to their total just minutes later, only to be scored on by Justice Duerksen.

Duerksen is a freshman who made his collegiate debut Sunday, completing the occasion with a goal. In an interview, Seattle U’s head coach Pete Fewing expressed how happy he was for this significant and memorable moment in the young athlete’s career. Duerksen’s goal was assisted by Bobby Segal.

The match stayed stagnant for the remainder of the 90-minute game. The tied score caused Seattle U to enter their fourth overtime game in eight games this season.

By overtime rules, the teams were to go head-to-head in two 10-minute sessions, in which the golden goal would give the scoring team a victory. Having partaken and lost in so many overtime games previously this season, the Redhawks fought hard for it. Fewing claims the key to overtime victories is “remaining defensively sound.”

Neither team gave up a goal as the end of the first session appeared to be coming to a close. However, thanks to skillful displays from Hamza Haddadi and Brady Ballew, the Redhawks were able to secure their first victory.

Other impressive performances came from Miguel Gonzalez and Ian Hines-Ike in their high number of shots taken. Senior Jake Fiener entered the game with the highest number of saves in the nation.

“When you work hard, you want that result,” Fewing said regarding the Redhawks’ first win. “We kept coming back and it’s nice to put one in the win column, especially at home.”

Seattle U hopes to continue to add to the win column in their game against Gonzaga this Saturday, Sept. 28.