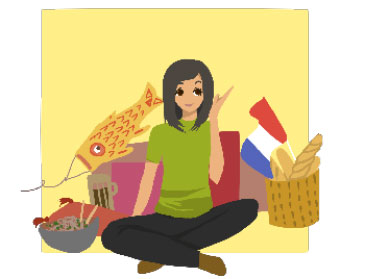 Although the study abroad experience illuminates both new dimensions of the world and of oneself, being so immersed in a new culture has been known to create troubles for those returning home.

When students enter the college community, several opportunities present themselves to those students. A common activity the new college freshman considers is studying abroad.

“[Studying abroad] gives you an opportunity to figure out who you are and how you fit into the world. It makes you question your values,” Rainey said.

Before leaving, students attend an orientation to help prepare them for their travels and the emotional challenges that might accompany that transition, otherwise known as “culture shock.” However, what students may not anticipate prior to their study abroad decision are the feelings they might experience upon returning home: reverse culture shock.

Rainey details that many returning students find themselves bored with the general landscape of the familiar. Rainey experienced this herself, returning to Iowa after time spent in Cork, Ireland on her own study abroad experience.

The second reintegration challenge is returning to one’s old routine, which may seem stale after time in a foreign country. Lastly, Rainey states that it is difficult to find someone at home who is genuinely interested in every detail the student feels inclined to share about their time abroad.

Seattle U sophomore Alex Thomas studied in Galway, Ireland this past summer and experienced this reverse culture shock upon returning home. She had learned about the concept in her orientation prior to her trip, but it was still difficult to come home.

“The advisers explained reverse culture shock as having trouble adjusting to life back home,” Thomas said. She continued to explain the condition as being unable to properly talk about one’s experience abroad.

Simultaneously returning to a home that has not changed at all, and encountering people who can’t quite comprehend the changes you have gone through can be very unsettling.

Although Thomas did not quite experience culture shock when she arrived in Ireland, as the only noticeable differences were the public toilet charges and the general laid-back attitude of the people, she found her experience returning home to be as difficult as the Seattle U
advisers described.

“I’m really thankful they gave me the heads-up on that aspect of cultural adjustment, as I found everything they explained to be totally accurate when I returned home,” Thomas said. “It was hard to explain to people what it was like living in Ireland, and I realized I could only explain my real excitement about it when I was talking to someone who had been to Ireland before.”

However, not all students experience this condition in quite the same way.

“It took me a long time to stop bowing,” she said. “Whenever you say hello, you bow to show respect. It was probably two weeks back home before I didn’t have to stop and catch myself.”

Despite missing her host family, the only other cultural adjustment for Fick was her difficulty falling asleep on a mattress, as she spent her time in Japan sleeping with mats on the hard floors.

Senior Justin Haase similarly coped with cultural differences upon returning home. Haase lived in Mexico with a host family from January until June of 2013.

“Family is the most important part of life,” he said. “Everyone was really nice and even though they didn’t know you, they really cared about you. When I came back to the U.S., I realized how much we care about work ethic, how successful we are, and the things we do, where in Mexico, family mattered most.”

Seattle U provides a reentry dinner each quarter to welcome back students who have spent time abroad and to provide an opportunity to debrief from some of these emotional and cultural changes.

Though culture shock can be challenging, Rainey offers a more positive way to look at those feelings.

“Sometimes people view it as a negative, but it is just another important part of a life-changing journey where students get a chance to learn more about themselves,” she said.

Ultimately, studying abroad provides students with a chance to explore the world, themselves, and the people around them. Such an experience, therefore, has a chance to produce positive results.