Bushes trimmed in the shape of zoo animals peek over the walls of Saddam Hussein’s elaborate and abandoned garden. The silhouettes of God’s creatures—the giraffe, the elephant and so forth—loom overhead as a tiger questions their maker’s divine plan—what kind of God creates a predator and then punishes him for preying? 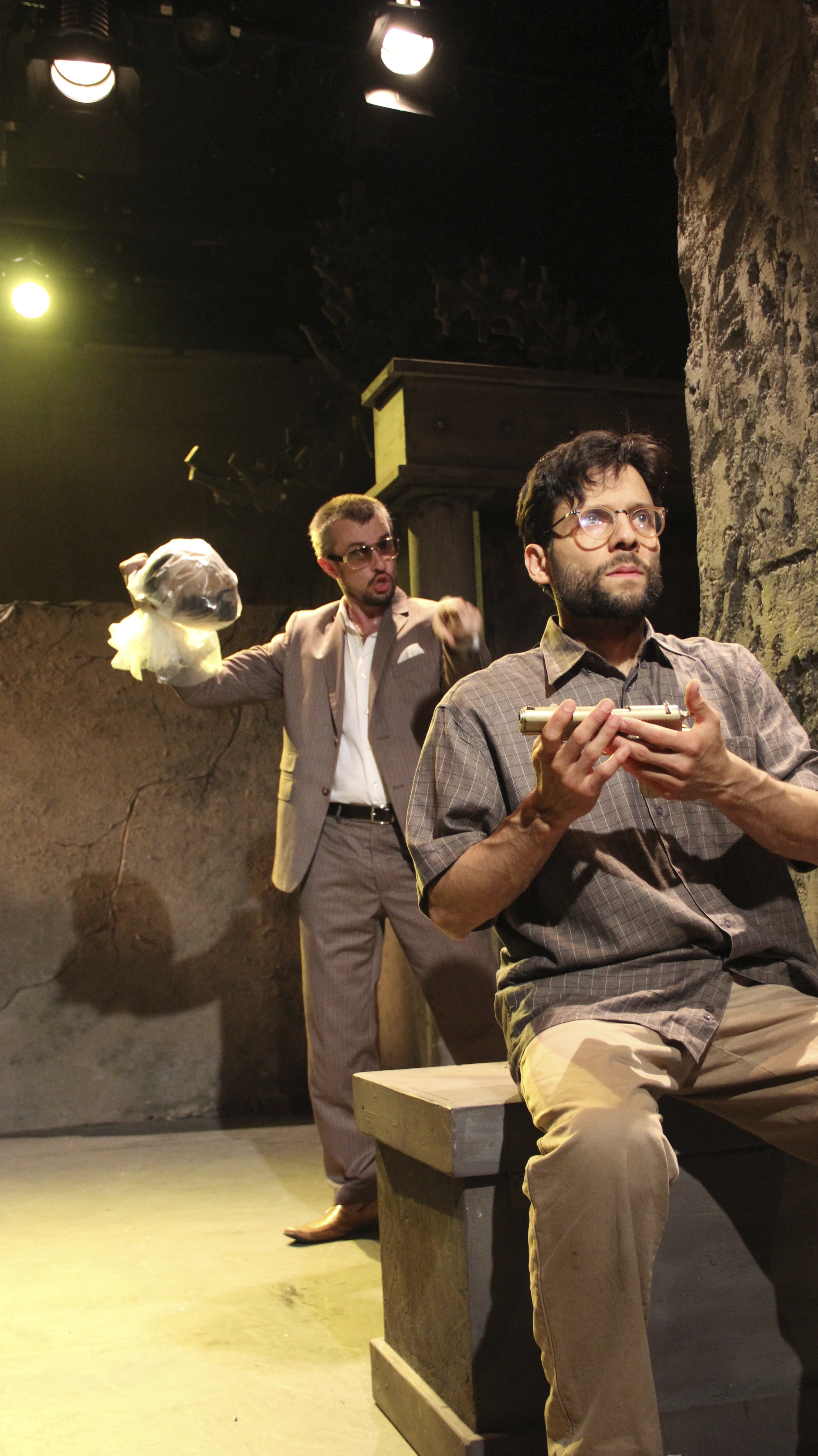 Washington Ensemble Theatre’s (WET) current production “Bengal Tiger at the Baghdad Zoo” explores teleology, deism and the meaning of life through the unlikely eyes of a tiger in captivity.

Trapped in the Baghdad zoo, the tiger—an atheist—spends his long, uneventful days contemplating the meaning of life until he is shot and killed by Kev, a young American marine stationed in the city during the Iraq war. To both the tiger and Kev’s surprise, the deceased predator lives on as a conscious spirit trapped in an unseen Baghdad of the afterlife. Haunted by the tiger’s ghost, Kev begins to lose his mind as the lines between life and death intertwine. As cultures clash and the dead comingle with the living, greed takes hold, unspeakable violence prevails and the entire cast of characters discovers that uncertainty in God persists even after death.

Thematically, “Bengal Tiger” is a tough pill to swallow. American playwright Rajiv Joseph’s script tries to tackle some of humankind’s most unanswerable questions and does so with little grace or fluidity. Concerned with existentialism, the watchmaker theory, teleology, deism and life after death, “Bengal Tiger” dips its toes into too many hefty belief systems at once—it explores few with true depth. Needless to say, the girth of “Bengal Tiger’s” subject matter could give even Socrates a headache.

The production design and direction of “Bengal Tiger” were well conceived and dynamic despite the theatre group’s tiny stage. The set is ever-changing—at times grey and confined, at others, lit by Baghdad’s skyline at sunset. As the play progresses, layers and layers of the set are peeled back to reveal the full depth of the stage by the end of the show.

Although the set design was undoubtedly effective in furthering the plot and its high-fangled themes, the bushes trimmed into the shapes of animals were strangely interpreted and looked more like distorted towers of scrap metal than foliage of any kind—they were an unclear and distracting manifestation of the play’s most significant symbols.

Ryan Higgins stole the show as Kev. At first glance the very embodiment of everything shitty about American culture, Kev unravels and eventually sheds his worst qualities in death. Higgins’ physicality visibly and expertly shifts as Kev undergoes his internal transformation. At first jittery and manic, his body grows languid and calm after the climax of his mental breakdown.
Both Mike Dooly and Erwin Galan deliver striking performances as well. Dooly, in a loose linen shirt and jeans, somehow manages to subtly communicate the smooth movements of a tiger. His blocking, rife with pacing and perching atop the walls of Baghdad, mimicked the paths of tigers stalking prey, lounging and circling their cages. Erwin Galan, who played Musa—the Hussein family’s former gardener and later interpreter for the U.S. military—was endearing and genuine in his portrayal of a man caught between two evils at war.

Overwhelming breadth of topic aside, “Bengal Tiger” was a bold choice for WET, given its controversial and ultra-relevant content. The production reminds us of the triviality of war by offering the animal’s point of view. The tiger cares not who wins the war. He doesn’t care if there is a dictator in power or a democracy in place. Culture, politics and conflict are meaningless to him. All he cares about are his own mortality and what will become of him after death.

I’d never have guessed that a tiger could put so much into perspective.