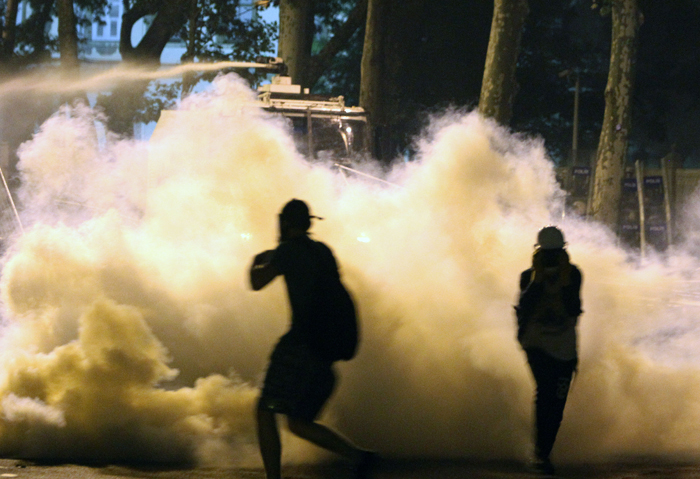 It all started at the park.

When some citizens of Istanbul heard about the government’s plan to develop Gezi Park, near major tourism district Taksim Square, they expressed their opposition to new construction with a sit-in. It’s the kind of peaceful protest that could have happened anywhere—even our own Capitol Hill.

That’s why Istanbul drew the world’s shocked attention on Friday when riot police used tear gas to try to deter hundreds of protestors.

Al Jazeera reports that two have been killed and more than 1,000 are now injured in the wake of heightened violence, both in Istanbul and across the country, although the numbers are currently unconfirmed.

In part, demonstrators oppose the police’s excessive use of violence. However, the protests also come out of deeper tensions within Turkey, such as “the deep ideological polarization between secular, liberal-minded Turks, and the more religious Turks,” reported CNN on Tuesday.

Many protestors have called for the resignation of Prime Minister Recep Tayyip Erdogan, whose regime has been criticized for being too authoritarian, though he remains popular among most Turks.

However, some have not yet reached that level of skepticism.

“All democracies have issues that they need to work through,” said White House Press Secretary Jay Carney on Monday. “We would expect the government to work through this in a way that respects the rights of their citizens.”

Deputy Prime Minister Bulent Arinc apologized for the police’s use of violence on Tuesday, calling the protests “just and legitimate.” However, he also expressed a hope that the demonstrations would end, and said that they had been marred by “terrorist elements.”

Social media have played a prominent role in the protests.

“[Protestors] have used Twitter to share information about how to survive the protests; Facebook sites provide news updates on the situation in occupied Gezi Park; while photographs of the protests have been shared on Flickr and Tumblr and video on sites such as YouTube,” reported BBC News Europe on Tuesday.

CNN called for anyone currently in Turkey to send in their stories and photos. Eyewitness reports from protestors and travelers have since poured in.

Though they may have started in the park, protests have spread all across Turkey and grown more than anyone could have expected. Though the country’s fate remains uncertain, one thing is for sure: the world is keeping its eyes focused on Turkey as it all unfolds.