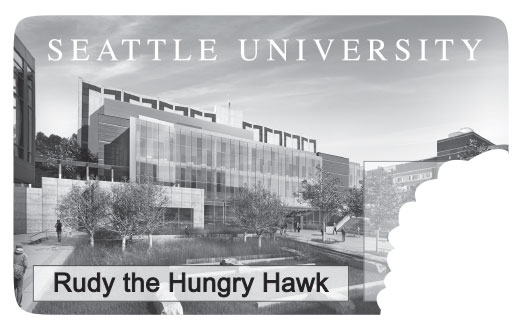 Have you had any issues with your campus card this school year?
Well, the answer to why is pretty simple.

This past summer, Seattle University transitioned into a new campus card system for the current school year. The new system caused a few changes to occur with student accounts and how that money can be managed.

One implementation, eAccounts, now allows students to check their balances online in place of using the now-defunct machines around campus.

As with every new implication, there are bound to be issues, but it appeared that there were a great number of students who had complications with their cards in both fall quarter and winter quarter, especially when trying to attain their meal plan money. These problems seem have been occurring particularly with off-campus students.

Krystal McDaniels, a transfer student who has always lived off campus, said that she has always had issues with using the money on her campus card. She explained that, instead of using the newly formatted eAccounts to place money onto her account, she has had to go to the Financial Services office multiple times to do so.

“Now, I mostly just use my debit card on campus because it is easier than trying to get money loaded onto my campus card,” she said.

Chief Information Officer and Associate Vice President for Information Technology Chuck Porter explains that there were a great number of problems brought to his office’s attention in the beginning of the school year, especially with students living off-campus.

“We did not get the information from [Housing and Residence Life] about [those students’] meal plan balances, so we did not load them onto the system,” he said.

As Porter explained, the campus card serves many student needs, including access to campus buildings and the use of meal plan money. Before the new system was implemented in September 2012, Information Technology performed training with every department that was set to use the system. Once problems arose, the office performed retraining as they found necessary, and was able to work out most of the problems they originally found.

While the issues of many students occurred in the beginning of the year, Porter’s office has worked out a better process with Housing and Residence Life to ensure that the amounts for each student are available to them at the beginning of each quarter.

“In this case, the meal plan balances for off-campus students was a problem we didn’t anticipate, but there are always bound to be problems with every new system,” Porter said.

Associate Director of Housing Services and Operations Tim Albert, who had many problems brought to his office, gives kudos to Bon Appetit for seeing the problem in the beginning of the school year, and working to ensure that those students were still able to buy food.

“For the first few days when the problem wasn’t resolved, Bon Appetit physically wrote down the information for those students, and then loaded that information into the system,” Albert said.

As Albert reiterates Porter’s view, anytime a new system is implemented, there are always a great deal of complications because it works differently from the old.

“It may be considered an upgrade based on the fact that the old system was on its last legs, but this system is entirely new, and there are bound to be problems,” he said.

Another problem that may have caused the various students to have issues is the use of a system that was basically one individual’s job, according to Albert.

Porter agreed with those words, and made sure to state that, as with every system, there needs to be a back up and work around procedure for when issues arise.

According to Porter, there will be further implementations to the campus card for the upcoming school year, including updates to eAccounts and additional functions to the ways in which campus cards will be used.

As of now, the majority of the kinks in the system have been worked out, and problems have not come up to Albert or Porter as much as before.

“Complaints we’ve seen come to our office have really started to stop and the process has been a lot smoother,” Albert said. “I’m sure that now that we’ve had a year to shake out the system, it will hopefully be a much smoother process from now on.”