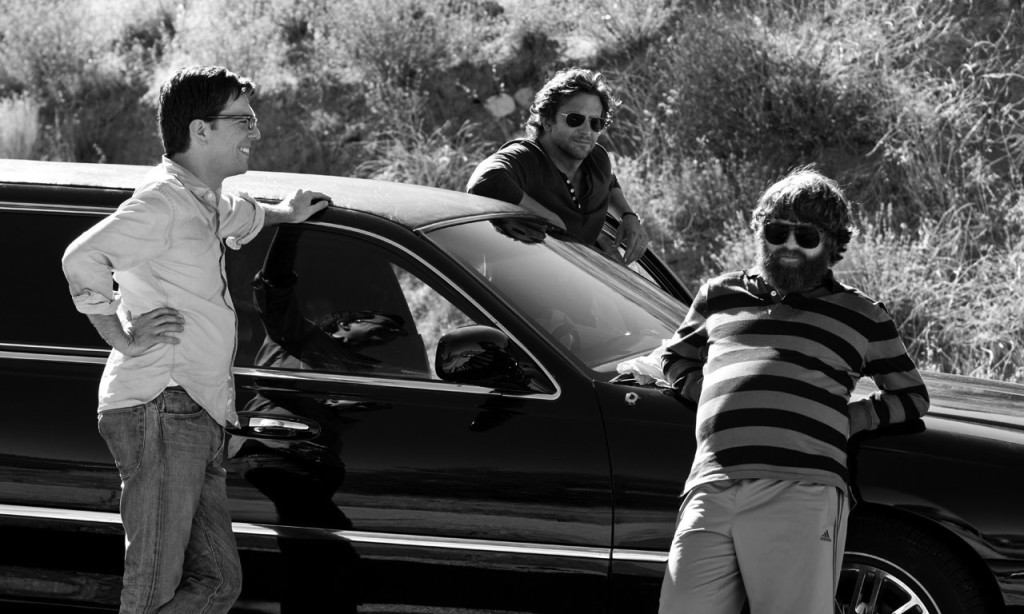 “What happened last night?”
In all honesty, the same question can be asked of the third part of The Hangover trilogy.

Released four years after the original, the now infamous Wolfpack comes together once more in this final installment, but this time it’s not for a wedding or a bachelor party.

Alan (Zach Galifianakis) has been off his medication for six months and has been getting himself into some insane shenanigans (i.e., he bought a giraffe). This has lead to a great deal of stress for his family—so much stress, in fact, that his father Sid (Jeffrey Tambor) passes away of a heart attack.

With the help of Alan’s mother and sister, the Wolfpack hosts an intervention for Alan, and they collectively decide that it would be best to take Alan to a rehab facility in Arizona.

Then the crap truly hits the fan.

While driving toward the facility, the guys come face-to-face with Marshall, an angry drug dealer played by John Goodman. Do you remember hearing any mention of Marshall in the previous films? Neither did I, but apparently, Marshall is Black Doug’s boss from the first film and was mentioned once. I’m sure that, like me, the majority of the audience didn’t recollect this passing mention, but luckily the filmmakers helpfully included in a flashback sequence to remind us.

Leslie Chow (Ken Jeong) has robbed the hotheaded drug dealer of $22 million, and Marshall gives the Wolfpack three days to find Chow and return him—if they fail, Doug will be killed.

Like the two preceding films, it was difficult to keep a straight face throughout the majority of the film, but, when the film finished, my friends and I still didn’t know entirely how to feel about it. The film focuses on Alan and Chow, but these characters are probably the most irritating members of the cast—more so now than in either of the other two films. Alan is even more enamored with Phil (Bradley Cooper) and irritated with Ed Helms’ Stu without so much as a simple explanation as to why. Plus, Chow is much crazier than we left him, which is impressive, seeing as how he was pretty mental to begin with.

While watching these two goons throughout the film, their actions and overall personalities slowly killed my soul. Honestly. Galifianakis and Jeong are two of the funniest and most talented comedians of this age, but the representation of their characters in the film made me question my loyalty to their craft. It was difficult to laugh when the actions of these two characters were, for the most part, incredibly aggravating; they seemed to be delving more into their characters (which actors should aspire to do), but in a way that we as an audience don’t want to see.

I completely understand that director Todd Phillips has wanted to continue the success of this franchise since the initial film came out in 2009. But did he really have to make this film? I don’t think he did.

Although you will definitely be laughing throughout the 100-minute endeavor, make sure to prepare yourself for some head-scratching moments when you leave the theater.

Or, better yet, if you’re only a bit interested in seeing the film, wait until it comes out on DVD and save yourself the money.