Century Ballroom Swings Back From Tax 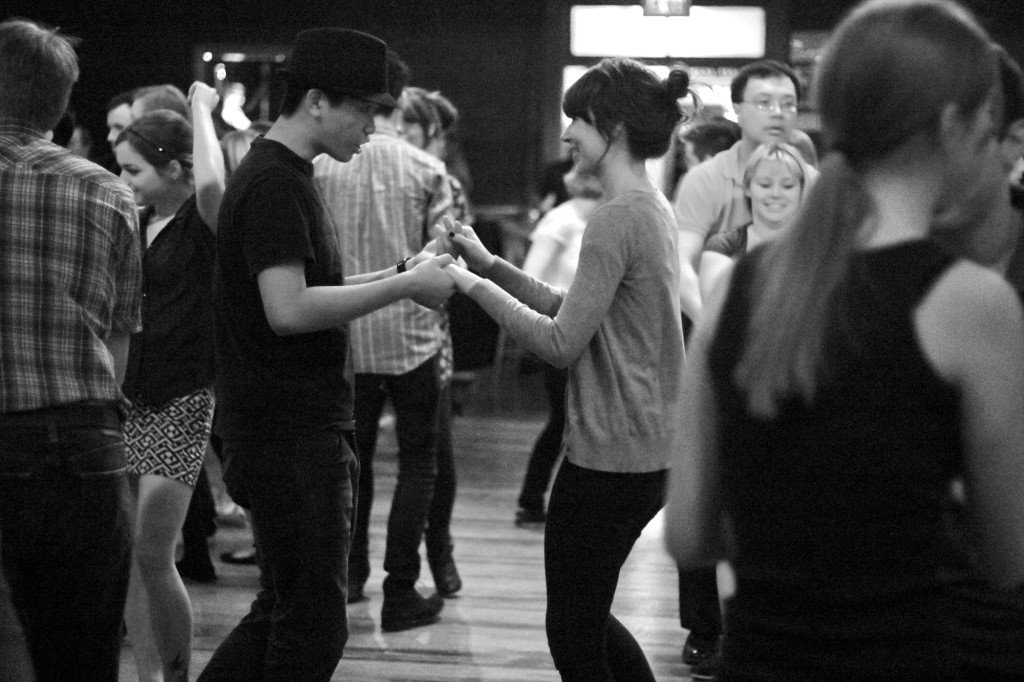 Community members dance at Century Ballroom. The ballroom recently raised enough money to pay off their debt from the dance tax.

Century Ballroom has a lot to celebrate, and of course they’re celebrating the way they know best: by throwing a party with plenty of dancing.

Last weekend, Century Ballroom hosted three nights of salsa, swing and tango to celebrate the $92,000 they raised in order to pay off the penalties of Washington’s “opportunity to dance” tax. Century raised the sum in just 92 days through the generosity of regular patrons and veteran dancers who remember the importance of having a place for people of all ages to dance, celebrate and have a good time.

In the midst of the rejoicing, Century Ballroom owner Hallie Kuperman wants people to realize that the battle is not over. Although Century was able to raise enough money to pay off their dues, there are many other Seattle venues that continue to struggle to pay the fees, and the dance tax has yet to be repealed.
The “opportunity to dance” tax is not a new law, rather a new interpretation of an old law that was written in order to tax exercise studios that offer aerobic dancing such as jazzercise. Because the law includes wording that includes “charges made for offering the opportunity to dance,” lawmakers recently reinterpreted the law to enforce a 9.5 percent cover charge on any club, bar or venue that includes a dance floor and thus offers the “opportunity to dance.”

The reason why Century and many other venues have been hit so hard by this tax is because it came without warning. Kuperman said that Century’s bookkeeper contacted the DOR years ago to make sure that the local venue was paying proper fees. Regardless, the DOR later claimed that Century and many other beloved clubs and dance venues owed thousands of dollars in taxes.

Now that Century Ballroom has accomplished its payoff, the staff is focused on a new goal: abolishing the dance tax for good. Century has tried its best to keep prices steady despite the effects of the tax, but Kuperman admitted that if the tax is not repealed soon, customers will see prices go up.

For college students who frequent Century Ballroom for salsa, swing and other dances, increased prices can make a huge difference in whether students can afford to attend on a weekly basis.

“I do think if prices went up, people wouldn’t go as often,” said Nicole Gaddie, a student at Seattle U and a patron of Century Ballroom. “Because we’re college students and anything over $15 is kind of steep for us.”

In order for the tax to be repealed, the state would need to pass Bill 5613, which would revise the law. According to Kuperman, Congress should have the decision made by the end of July.
In order to encourage the passage of Bill 5613, Kuperman encourages dancers and Seattle residents to make as much noise as possible.

“There are a handful of people to contact in the House,” Kuperman said. Century’s website specifies the names of a few representatives, including Reuven Carlyle, who can be contacted about the dance tax. “My feeling is that there are a lot of bills out there right now that have to do with the budget and taking money out of the budget. Those who make the biggest fuss are payed the most attention to.”

Century is already making its voice heard in the capitol. On April 1, dozens of protestors gathered on the capital steps in Olympia and danced in order to raise awareness about the dance tax.

In response to the protest, DOR spokesman Mike Gowrylow claimed that the tax only affects a few small businesses that failed to properly pay their taxes.

“Most of their competitors were properly collecting sales taxes when due, and if businesses weren’t sure whether or not they should collect the tax in a given situation, all they had to do was ask,” Gowrylow said.

But according to Kuperman, Century did ask, and wasn’t given the answer that Gowrylow claims. Regardless, the number of venues affected makes it clear that this is an issue that impacts not only dancers but anyone who appreciates music and the arts. If the tax is not repealed, local artists will suffer from increased cover charges.

Kuperman encourages everyone to write to Washington state representatives in order to show support for Bill 5613. She noted that Century keeps updates on the bill’s progress on Century’s website, as well as information on contacting representatives.
“It’s time to speak as loud as we can, as often as we can,” Kuperman said. “That’s how we raised $92,000; by being relentless about saying ‘help me, please,’ and I think that’s how we’ll get this changed.”

Alaina may be reached at
[email protected]