A ‘Real Change’ in Price for Street Paper 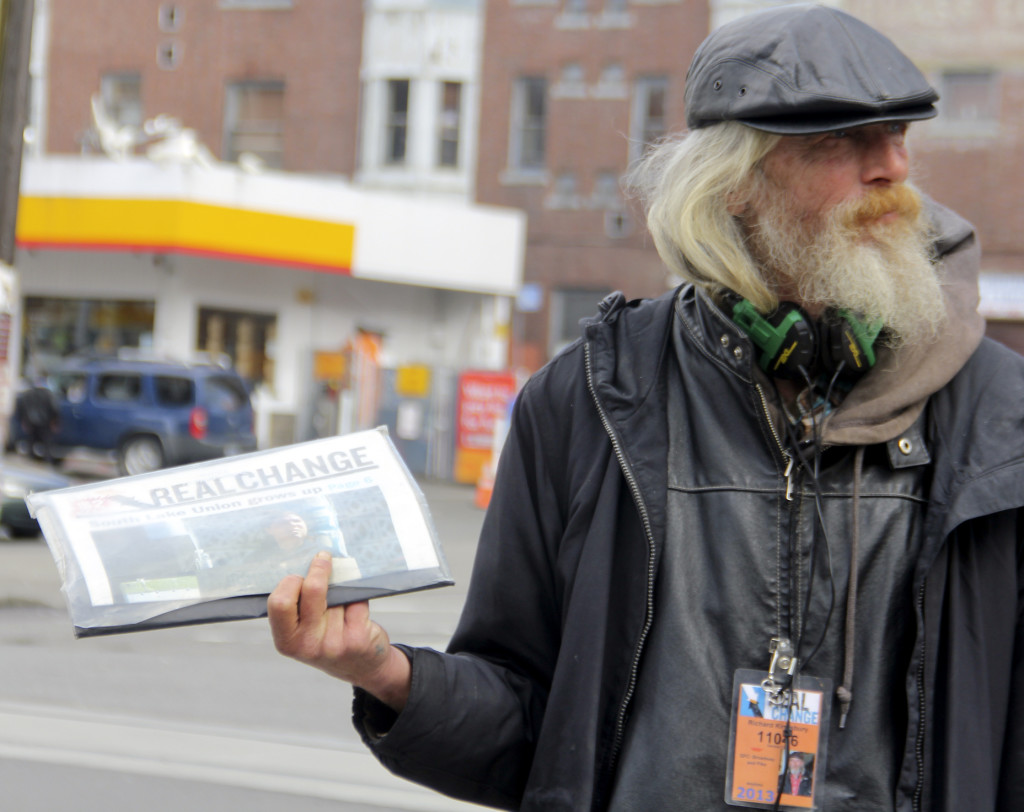 Real Change just had a real big price change. As the social justice magazine increases the price of their issue, there is speculation that customers will be reluctant to pay the extra buck.

Real Change is a newspaper that provides a voice for low-income and homeless people and addresses economic justice. This paper is sold by homeless and low-income people to provide them with employment. Part of their mission states “Real Change is a hand-up—not a hand-out—and extends dignity and self-determination into the lives of those who often have few other legitimate income-earning opportunities.”

Starting April 3, the paper which previously cost $1 has now gone up in price to $2. This price increase has provided the vendors with a better earning. Rather than receiving $0.65 per paper sale, the profit is $1.40.

Although this is a good change for the vendors, there is concern that some patrons will not pay the extra dollar for the paper. A 100 percent price increase is not going to go unnoticed by those who occasionally purchase the paper.

“I don’t think I’ll pay two dollars for the paper,” said Morgan Deary, a Seattle University junior. “One dollar was convenient because sometimes I would just happen to have a dollar in my wallet. Two dollars seems like too much for something I was just buying to be supportive.”

In the press release for the price increase, Real Change Founding Director Timothy Harris explains that readers love the paper and want to see vendors succeed.

“When you need to sell three papers to get enough money for a cup of coffee, it’s definitely time for a raise,” said Harris.

This puts into perspective exactly how much for each paper the vendors were earning. If the program functions as an assistance to the homeless, it needs to offer sufficient financial support.

Richard Kingsbury, the Real Change vendor outside of the QFC on Broadway, was initially opposed to the price increase for the paper. At first he was unsure if it was a good idea, but he told people well in advance that the paper price was going up and they seemed to accept it. Local patrons have continued to purchase the paper at $2 and sales do not appear to have dropped.

Kingsbury affirmed that the recent price increase has not made sales more difficult.
“It’s been accepted well by most people. It hasn’t been a problem at all so far,” said Kingsbury.

A sense of loyalty to Real Change could be behind the smooth transition, with regular buyers changing their routines and canceling out the occasionally deferred would-be buyer.

“It had been a dollar for 18 years and I know the cost of having them print has probably gone up a lot during that time,” Kingsbury said.

A Real Change press release stated that Real Change is the sixth North American street paper to raise its price to $2. Rather than vendors paying $0.35 for their paper and keeping the proceeds, the paper now costs vendors $0.60 per copy sold at $2. This additional income will help Real Change finance its expansion into the Kitsap and east King County.