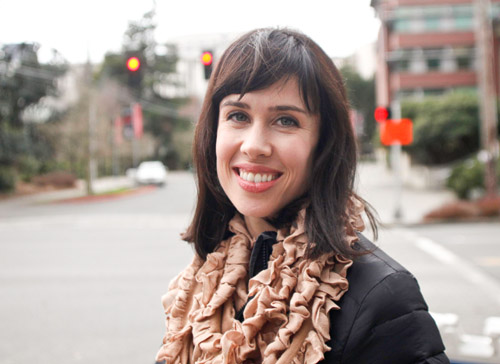 Adjunct professor Stephanie Guerra has two classrooms: one within the halls of Seattle University’s College of Education and the other in King County Jail.

At Seattle U, Guerra provides an education on children’s literature and writing to the eager scholars who are either pre-service or in-service k-12 teachers. To the women at the King County Jail and the girls at the King County Juvenile Detention Center, she teaches creative writing.

“My goal is to give these women a creative outlet,” said Guerra of the program at King County Jail. “And to help them work through some of their thoughts and emotions about their life stories and about their present situations through writing. This is definitely not a course focused on the mechanics of writing.”

Guerra began volunteering at King County Jail in 2005, where she planned on teaching a creative writing course to women. However, she quickly realized that the structured organization of a typical college class would not apply in this setting. Although Guerra meets with the inmates once a week, the turnover rate is constant, meaning she could see new faces every class period.

“At that point I didn’t understand the high turnover rate,” Guerra said of her original plan. “I envisioned teaching a college class. I even had a syllabus. But there’s no chance for serious consistency. I could never give a project that requires six weeks for completion.”

Although some may have apprehensions about volunteering with inmates, Guerra was surprised by the lack of behavioral problems she encountered.

“The one thing that surprised me was how little trouble I’ve had,” Guerra said. “In all the time I’ve been volunteering there I’ve had one awkward experience. Honestly, the women are such a pleasure to work with. They’re really kind to each other and they’re kind and respectful to me.”

Although the behavior of the students in both Guerra’s normal and unconventional classroom is similar, one prominent factor emerged. Addiction is a prevalent factor in the lives of some of the women in King County Jail. Although a striking challenge, Guerra had planned ahead for this obstacle.

“I was prepared,” Guerra said. “This is my research focus as well, I research literacy within at-risk populations. From reading literature that comes out of jails I felt like I had a good understanding of the population I would be working with and the types of challenges I would face.”

After receiving a grant to build a fiction and memoir-writing program from Seattle Office of Arts and Cultural Affairs, Guerra decided to expand her classroom to the young women at the King County Juvenile Detention Center. Since September 2012, Guerra has been working with girls from ages 13-16 there.

“I’ve missed that audience,” Guerra said of the new program. “I spend so much time teaching teachers how to work with teens that I’ve forgotten what a pleasure it is to work with teens directly themselves. I’ve been really inspired in my own work and in my teaching.”

Guerra often stresses to the juvenile girls that this time in their lives is temporary; encouragement to better oneself is a personal lesson prevalent in her classroom.

“The juveniles are not completely set in a life course at this point,” Guerra said. “I feel like there’s a little more of a chance to help them choose a different path in life, especially since their records are not permanent. I really emphasize that to them. I try to help them understand that this isn’t going to haunt them.”

Adding two weekly commitments to her heavy schedule of a career at Seattle U, the release of a novel, research on literacy instruction for at-risk and incarcerated teens, and a family seems daunting. However, Guerra found the need to serve her community through her faith.

“Honestly, the Bible,” Guerra said of what inspired her to begin working with incarcerated women.

“I’ve never fed any hungry person and I’ve definitely not given anybody clothing,” Guerra exclaimed referencing a passage from the Bible. “There’s something missing here, what can I actually do? This was the one thing that I thought I could do in my real life and actually stick with.”