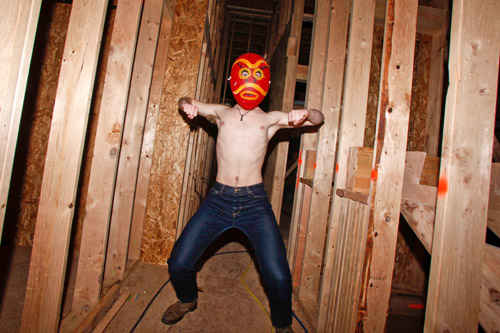 “Do the Harlem Shake!”
If you’ve been on YouTube recently, then you probably have seen that phrase followed by a group of people dancing wildly to a bass-heavy tune.
But that’s not the Harlem Shake.
Not really.

Despite being a viral phenomenon, the original Harlem Shake comes from Harlem, New York after a resident, named “Al B,” created the dance.

The Harlem Shake started in the 1980s and although only started by one man, quickly became a community dance move.

The original Harlem Shake, however, has no relevance to the 2013 released song “Harlem Shake” by Baauer that was uploaded to YouTube and has now sparked an Internet sensation.

It started on Feb. 2 when a few teenagers from Australia decided to upload a dance video for the song, creating the form that the videos have now copied.

The videos usually start with a masked individual dancing to the song for the first few seconds with a crowd standing around. When the bass drops, everyone in the shot starts dancing wildly, thrashing their arms and jumping up and down.

Renditions of this video have been so popular that Seattle University students have joined in on the meme. Groups like the men’s swim team, D-I Improv and Redzone have all made and uploaded their own versions of the Harlem Shake.

However, the Harlem Shake has also sparked some criticism with another video circling around.

The video features residents of Harlem watching and responding to the multiple “Harlem Shake” videos.

“That’s not the Harlem Shake,” one resident points out to the camera. The others in the video feel the same, many of them laughing or getting upset about how the videos are representing the shake.

“I feel like they’re trying to disrespect us” is one of the many quotes in the video that are said of the Harlem Shakers.

By participating in the craze, Seattle U has joined in the “disrespect.”

“I never even made the connection to Harlem, New York,” said student Jessica Lacayo, who was part of the D-I Improv’s Harlem Shake video. “I just thought it was another dance craze like the stanky leg or jerking.”

Perhaps groups on the Seattle U campus have not realized how this might affect the residents of Harlem that, according to the reactions video, is not positive.

Seattle U senior Jacqueline Shrader shares this viewpoint. After hearing about the videos from a roommate, Shrader felt that the dance perpetuated discrimination against a historically discriminated place.

When asked if they had anything to say to the Harlem Shakers, the residents of the video begged people to stop mocking the dance of their neighborhood.

There have been many posts of this video on Facebook, with some Seattle U students asking people to look critically at this dance as something important to the culture of Harlem.

“[Students] should be practicing critical analysis in the micro-aggression that this school fields through recreational activity,” said Shrader.
But even with this cultural criticism view, is interpreting the dance wrong, or just a bit of fun?

This cultural appropriation is certainly not the first of its kind, so why are people in such a fuss over it? It could be that the average uploads of the videos has reached about four thousand per day or that Baauer single reached the number one and two places on the iTunes chart in the UK and Australia.

While the Seattle U involvement seems to have upset some people, others are indifferent.

Some students are just annoyed at the dance craze, not because of the cultural insensitivity but because the dance is ridiculous and the
song overplayed.

How long will this trend last or is it already dying out? If it is dying out, the residents of Harlem will probably breathe a sigh of relief and the world of YouTube will be much quieter.