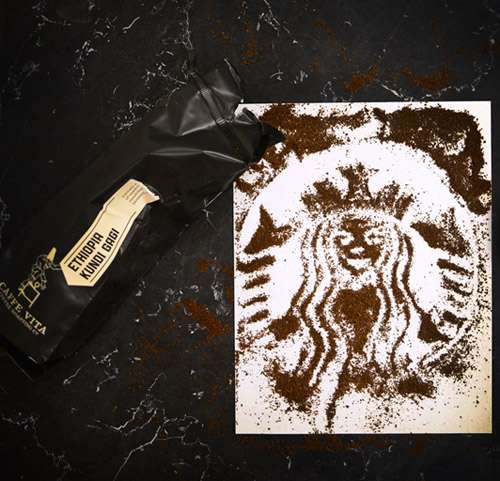 Coming soon to Capitol Hill, a brand new and completely unknown establishment will find its place amongst the hip bars and restaurants—a Starbucks.

Already joining the 424 Starbucks existing in the city of Seattle alone, the new location to open on Pike and Broadway will be one of two sharing the same crossroads.

The overwhelming presence of Starbucks begs a question of Seattleites: how they like their coffee.

As Seattle is home to the original Starbucks and is generally known for its coffee aficionados, the dynamic between the ever-growing corporation that is Starbucks and the independent shops that fill our neighborhoods has always been an interesting one.

When one enters an independent coffee establishment, they are most likely greeted with a friendly dynamic. The atmosphere is tailored to promote community, coffee sipping and conversations. Couches hold grungy and rugged customers. The music usually echoes the tastes of the indie generation and is played just a little too loud.

And one cannot forget the highlight of the independent coffee scene: the perfectly crafted cappuccino swirls. Nothing quite compares to the coffee that fills those mismatched mugs. Needless to say, independent establishments just scream Seattle.

“I just adore this place. It’s local, they are super friendly folks. It’s like a hip ‘Cheers!’ I enjoy coming here on the weekends for my morning cup with the Mister. They tend to play groovy tunes and it’s so diverse with singles, families, you name it” said Yelp reviewer Anita of one establishment.

Change of scene. One enters a Starbucks. With only slight variations to its internationally existing layouts, one would be hard-pressed to find a person who couldn’t subconsciously find their way to the register without a thought. Customers are bombarded with the same obnoxiously prominent Starbucks merchandise which most likely fills the location down the street. One orders a triple venti Orange Mocha Frappuccino with extra cream, extra syrup, and extra whip ($7.47 for this concoction), which they probably paid yesterday and they day before that.

However, prior to Starbucks becoming the highly formulaic experience that it now is, it was a small, single-store operation in downtown Seattle.
Starbucks opened its first store in 1971. Just one store.

“Everyone seems to hate Starbucks and its evil corporation, but the truth is it started small just like independent places,” claimed a customer of Caffé Vita.

For five years Starbucks sold only roasted coffee, no brewed or specialty drinks, no Orange Mocha Frappuccinos. Starbucks began its domination of the coffee world early on with its purchase of Peet’s Coffee in 1984. Gradually, Starbucks began to expand both in location and in product. By 1989 they occupied 46 stores residing between the Northwest and Midwest while roasting two million pounds of coffee per year.

The new millennium brought with it the purchase of Seattle’s Best Coffee, Torrefazione Italia, Coffee People, and their most recent accomplishment, Teavana. Starbucks now has 17,651 stores in 61 countries. Don’t worry if you are in the Philippines and are in need of one of the aforementioned Orange Mocha Frappuccinos, for the island offers 204 locations to choose from. 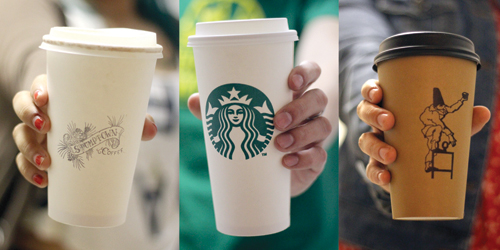 Not only does Starbucks now sell specialty drinks, they offer a variety of other services to their customers. One can choose from a selection of sandwiches, pastries, CDs, coffee mugs, syrups, teas…the list goes on and on. Select locations have even added alcoholic beverages to the menu to be served after 4 p.m. Customers can partake in the loyalty program, in which they are offered perks including free wi-fi, refills and syrups. Customers can have coffee delivered to their doorsteps. Customers can give suggestions online through the use of the My Starbucks Idea website.
If you don’t have to time to actually visit a Starbucks and purchase an Orange Mocha Frappuccino of your own, just stop by a gas station for a bottled beverage, or a grocery store for Starbucks brand ice cream. You can probably find something with the provocative green mermaid virtually anywhere.

Long story short, Starbucks has its bases covered. Despite its humble beginnings, Starbucks has become the ultimate corporate coffee shop.
One might expect Seattle coffee enthusiasts to have a resoundingly negative opinion towards Starbucks. Surprisingly, this may not be the case.
After reading rave reviews of Espresso Vivace on Broadway and Mercer, I decided to get a taste of both the coffee and aura of the renowned independent coffee haven. My latte was nothing short of perfection. The milk was perfectly infused with the espresso, with a mild hint of sweetness melding the two together. And don’t forget the swirl on top. It was immaculate. How anyone could choose anything other than this to caffeinate oneself was beyond me. But, proving me wrong, the customer I spoke with was more apathetic towards her coffee experience than I would have assumed.

“I suppose I go independent more often, but I go to Starbucks all the time when I am out of town.”

Even more shocking was that this was the identical response moments later from the very barista working Espresso Vivace. He has worked there for 14 years.

“I guess I go to both. Caffé Vita coffee tastes better, but I go to Starbucks specifically for their chai.”

A second Caffé Vita customer gave the definitive answer as Starbucks as her coffee location of choice.

“Starbucks’ customer service is better. They are consistently great in terms of service and consistency.”

When it comes down to it, Starbucks isn’t much of a threat to the independent café simply because they fill different niches. They’re probably both safe, and independent coffee shops on Broadway shouldn’t worry too much.

“It happens millions of times each week—a customer receives a drink from a Starbucks barista—but each interaction is unique.” Despite Starbucks’ claim in their mission statement, the fact remains that the general appeal of the company lays in its consistency. The efficient environment in which Starbucks baristas cheerfully make their coffee according to a “beverage routine” provides its customers with a sense of safety. Starbucks essentially promises that each Orange Mocha Frappuccino will be identical each time it’s made.

The thrill of a perfectly crafted latte is apparently lost on the masses, whose taste buds are cultivated to appreciate only a select and consistent menu of coffee. According to Starbucks barista Suzie, it is this consistency that sets Starbucks apart from the rest, “No matter where you go in the world, you can get the same drink anywhere.”

Starbucks is mass-producible, consistent, dependable—but surprisingly not as much of a threat to small businesses as one might think. It is essentially a demagogue amongst the coffee consuming world.

No wonder we need so many locations on each block.