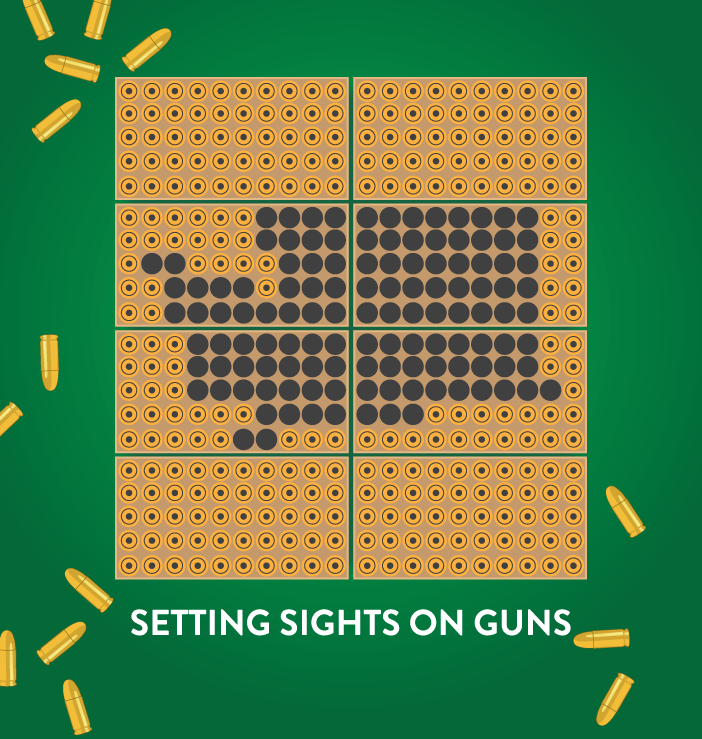 On Jan. 13, the rumble of over 1,000 Washingtonians could be heard as they trekked up 4th Ave. from Westlake Park to the Seattle Center Mural Amphitheater.

StandUp Washington, a march sponsored by Washington Cease Fire and others, aimed to “send a clear message to our legislators that we want to ban semi-automatic assault weapons,” says the event’s web page.

Amongst the countless issues the United States constantly wrestles with, the question of gun control has shot its way to the forefront. From the shooting in Aurora, Colo. to the deaths of 26 people at Sandy Hook Elementary School, tragedies involving firearms have hit the nation hard within a compact timeline. It begs the questions: what are the causes of such calamities and more importantly, how can we stop them?

As always, these weighty topics do not have a simple yes or no answer. Views on gun control often lie on opposite ends of the spectrum. So far, it appears no one solution pleases a majority, but many organizations, on both a local and national level, are working to resolve this issue through a multitude of venues.

In Seattle and throughout the state of Washington, the efforts to take action on this national concern are in full swing. Prominent speakers, including Senator Ed Murray and Seattle Mayor Mike McGinn, addressed the crowds at StandUp Washington and listened to their call for stronger restrictions on firearms. According to an article in The Seattle Times, Murray and others were drafting a bill to introduce legislation regarding gun control.

“We think it went extremely well,” said Beth Flynn, Executive Director of Washington Cease Fire and Seattle U graduate. “We figured there were about 1,200 people there. It was a very successful event and a good kick-off to the opening of the legislative session. We’re sending a message to lawmakers that we’re serious about some common sense gun laws.”

Though the intent of StandUp Washington is clear on their website, its sponsor, Washington Cease Fire, has outlined specifics on what they want to change about the way weapons are regarded by the law.
This organization, which began in 1983, has garnered much respect nationwide over the past 30 or so years. Listed on their website are some of the policies its members are ardently working to implement.

“Other states have: closed the gun show loop-hole, banned the sale of military-style assault weapons, limited the handgun sales to one per month, carefully regulated concealed weapons permits and banned open carrying of guns… Washington Cease Fire believes those policies should be adopted to save lives in Washington state.”

“The gun show loophole refers to the fact that you can go to a gun show any weekend in the state of Washington, purchase a semi-automatic from an individual and it’s considered a private sale and those are out of the realm of having a background check,” Flynn said. “Eighty percent of people in prison for gun-related crimes purchased their weapons at gun shows. You could drive a truck through the loophole we have in our in state.”

Although Flynn says changing the current policies will be an “uphill climb,” she has a clear idea on what path will lead to success for Washington Cease Fire.

“The number one impact on reducing gun violence happens to be legislation,” Flynn said. “If we were able to get the gun show loophole closed and the President is somehow able to get an assault weapons ban on a national level that would be a great victory for the state of Washington.”

Another effort in Washington is occurring close to Seattle University. On Jan. 26, under Interstate 5 between James St. and Cherry St., the Seattle Police Department will be hosting a buyback program. The typical agenda of a buyback program: hand over your weapon and, depending on the type of gun, you will receive money for it. The Seattle Police Department has raised funds to support this program with the help of sponsors.

According to the SPD Blotter, “For every handgun, shotgun and rifle you turn in, you can earn a gift card up to $100 from companies like Amazon.com.” In return for firearms classified as “assault weapons,” citizens can earn up to $200 worth in Amazon gift cards. Police have ensured civilians that the program is anonymous and no questions will be asked of the people bringing their weapons in.

In theory, the program appears sound. SPD is hoping this exchange will appeal mostly to the youth; young adults receive money in exchange for their weapons and essentially a win-win situation ensues.

Unfortunately, criticisms of such a strategy abound. According to an article on seattlepi.com, unfortunate consequences followed a similar buyback that occurred in Seattle in 1992.

“What happens is they usually get firearms from low-income families, who are usually the highest at risk to be victimized by criminals,” said Miller. “Or they’re taking guns away from the elderly or people who do not know the value of the firearms.

“These firearms can hold historical significance,” Miller said. “There was a buyback about two months ago where an old German firearm with significant value was turned into one of these programs and handed over to one of the museums. These people do not know a lot about the firearms. They are just turning them in because they have a financial need.”

The efforts being made to change the level of gun control is not just restricted to the state of Washington. New York recently passed what, according to The Seattle Times, are “the nation’s toughest gun control laws.”

“The New York legislation tightens a ban on assault-style rifles, calls for background checks on ammunition purchases, outlaws large-capacity magazines and tries to keep guns out of the hands of mentally ill people deemed to be a threat,” said the Seattle Times article.

Some changes to be brought about by this legislation include requiring doctors to report to law enforcement if a mentally unstable patient gives the impression that they are going to use a weapon and background checks for people wishing to purchase ammunition.

A few of these policies implemented in New York echo the 23 Executive Actions President Obama announced on Jan. 16.

According to The Wall Street Journal, along with amending gun laws that will now be “banning the sale of certain semiautomatic rifles and high-capacity ammunition magazines,” a list of 23 Executive Actions that cover a wide range of preventive strategies will be enforced throughout the nation.

These policies consider more of the safety measures that need to be adjusted to reduce the amount of gun violence rather than the restriction and banning of certain firearms.

For example, a large emphasis on improving the system of background checks is being put into place. A list of the 23 actions in The Wall Street Journal states that the first one requires “federal agencies to make relevant data available to the federal background check system.” Also, other barriers that have previously restricted the availability of information will be reevaluated.

Another important action that will be put into place is to “launch a national safe and responsible gun ownership campaign.”

Finally, the list touches on an area associated with gun violence that many believe receives insufficient attention: the understanding of mental health disorders. Many of the Executive Actions that the President announced deal with the issue of mental health. To name a few: allowing health-care providers the opportunity to alert law enforcement of threats of violent activity, researching further the cause and prevention of gun violence and “clarifying the scope of mental health services that Medicaid plans must cover.”

“I was very happy to see that the President on that day empowered the Center for Disease Control to begin to do gun violence research,” Flynn said
“He didn’t touch guns themselves, he touched the issues around guns,” Miller said. “We need to take a step back and say, ‘Where’s the problem and what can we do to fix it?’ What [Obama’s] doing is actually going to work, in some way shape or form.”