A Premature Look at the 85th Academy Awards: The 2013 Oscar Contenders 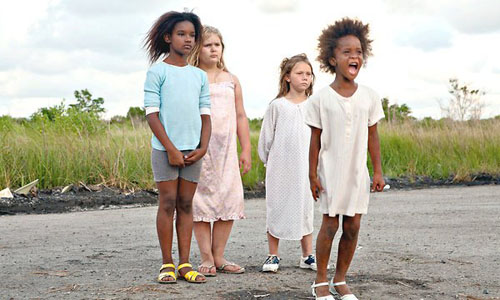 In Zeitlin’s feature film debut, he focuses on the tale of southern Louisiana bayou community known as the “Bathtub” and two of its members, six-year old Hushpuppy and her father Wink. As a young girl without a strong adult figure in her life to emulate, Hushpuppy must learn the ways of courage and love by herself in the wake of a major storm.

Many of the residents from in and around Montegut, La. either acted or helped with the production of the film. Dwight Henry, who plays Wink, is a baker by trade and was not even interested in auditioning for the film. However, once you witness the Henry’s talents and the various other actors, you will be grateful for Zeitlin’s determination to make the most authentic Southern narrative drama he could.

This year’s “Les Miserables” will be the 13th screen adaptation of the musical. However, this version is the first adaptation since the 1998 movie directed by Billie August.

The classic story tells the tale of the unfairly imprisoned Frenchman Jean Valjean (Hugh Jackman) being released after a 19-year imprisonment for stealing bread. Valjean breaks his parole and is pursued by Inspector Javert (Russell Crowe); the pursuit of policeman after prisoner continues for the next two decades and leaves the two men to find themselves in the midst of the 1832 June Rebellion of Paris.

Like “Django Unchained,” the film has not been reviewed yet and thus does not have released reviews as of yet. However, the film has a great deal of both talented film actors (Anne Hathaway, Amanda Seyfried, Helena Bonham Carter) and talented stage actors (Eddie Redmayne, Samantha Barks).

The film reportedly had a budget of $61 million, so it’s pretty difficult to believe that this adaptation of the classic French story will be anything less than extraordinary.

Life of Pi
Directed by Ang Lee
Now in theaters

Based on Yann Martel’s best-selling novel, Academy Award-winning director Ang Lee took what critics call an “unfilmable” book and created a cinematic masterpiece. Footage of the film was first seen in April at the CinemaCon in Las Vegas and has been making waves since. The film follows protagonist Pi who is stranded on a boat with a tiger following a disaster at sea. Although the footage revealed in the trailer was short, and hardly any words were spoken, the visuals—which can be credited to the film’s cinematographer Claudio Miranda—were stunning. While the film is already arresting in 2-D, some say this is perhaps this movie is the only 3-D worth the extra dollars.

Ben Affleck’s talent as a director is gaining even more attention since “Argo’s” release on Oct. 12. The thriller, which has already brought in almost $120 million at the U.S. box office, is loosely based on the rescue of six U.S. diplomats from Iran during the 1979 hostage crisis.

Upon hearing news of the hostage situation, a CIA specialist (played by Affleck) determines that the government should create a cover story that the embassy escapees are actually Canadian filmmakers, scouting out locations in Iran for a sci-fi movie. The movie follows Affleck into Iran and through the various struggles he and the six hostages face when trying to return to the United States.

The film currently has a 95 percent rating on Rotten Tomatoes; The Washington Times stated that “Argo” felt “like a movie from an earlier era.” However, critics also believe that characters were not as developed in the movie as they should have been for the audience, which could hurt the film’s chances of an Oscar for Best Picture.

According to critics, it seems that “Silver Linings Playbook” will be going head to head with “Life of Pi” for Best Picture. The film follows Pat (Bradley Cooper) who, after coming out of a mental institution, hopes to patch things up with his ex-wife. That changes when Pat meets the mysterious and equally erratic Tiffany (Jennifer Lawrence). Since winning the People’s Choice Award at the Toronto International Film Festival, the critics haven’t stopped raving about director David O. Russell and the film’s leading actors. Cooper, who is known as one of the sexiest men alive, and Lawrence, whose fame came from her role as Katniss Everdeen in “The Hunger Games” and a 2011 Best Actress nomination, may be key contenders for the acting nominations.

In his latest film “Amour,” Austrian auteur Michael Haneke is changing the pace. A director who typically focuses on the themes of violence and obsession, “Amour” pursues the softer theme of love through the story an elderly couple whose love is put to the test when the wife suffers a stroke. The touching storyline is foreseen to attract senior Academy voters in particular. The film won the Palme d’Or at the Cannes Film Festival and is a likely candidate for Best Foreign-Language Film at this year’s Oscars, as well as cinematography. Haneke could also land an Original Screenplay slot.

Within a few hours of the film’s preview at the New York Film Festival, “Lincoln” generated talk of Oscar nominations and is now at the forefront of this year’s Oscar buzz. The film is set during the Civil War, as president Abraham Lincoln argues with his own cabinet over the emancipation of the nation’s slaves. Two-time Oscar winner Daniel Day-Lewis plays Lincoln and the critics have so far sung his praises as a favorite for Best Actor. Tommy Lee Jones—who plays Republican Thaddeus Stevens—could be considered for a Best Supporting Actor nomination and the film could also garner Best Picture and Best Director nods or wins.

Inspired by Sergio Corbucci’s 1966 film “Django,” “Django Unchained” allows Tarantino to prove to his audience how vast his directing talent truly expands. The film follows the story of Django, a slave living in the Deep South who begins the film awaiting a slave auction. Django is freed by Dr. King Schultz (played by Academy Award winner Christoph Waltz), and the two then join forces to find Django’s wife from a plantation owned by Leonardo DiCaprio.

While the film is not yet in theaters, the film was predicted to screen secretly at the Rome Film Festival this past weekend. Although nothing has yet been confirmed, Tarantino allowed the media in attendance at this year’s Cannes Film Festival to view some seven to eight minutes of footage. The rest of us will have to wait to see this director’s mastery when the film is released on Christmas Day.

The Master
Directed by Paul Thomas Anderson
Now in theaters

In Paul Thomas Anderson’s first film since 2007’s “There Will Be Blood,” The Master focuses on a World War II veteran struggling to adjust to a post-war society. The veteran, played by Joaquin Phoenix, meets a leader of a philosophical movement known as “The Cause,” and the two begin to travel along the East Coast to spread the teachings.

Released on Sept. 14, the film has already garnered a great deal of critical acclaim in the film community. At the Venice Film Festival on Sept. 1, it won the FIPRESCI Award for Best Film. Yet, writers at Indiewire claim that while the acting and cinematography of the film were spectacular, “The Master” still left many critics cold.